After four months and many failed attempts to trade for Carmelo Anthony, the Nets are pulling themselves out of the MeloDrama. It appeared that the Nets had the players and the picks to bring the Nuggets All-Star to New Jersey, but instead it was another failed attempt to land a star player. They missed out on LeBron James, Carlos Boozer, Amar’e Stoudemire, Joe Johnson, Rudy Gay, and others in free agency and now you can add Carmelo Anthony to that list as well. The Nets made the right move though. As much as they need a superstar in New Jersey and as much as they would’ve loved to have Carmelo around for the next few years, it appeared that Anthony just didn’t want to go to New Jersey and the Nuggets continued to ask for more and more throughout the negotiations. Melo is an All-Star and would be a great piece to build a franchise around, but it didn’t make sense for New Jersey to give up their entire future for a player that has his sights set on bright lights of Madison Square Garden.Billy King joined WFAN in New York with Joe and Evan to talk about whether or not the Nets are actually moving on from Carmelo Anthony, if he has had conversations with the Nuggets after the decision was made to pull out of the talks, whether or not he enjoys making trades, how much better the team will play now that they don’t have to deal with the Anthony talk, and if they believe they can actually land a superstar to play in new Jersey. 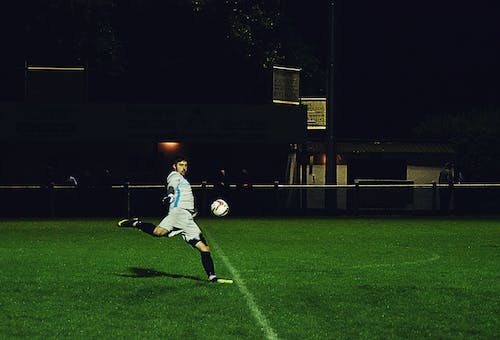 How much conversation he has had with the Nuggets since the decision last night:

“I received a text from (Nuggets GM) Masai (Ujiri) late last night after the game and he just said basically that he enjoyed the experience. Sorry we couldn’t get anything done and good luck.”

If he enjoys trying to make trades when they can be so frustrating:

“In doing trades, that’s my job. I do enjoy trying to make a deal, but what I didn’t like about it is the fact that our players names were out there so public. Some of it was true and some of it wasn’t and that’s the part I didn’t like. They have kids, they have families, they have mothers, dads, and all that. It affects them a lot. People say well they make a lot of money and they’re still human beings. That part I regret and I’m going to meet with them before practice and tell them that. I’m going to tell them thank you because throughout all of this, they have been the most professional.”

The team playing better now that they don’t have to worry about this stuff:

“They did. I think we’ve lost some games due to this because it’s on your mind. Last night they went out and played and had fun and enjoyed the game. I’m happy for them because they were able to perform well, beat a good team at home, and we have a good home stand coming up where we can string some games together.”

How he feels about the team overall:

“I think going into this Collective Bargaining year not knowing what it’s going to be. You want to have as much flexibility and I think we have that. I think we’ll have 23 million in cap space, we have picks, and whenever the new CBA comes in, we’ll have the flexibility to make decision to better our ball club. Then the fact that we have a young Derrick Favors, Brook Lopez is really young, and the majority of our roster is really young and we’re going to add players to it. If you look at some teams and how they’ve been built through the draft, that’s how they’ve done it. Then they’ve added a player when they need be. You’ve got to get lucky in the draft but also you’ve got to add talent and sometimes young talent is the best way to go.”

Whether or not he thinks this shows that New Jersey won’t be able to land a superstar:

“Not at all. Kevin Durant is a superstar and he’s in Oklahoma City, Reggie Miller was in Indiana, when Michael (Jordan) went to Chicago, the Chicago Bulls were a franchise where you could just walk on the street and get a ticket for. He turned it into that. Sometimes you develop your own star and I don’t foresee players looking at this and saying I don’t want to play in a billion dollar building in Brooklyn at the Barclay Center. I think they’re going to be saying they’re in the Barclay Center playing there and I want to be a part of that.”