Heading into the season the Eagles were certain that Kevin Kolb was going to be their starting quarterback, but then he suffered a concussion and Michael Vick was forced into action.  That injury was a blessing in disguise because who knows where this team would be right now if Kolb remained behind center.  Andy Reid’s decision to stay with Vick was initially met with criticism, but that is now a distant memory because Vick has played incredibly well.  The Eagles are 8-4 and atop the NFC East with four games remaining in the season and Vick has thrown for 15 touchdowns, rushed for six TD’s and has only thrown two interceptions all season.  We knew how good of a football player he was and knew that he is as elusive as a quarterback can come, but no one really knew how much of a leader he was until this season.  For his efforts this season, Vick has been mentioned to be in the running for the NFL’s most sought afterindividual award, the NFL’s Most Valuable Player Award.  What an accomplishment that would be for him going from prison to the pinnacle of the National Football League. Mike Vick joined WIP in Philly to talk about whether he feels like he is welcomed in Philadelphia when he is out in the public, what he was telling his teammates when they were down 24-20 against the Texans, and whether the offense is satisfied putting up a lot of points. 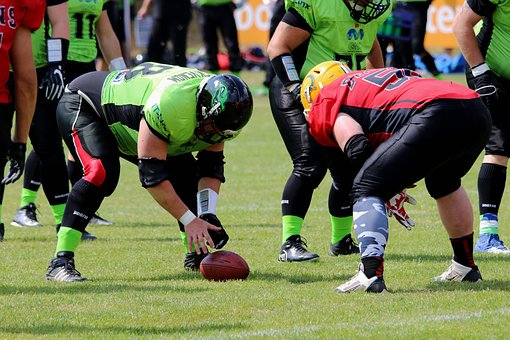 Whether he has to calm down LaSean McCoy every once in a while:

“I think what everybody has to understand that there is only one football.  We are only going to get about 50-55 plays on offense, it is going to be more pass than run.  I think Shady understands that we are not a team that is going to line up and run the ball 20 times a game.  He may get 10 runs and four screens, which is good for him.  I try to tell him it is going to keep him fresh, extend your career by a long margin and just have fun playing the game and enjoy it.”

How he is dealing with being the man in Philadelphia:

“I mean it is great, it is unbelievable.  Being here last year I really didn’t have a chance to really get a feel or a sense of what it is really about.  I knew that the fans were very into their football.  They love the game.  They are very passionate and they want to win.  Just after being here and having a chance to see what the atmosphere is going to be like and having a chance to soak it all in.  It has been great.  It has been a great feel.  You want fans that demand a lot out of the team, demand a lot out of the players because it keeps you on track.  It keeps you on your toes.”

Whether he feels like he is welcomed in Philadelphia when he is out in the public:

“Yeah, I mean it is a great feel here.  It has been that way since I have been here.  It is also that way regardless of where I am at.  Some people may not believe that.  Even when I was going through all of the turmoil and tough times I got a warm reception wherever I was at.  Not everybody agreed necessarily with what had happened and what transpired…”

What he was telling his teammates when they were down 24-20 against the Texans:

“I just told the guys in the huddle that it is time to grit your teeth, it is time to put it all together.  The concentration level has to be up at 100% and we have got to make it happen somehow, some way, and we did it in about five plays.”

Whether the offense is satisfied putting up a lot of points:

“It is always good to come from behind.  Against Detroit, against Indianapolis, last night we feel behind and those are the times where you have got to have a serious gut check.  You have to dig deep and find out what it is going to take to win the game.  That is when you have to put forth your best effort.  Like I said, your concentration has to be up and be on your best, focused.”