Mike Vick continues to do all the right things on the football field. He’s got his name squarely in the MVP race and the Philadelphia Eagles on track for the playoffs and perhaps an NFC East title.Much of the time, he’s also saying all the right things as well. He has yet to be baited into calling out the league despite the fact that the rules for hitting a quarterback out of bounds don’t seem to apply to him. All of that said, every once in a while he still says something that makes you scratch your head.Like this week, when Vick said he would like to own a dog again. That seems like something he probably could have saved for a later time. And in the following interview, Vick calls DeSean Jackson a team player. Yeah, the same DeSean Jackson who seems to get flagged weekly for end zone celebrations and has made himself the poster child for celebrating too much and too early.Mike Vick joined WIP in Philly with Howard Eskin and Ike Reese to discuss teams continuing to hit him out of bounds, the Eagles’ health as a team, whether he worries about his health in the long run, having DeSean Jackson as a weapon, his relationship with Jackson, Jackson’s end zone celebration, taking on the Giants’  defense again and Tashard Choice asking for his autograph. 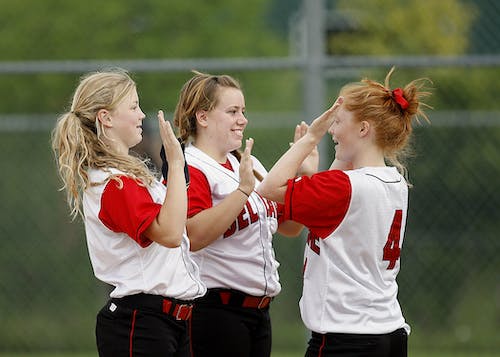 On trying to have everyone healthy down the stretch:

“You need all your key players out on the field at all times. If we can do that, then we give ourselves a legitimate chance of competing for the next three weeks and hopefully into the postseason.”

On whether he’s worried about how many hits he can take:

“No, it really don’t cross my mind because the next day I wake up and I’m not sore. I’m back in the weight room lifting weights. I don’t know what that’s a credit to, but hopefully I can continue to feel this way. It’s not like I’m getting 15 or 16 times a game … They actually look worse than what they are.”

On the luxury of having DeSean Jackson:

“It’s always good to have a big play guy, a guy where you can just put the ball in his hands and he can take it the distance. We’ve got a couple of guys like that on this team, but DeSean displays week-in and week-out that he has that type of ability. It’s great that you can have a guy that you can depend and rely on.”

On his relationship with Jackson:

“DeSean and I have a great deal of respect for one another. Just as much as he respects me, I respect him. He just has that desire to be great. He wants to be great, he chases perfection week-in and week-out and he’s a team player. … DeSean can have one catch and if we win the game, he’s the happiest guy in the world.”

On what he thought he when flopped into the end zone:

“It was actually funny. That was a nice celebration. I wish he would’ve fell back once he got into the end zone, then it wouldn’t have been assessed on the kickoff.”

On facing the Giants defense again:

“They generate a good pass rush. They’ve got a good defense. They played it differently than we thought they were going to play. Every game is not going to be a game we come out and just blow a team out. … They did some things out of the ordinary. They blitzed a little more than we thought. It was nothing that we couldn’t handle, they just did it and did it well.”

On what he thought when Tashard Choice asked for his autograph: