Mike Tyson on Old Self: “I wish I could be that guy just for reality television, I would be off the hook!

Having now listened to four or five Mike Tyson interviews on various stations across the country this past few years, one thing sticks out — the hosts always absolutely love the experience.  Tyson’s first ever appearance on XX 1090 in San Diego is no different. Scott & BR, the station’s flagship hosts, are absolutely thrilled to be talking to him.Tyson never seems to give less than a 15-20 minute interview, which allows the conversation to meander between various topics regarding Tyson’s life, past and present. Because there seems to be such a huge dichotomy between the reckless Iron Mike persona of the past and the calmer, more focused and grounded Tyson of today, the discussion is always fascinating. And funny since Tyson has no problem laughing at himself and wondering how in the hell he used to be so crazy.Tyson joined XX 1090 in San Diego to discuss his transformation from crazy, out of control Iron Mike to the more grounded and normal person he is today, how all the bad influences in his life as a young man really made it tough for him to stay in control, when he started to make the changes that we’re seeing out of him today, what prison was like, how he originally got additional time added to his sentence for fighting, how certain mental health professionals have helped him turn his life around, his new television project called ‘The Brick’ that he’s involved with, his love of pigeons, and why the only reason he wouldn’t mind being his old self again would be to see how ‘off the hook’ he would be on reality television. 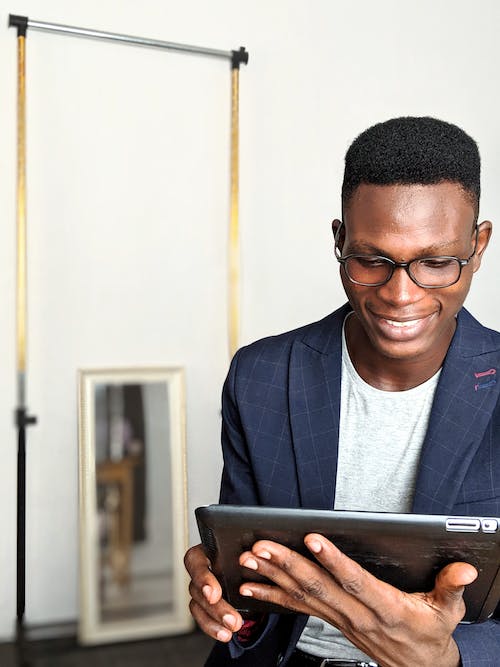 “I don’t know if it’s called reinventing yourself or just having your sense. I don’t know, I think I was crazy for the first 20 years of my life. I thought I had some personality disorders, I was a mess! I don’t know. And y’all loved that guy! That’s the whole thing about it — everybody loved him.”

On when exactly things started to spiral out of control for him as a young boxer that was beginning to have some success:

“It’s your life skills, the tools you have for life, and your influences. I had miserable influences because I allowed myself to be influenced in that way. I wanted that, and when you give off that energy that you want that slick, sly, gritty life, it comes to you. Whatever energy you give out, it comes back.”

Who helped him realize that it was time to change:

“I don’t know, but I went to the end with that and I knew where that was taking me. I was like ‘let’s trying something new Mike.’ I’ve been in all these great rehab programs, and I met a bunch of really interesting people. You know, these guys job in life, they come from a multi-billion dollar family to a god-damned Hells Angel guy, an Aryan brother who was some radical guy at one point in his life, and they dedicate their whole life to helping people. They can come from all forms of life, they just dedicate their whole lives to helping people. And the field they’re involved in and they’re employed, they’re magnificent as far as helping people improve their lives.”

On what it was like in prison and what kind of treatment did he receive from fellow inmates:

“I don’t know, I’m just living my life. I’m not looking to be Mike Tyson the superstar and if I’m somebody you need to respect me. No, that wasn’t my grand scheme of things when I first entered the place. No, it wasn’t ‘I’m Mike Tyson if you look at me wrong, if I misinterpret anything you say it’s a problem.’ And I didn’t do well the first two years, I had to get it right, I had to as I said earlier find some better influences in my life, I had to be able to give respect in order to receive it.’

And did that happen in prison?

Why did he have time added to his sentence at first:

“You know, being Iron Mike.”

If there was as much money and adoration as there seemed to be:

“Absolutely there was. I just don’t understand that life now. It’s such a different life now. It used to be I woke up in the morning and I saw something in the magazine I wanted, I’d say ‘hey let’s buy this house on the beach.’ Something bizarre like that. That’s the last thing on my mind now. Now it’s how are we going to get these kids on Medicare, or if they’re going to have healthcare when I die, just some stuff that’s some mundane bullshit but that’s very significant in my life now. You know?”

If he’s living in a modest home or in a sprawling 10,000 square foot mansion:

How many kids does he have?

How many of those eight does he live with now:

If he has any new projects in the pipeline:

“Oh man, it’s so awesome that my wife created basically and now we’re putting it to work with Spike Lee and John Ridley and Doug Ellis from Entourage. One day I was doing an episode of Entourage and I said ‘hey Doug, why don’t you do with my life what you did with Mark’s life?’ He was happy to follow around my life when I was heavyweight. He was like ‘let’s try that out.’ So now you can check it and it’s called The Brick. It’s going to take place in Newark, New Jersey,  and the guy Johnny The Destroyer, he’s a Mike Tyson type figure. It’s parts of my life, the exploits of my life, the exploits of other fighters I witnessed go through crazy stuff with managers and girlfriends, screwing them over, giving them diseases and beating them out of money. It’s like Entourage meets The Wire.”

On what it is about pigeons that he loves so much:

“Do you have fish or anything? Do you have pets, do you have dogs, do you have horses, do you know anybody with horses? So tell me do you know the enthusiasm they have with their horses. Are they proud when you come around? Do they show their horses off? Oh man, this is the same thing with pigeons and it just depends on what bloodline you have. They talk about what bloodline the horses have and what their mother and great-granddad and all those people did, huh? It’s the same thing with pigeons. They’ve been doing this before Christ, some people just have the bloodlines since before The Crusades. Did you hear what I said? They have the bloodlines of Richard the Lionheart (???) and all those other pigeons.”

After having a clip of himself played back, Tyson launched back in about his old ways: