We’ve got one standard here and it’s not graded on a curve:

the standard is winning.”Raise your hand if you thought the Pittsburgh Steelers would be  at the quarter pole of the season. It’s not like the Steelers don’t win on a yearly basis. They just, of course, were missing a certain someone to start the year: franchise quarterback Ben Roethlisberger. Sure, some of you out there rightfully forecasted that the Steelers could navigate the first portion of their season with a steady dose of nasty defense and solid rushing, but most, particularly the national media, thought that Pittsburgh would be fortunate to sport a 2-2 record through the first four games. The Steelers have used that as motivation to begin the year. If you don’t believe me, just listen to head coach Mike Tomlin, who for the umpteenth time in the past month, said that ‘the standard of expectation does not change’, regardless of who’s available and playing on a week-to-week basis for the black and gold.Tomlin joined Mike & Mike In The Morning on ESPN Radio to talk about him being a bit frustrated by those who doubted his team before the season started, how no single factor changes the expectation of winning in Pittsburgh, what his message was to the team when they learned that they’d be without the services of Roethlisberger to start the year, how the injuries to his reserve quarterbacks proved to be more of a challenge than was the suspension, just how good the defense has been picking up the slack, and how he doesn’t foresee a competitor like Big Ben being too rusty upon his return in Week 6 against the Cleveland Browns. 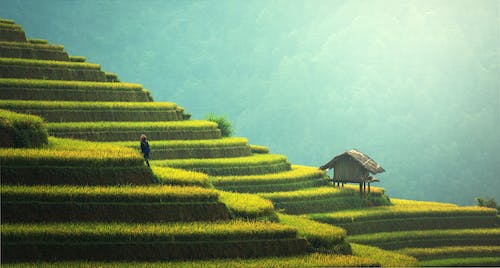 On being doubted by most in the national media (Mike & Mike included) at the outset of the season:

“Well the standard of winning is one that we embrace man, and we’re in the midst of doing that. Sometimes your patience wears thin with people who don’t share the same view as you have.”

On what the message was to his team after learning about the suspension of Roethlisberger back in the spring:

“We’ve got one standard here and it’s not graded on a curve: the standard is winning. Really, the process or the challenge wasn’t as daunting as it was meant out to be. It was easier to deal with than say an injury because of course we had five or six months to prepare for it. We knew we had an issue way back in the spring, we were given time to acquire a guy like Byron Leftwich. We knew throughout OTAs, training camp and the preseason what we’d be faced with.  So we had plenty of time to prepare ourselves and formulate a plan to address it. I guess the only unforeseen element of it was the fact that Dennis and Byron both got hurt.”

On the challenge of being forced to change the offensive game plan so frequently this season due to the injuries sustained by the Setelers’ backup quarterbacks:

“We just really wanted to play to their individual strengths, and maybe minimize their weaknesses. All three guys of course are different. Byron is an extremely strong-armed guy, Charlies a savvy above-the-neck veteran player, and of course Dennis is a young guy with a great deal of physical talent and running ability. So week to week we just wanted to play to their individual strengths, minimize their weaknesses, and we thought that would give us the best chance to win.”

On the stellar play of the defense through four games:

“Well each week we put together a game plan that kind of pits our strengths against our opponents and our weaknesses of course. It was evident on a week to week basis that we’re going to have to get quality play in order to get out of the stadium with the win. So they embraced that challenge and I think the play that they displayed was a result of that.”

On Commissioner Goodell’s statements that Roethlisberger did more than what was expected:

“Well, he’s embraced responsibility. He’s been very accountable in terms of this situation and dealing with it. He’s done everything that’s been asked of him, not only to the letter but beyond. He’s just had a great attitude in terms of dealing with it — a mature one, one that’s encouraging moving forward.”

On if he foresees Roethlisberger being rusty when he returns:

“I’m sure in some form or fashion. But guys like Ben — competitors — playing football is like breathing to them. I really think he’s going to get back in and get about his business. That’s what he does, what he loves, he’d do it for nothing. So I’m a little less concerned about that then one might think.”

On if he’d agree that Troy Polamalu might be the best player in the NFL, and on just how much he means to the defense when he’s healthy and playing:

“I would agree with that first statement. He’s got a strong argument for being one of the best players in this game. The things that he does, the instincts that he has, are God given. You can’t coach them. What you can do is appreciate them. He puts in on display Sunday in, Sunday out. He’s a great guy, a good teammate, and an unbelievable talent.”