Mike Tomlin: “We’re focused on what’s going on here in Pittsburgh and we trust that there will be enough.”
by Michael Bean

The Pittsburgh Steelers begin their season Friday night when they take on the Washington Redskins at FedEx Field. Head coach Mike Tomlin rarely gives interviews, but having spent much of his life in the Virginia/Maryland area, Tomlin was pleased to spend a few minutes talking to John Thompson, the former Georgetown coach who now has a radio show in D.C.  Right off the bat Tomlin praises Thompson and the trail he blazed for coaches like himself.The Steelers, like all other 31 teams, have some big question marks this preseason thanks to the shortened offseason. But almost all of their core veterans are back on both sides of the ball and the main uncertainties concerning the roster are really just relegated to the very bottom of the depth chart. Barring injuries, the Steelers should again be right in the thick of things in the AFCTomlin joined 980 ESPN in Washington D.C. to talk about what the significance of this year’s preseason is and in particular their opener against the Redskins Friday night, how much pressure there is on left tackle Jonathan Scott to play well this year in the wake of Max Starks being cut, on the pressure felt by him and his players to maintain and build the Steelers brand, how he’d categorize the culture of the Steelers organization, whether he thinks an organization needs to have that type of culture or identity in order to be successful, what his definition of physical football is, how good he thinks second-year linebacker Jason Worilds can be, James Harrison’s comments about Roger Goodell being in appropriate but a non-issue for his team now, taking notice of what teams like the Eagles and Jets did in the offseason but only for entertainment purposes, and focusing on the Steelers’ preparation as they try to make a return to the Super Bowl for the third time in his five seasons in Pittsburgh. 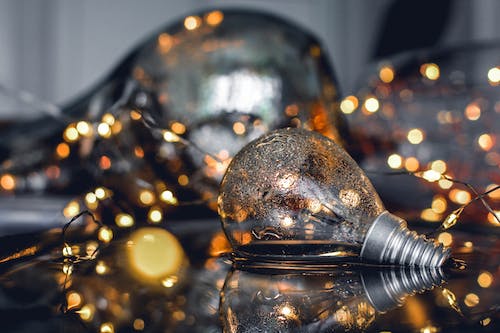 On what the significance of the first preseason game is to him:

On how much pressure there is on left tackle Jonathan Scott:

“He’s got a brick or two on his shoulders, but you know, he’s built for it. We’ve got some guys we’re excited about. We were fortunate to get our right tackle Willie Colon back in free agency. He sets the soul for the group in terms of his playing demeanor. Maurkice Pouncey is a solid young guy of course who last year went to the Pro Bowl as a rookie. We’ve got some young guys, some guys that have been around and knocked around a bit by the business a little bit, but they’re hungry which is good. We’ve got some guys with something to prove. We don’t run away from that. As a matter of fact, we embrace it.”

On maintaining and building on the Steelers brand:

“It’s awesome. It starts with the Rooneys — Dan and now his son Art. These guys know what they’re looking for. When they hire people, they hire people with similar philosophies. So you come in to an environment where you can be yourself because all things fall in line. This is the brand of football they want to play; it also happens to be the brand of football I believe in. That’s probably the chief reason they gave me this opportunity. I’m thankful for it and I think that other people in my position and other positions in this organization would say the same thing.”

How would he define the culture of the Steelers and does he think an organization needs to have a culture in order to be successful:

“I believe it should if it’s going to be consistently competitive because you need something to build around, something that everyone understands that when you put on that helmet or that uniform that you’re a part of something and that’s what it is. We believe in physical football, we always have, we always will. We believe that’s the game of football in its purest form and we’re going to try to play that as best we can.”

On what his definition of physical football is:

“Successful physical football is imposing your will on your opponent over the course of 60 or 60-plus minutes. And that’s what we desire to do.”

On how good second-year linebacker Jason Worilds can become:

“Oh man, he’s a great deal of talent. And I tell you what, he’s a smart kid as well. He’s just working hard, getting better every day. He has the unfortunate opportunity of playing behind guys like LaMarr Woodley and James Harrison. We know what he’s capable of, he’s shown it on the practice field, and sooner or later he’s going to get an opportunity to do it in the stadium. And he understands what the Pittsburgh Steelers standard with their linebacker play is. So he’s diligently working, we’re excited about him, and in the meanwhile he’s going to help us win in the opportunities he’s been given. He’s been a solid special teams guy for us and we expect that to continue”

On if James Harrison’s comments about Roger Goodell will have any impact on the Steelers in 2011:

“I don’t know if it has any impact on us in terms of our goals and what we need to do this year. Obviously the comments were inappropriate and unfortunate. From my perspective more than anything else, it’s an opportunity to educate not only him but the many other guys that we have on our team about conducting yourself in a professional manner. And if you have an opinion of course express it in maybe a more appropriate manner. I think those are the lessons learned from this thing. I don’t think that unfortunate incident or statement has any baring on how we’re going to play football or what it is that we’re doing this year.”

If there’s any team that has caught his attention this offseason for any reason:

There’s been teams that have caught my attention but not from the standpoint that we’re concerned about them. We’re still focused professionally on the things we can control and that’s our preparation and our play. But you’ve got to acknowledge some of the things going on across the state from us in Philly. Man, they’re stacked with a lot of solid players. A lot of other teams, the Jets and so forth, our putting together a nice band. But that’s just for entertainment purposes as far as I’m concerned. We’re focused on what’s going on here in Pittsburgh and we trust that there will be enough.”