Yesterday the New York Jets picked up a pair of dice and gave them a good roll with their acquisition of Tim Tebow. From a pure football standpoint this signing makes sense. Tebow showed an ability to come off the bench and spark a dead offense a year ago and in short-yardage situations, there are few QB’s better than him. Not to mention with this move the Jets also improved the backup quarterback considering Drew Stanton was slated to hold the clipboard in the Big Apple this season. However, when it comes to Tebow it isn’t only about football. The former Florida Gator is one of the most polarizing players in the NFL and bringing him in as backup doesn’t help the Jets get rid of some of the drama and circus-like atmosphere that plagued the Jets last season and it doesn’t do anything but put more pressure on their young quarterback that they have already invested heavily in. 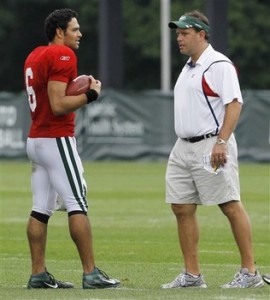 Mike Tannenbaum joined WFAN in New York with Boomer and Cartonto talk about what happened with the Tebow contract to hold up the trade, what this move does for the psyche of Mark Sanchez, whether they had conversations with Sanchez before making this deal, what he makes of the comments Antonio Cromartie made about this signing, and on the adverse effect this trade could have on Sanchez.

What happened with the Tebow contract to hold up the trade:

“We had reached an agreement in principle with them, we obviously had a lot of internal discussions, looked at the contract multiple times, and when we had reached an agreement in principle on our very initial trade papers that we sent to the Denver Broncos we had addressed all the issues in the contract how we wanted to handle it including the salary advances and all the other things that we would put in trade papers. When we had reached an agreement in principle we did announce it because as we have done countless other times there’s still details to work out and we had addressed each and every one of those details in our initial trade papers that we had sent to them. When they received it they obviously had a disagreement on how those clauses would be handled and obviously it wasn’t a disagreement that we couldn’t solve initially and Denver, I can’t emphasize this enough, was well within their rights to assess other alternatives which they did for the better part of the day yesterday. Obviously we kept dialogue open throughout the day, we had good communication, we had a disagreement, and then by the end of the day, we had a landing spot that we could live with and felt was good for the team.”

What this means for the psyche of Mark Sanchez:

“We did inquire about Peyton Manning, no secret, and I’m sure most teams in the NFL at least put in some perfunctory calls to a first ballot Hall-Of-Famer so let’s be clear about that. We did along with a lot of other teams. With that said, at the end of the season our priority was to extend Mark Sanchez. He is our starter, we feel really good about it, I was the guy that traded up for him, picks players, and we’ve won a lot of games. He has won the sixth most games in the NFL over the last three years as our starting quarterback. We have signed him to a long-term extension and he is our starter. With that said we had an opportunity to, in our view, to get a dynamic player and backup quarterback that can help us for the next three years. When we went through our decision making process, Woody Johnson, Rex Ryan, Tony Sparano, and myself, we felt getting a guy of his caliber and his playmaking ability would make our offense harder to prepare for and more diverse and more dynamic. We also understand that he comes with a very unusual following and that’s something that we’re prepared for and we know we have to manage. But by no means is this anything but what we believe in with Mark. As you know Boomer, as a former player, actions speak louder than words and he’s our starter. We extended him to a five-year deal and he’s our quarterback.”

Whether they kept Sanchez in the loop on their plans:

“Yup. Talked to him yesterday and texted him throughout the day. Obviously it was an unusual situation but Rex spoke to him, Tony spoke to him, so he was well aware of what we were doing and I don’t mean to minimize Tim because I understand he’s unusual but let’s face it every quarterback has a backup. I understand Tim is unique but the uniqueness is something we wanted. If you look back at our team guys, when we’ve been the most successful over the last couple of years, Brad Smith and our Wildcat package is a very good compliment to our standard offense.”

What he makes of the comments Antonio Cromartie made in support of Sanchez:

“Our guys are certainly entitled to their opinions and I will probably speak to Cro over the next couple of days. He’s certainly entitled to his opinion on things but ultimately we will do what’s best for the team. We think our offensive line will play better this year and could we add another receiver at some point? Absolutely. Today is only March 22nd and we don’t tee it up until Labor Day and as you guys know the offseason is long and we haven’t even had the draft yet.”

On the adverse effect on Mark Sanchez because of this signing:

“Boomer I would respectfully disagree. I don’t think it will be an adverse effect. We really see it as a positive because again we think we’re going to be much harder to prepare for and our focus internally, while we haven’t seen the acquisitions, has been to put Mark in a chance to be successful and run plays, play action, and really shore up the run game and play to Mark’s strengths. That formula has made Mark a winning quarterback. We think he will continue to be a winning quarterback for a long, long time so we’ve put a lot of emphasis into Mark and we have a great plan when the offseason program begins and I know Mark’s anxious, we’re anxious, and Coach Sparano can’t wait. The proof will be in the pudding but I would be really surprised guys if we didn’t see significant improvement this year going into year four. Sanchez is transitioning in my mind from a young guy to a young veteran and the contract was just the next step of the way.”

Bill Romanowski: “Tim Tebow Is The Only Virgin In The NFL. You Can’t Hate The Guy.” 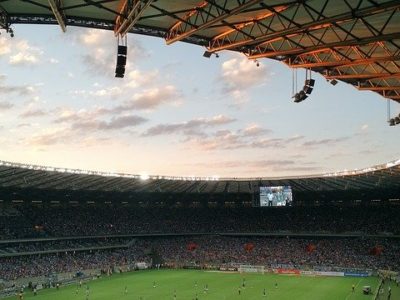