Mike Tannenbaum Explains The Santonio Holmes Trade: “Knowing that there was the suspension and only one year left on his contract, we felt like the risk and the price was reasonable.”

Wow, what a tumultuous last couple of days for the Pittsburgh Steelers. While fans waited to hear if the Milledgeville, Georgia district attorney would be pressing charges against their franchise quarterback on Monday, they were greeted with an even bigger shock on late Sunday night. Super Bowl XLIII MVP Santonio Holmes was traded to the New York Jets in exchange for a measly 5th round draft pick. Now, granted, there’s a long history of me first wide receivers being traded away for next to nothing (see, Randy Moss), and news broke on Saturday via Pro Football Talk and was confirmed today that Holmes would be facing a four game suspension in 2010 for violating the league’s substance abuse policy. Still, it’s a great gamble for the Jets, even if Holmes will be playing in the final year of his contract and might possibly only be a New York Jet for 12 games. Holmes is 26 years old and proved last year that he’s arrived as an upper crust NFL receiver 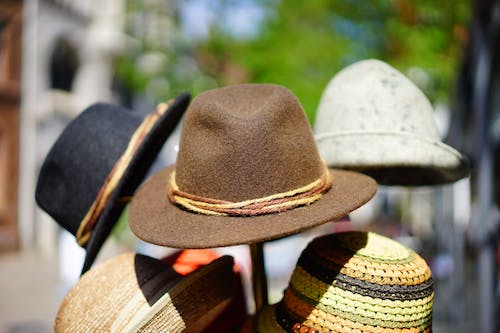 Jets general manager Mike Tannenbaum joined ESPN Radio in New York on the Michael Kay Show to talk about the recent trade, the risks involved in pulling the trigger on a guy with baggage like Holmes does, and what he thinks of the new look Jets roster as the 75th NFL Draft looms around the corner two weekends from now.Well, we’re getting a 26 year old dynamic play maker who’s had some issues in the past, and looking for a fresh start here. We’re looking forward to getting him for 12 games this year and then moving forward from there.

On how much Santonio Holmes’ off the field troubles concerned him and the Jets while contemplating the trade:

“Well of course. He’s had a number of indiscretions and we’re going to work with Santonio hopefully from a standpoint of him learning from what he did, and then him getting a fresh start here in New York. He can do a lot of great things on the field, but he needs to take care of what needs to be done off the field so he can have the best chance at being successful moving forward.”

On just how talented the Jets think Holmes is and how that factored into their decision to trade for a guy with so much known baggage:

“Well we know there are issues here Mike. It’s a little bit like a guy like Cromartie –  a guy whose 26 years old and has ball skills at corner. There’s reasons these guys are available and there’s risks involved, and in this case, the risk is significant. But with that said, the risk for us is manageable because we think the upside is great, and as Rex has said specifically, Holmes cost him a ring. Going back two years ago to the Steelers/Ravens games and the playoff game, that was the one player they couldn’t stop. And he makes those two to three plays a game that can make the difference between winning and losing. So with that said, knowing that there was the suspension and only one year left on his contract, we felt like the risk and the price was reasonable.”

On if the Jets felt a bit more comfortable making this move because of the head coach they have in Rex Ryan and the ability he has to manage all sorts of personalities:

“Well yeah he certainly feels that way. He’s a dynamic person and he has a unique ability to relate to all different types of people. So with that said, it does give us some latitude to look into these types of opportunities.  But again, it’s not about Rex, it’s about the New York Jets organization led by Rex and we think we have a lot of great people to give him a chance to be successful. But Rex was completely on board and we feel good about it.”

On how much of a concern Holmes’ looming four game suspension was for the Jets:

“Yeah, it was a huge concern Mike, and where we came out on that was, you go back a year ago, Shaun Ellis missed our first game, Calvin Pace missed the first four games, and over the 16 game season, they still helped us quite a bit. In baseball, you know, that would be missing the first 40 games – it’s 25% of the season. But you still have 75% of it to go, and hopefully those will be 12 really important and meaningful games, and what better shot in the arm than to add a guy of his caliber in the fifth game of the season.”