Mike Singletary Has The 49ers On The Cusp

For the first time in a long time, San Francisco 49er fans have something to be happy about – or at least reason to be hopeful. Head coach Mike Singletary has gradually built his team into a competitive group that might be ready to take it to the next level as their younger players have gained experience and maturity.  Alex Smith, long considered one of the biggest busts of the last decade in the NFL draft, was handed the keys to the 49ers offense by Singletary, and Smith ended the season proving that he may very well have a bright future ahead of him. San Francisco also has a great young nucleus in the offense with Frank Gore, Vernon Davis and Michael Crabtree. The defense ain’t to shabby either led by tackling machine Patrick Willis.The future looks bright in the bay area for the first time in a while and a lot has to do with the head coach. Singletary has brought his no nonsense approach to this team and it is paying off. Maybe he can make this team into the juggernaut he played on in 1985, the bears team with maybe the most dominant defense of all time. Ok that’s a stretch, but at least he and a few of the guys from the original Super Bowl Shuffle will be re-uniting for a remix of the old song. Now that’s entertainment. Mike Singletary joined the Joe Rose Show on WQAM in Miami and talked about his young guys on the team, the Super Bowl match up and getting back together with his old teammates for the Super Bowl Shuffle reunion. 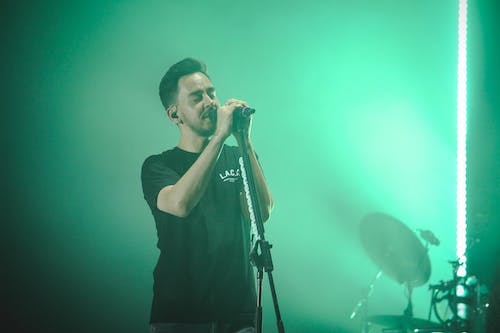 Asked About Being Close To Getting The 49ers Back On Track:

“Yes we are very excited. I think we have a good core group of players and we need a couple players here and there. At that point we will be ok.”

Asked About The Talent Vernon Davis Has And How He Became A Pro Bowler This Season:

“I just think a year of maturity and I think he realized what he had. I think finally sometimes it takes a little while. I think Pete Hoener, the tight ends coach, is really doing a great job with him> I am just very excited about Vernon, I am a big fan of his.”

Asked If He Thought After All The Health Issues He Had, If Frank Gore Could Be As Good As He Is:

“Well we are every fortunate; we have been able to keep him healthy. Frank has really been working his tail off and doing all the things a great tailback has to do to take it to the next level. SO we have been very excited about what he has been able to accomplish.”

Asked About Reuniting With His Old Teammates For The Super Bowl Shuffle:

“You are going to see a 30 second slot there during the Super Bowl, it was pretty exciting getting all the guys back together. (Rose: Did they get you jumping around a lot in it?) Oh Yes, it’s kind of scary. (Rose: Did you roll your eyes standing next to McMahon?) Rolled my eyes a lot. It’s a scary group of guys there.”