Editor’s Note:  This post was written by Jimmy Morris of the Titan-centric site Music City Miracles.

Chris Johnson skipped OTAs last offseason because he was unhappy with his contract coming off of a season where he became one of only six players in the history of the NFL to rush for 2,000 yards. He showed up on time to camp after the Titans agreed to move up some bonus money from the back of his contract for the season. He made it clear, however, that he would not report to camp in 2011 without a new contract. Mike Reinfeldt has said from the first press conference after the lockout until now that he will not enter negotiations with Chris Johnson or his agent, Joel Segal, until Chris Johnson reports to camp.  Reinfeldt has said that CJ wouldn’t have to practice, but that he does have to report to Nashville before they can talk about an extension. Reinfeldt joined the Wake-Up Zone on WGFX in Nashville this morning to talk about why it was important to get his side out about what’s going on with Chris Johnson, if Johnson needs to be in camp for anything to happen, if finding the exact number is difficult, being upset about Eddie George’s comments, if he’s heard from CJ or his agent since he got the word out, why this is talking so long, if there’s frustration within the organization, if they’re satisfied with their other running back options, and if CJ saying he hasn’t received an offer is accurate. 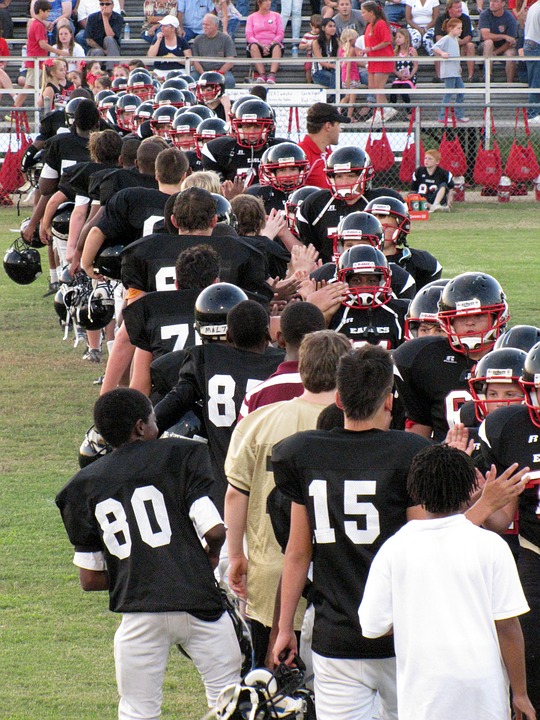 Why was it important yesterday to get your side out about what was going on with Chris Johnson?

Do you hang with the thought of he has to be here for anything to happen at all?

“He’s still got two years left on his deal, and if we are willing to commit those types of dollars it would be a show of good faith. We are not asking him to go on the practice field. He’s not going to get put in harm’s way, but he needs to be here to meet the coaches, the new players and learn the offense. That is part of what we are trying to accomplish here.”

How difficult is it to figure out exactly what the number is?

“It is probably not as hard as you might think. There are 4 to 5 guys that you look at the guaranteed money and the yearly payouts. You can kind of get the benchmark from those types of parameters and there you go.”

Were you upset by what Eddie George had to say about the negotiations?

“We had talked about that at the end of the week we should probably get this part of the story out there. I was disappointed by the Eddie George story, but this is something we had already decided to do.”

Have you heard from CJ or Joel Segal since you got the word out?

“I talked to Joel yesterday morning, late morning, but I haven’t talked to him since that time.”

There is top running back money and then there is an echelon above that, top offensive player money. Do you think that is what he is looking for?

“That is a better question for them quite honestly. We have made our position clear, and he isn’t in training camp. That is kind of disappointing.”

Why not talk to Segal right after the season (before the lockout started) because you knew this was going to happen?

“We were in a position of a lot of unknown. If the lockout went for a long time our owner could be facing cash flow issues and we might not be in a position to make that type of commitment.”

Is there frustration within the organization that people think the Titans won’t pay top dollar for their players?

“Yeah, that bothers me a little bit. In the last 4 or 5 years we are probably 10th out of 32 teams in the league in spending. If we are spending in the top 10 on our players we do spend the dollars. The other thing that bothers me a little bit is that in the new system where we have to pay a certain percentage anyway we are going to pay X dollars. It is about allocation. It isn’t a matter of being cheap in my opinion. We are going to pay those dollars.”
There is going to be a point where you are going to exchange proposals. If it gets bogged down are you happy with

Javon Ringer and Jamie Harper carrying the load or will you be looking for a veteran with some experience?

“That is a good generic question. There are a lot of interesting guys still out there in free agency that we could bring in if the right situation presented itself. Ringer and Harper also need a ton of carries in preseason. We need to see those guys play. See what they can do.”

At what point do you start looking to bring someone in?

“We are not near that point quite honestly. CJ comes in and in a week he is ready to go. Given the position he plays, and the fact that he is in great shape, we are not at that point.”

Do you feel good about CJ’s conditioning at this point?

“Yeah. He is a track guy. Last year he didn’t come to any of the OTAs, and we re-did his deal and he came in and it was like he didn’t miss a day. I would think it would be the same way. He is a professional. It is important to him.”

CJ has tweeted that he hasn’t received and offer. Is that accurate?

Do you get the sense that he is willing to do that?

“I get the sense that they are not willing to do that.”