The Chicago Cubs went into the 2010 campaign with the expectations of making a World Series title run under former manager Lou Piniella, who was looking for one more lasting memory before he hung up his managing cap. When the dust settled for the Cubs at the end of the season, the ballclub had lost Piniella after going 51-74 with him, prompting “Sweet Lou” to step down from his post in mid-August. Third-base coach Mike Quade stepped in for “Sweet Lou” and ultimately retained the job he always wanted. The Cubbies finished with a 24-13 record under Quade bringing about a new sense of optimism to the south side of Chicago. 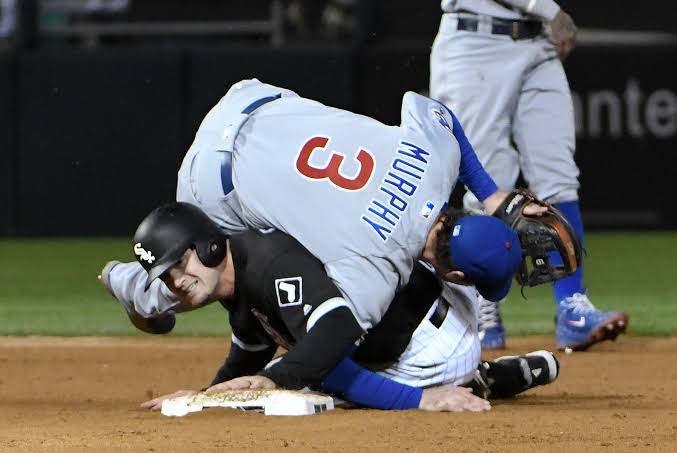 The Cubs have lost first basemen Derrek Lee, left-handed pitcher Ted Lilly, and infielders Ryan Theriot and Mike Fontenot. Former pitching coach Larry Rothschild has left for the Bronx, but Quade believes Carlos Zambrano is a changed man these days after seeing a psychiatrist. Despite the dugout brawl between Carlos Silva and Aramis Ramirez during a spring training game last week Cubs fans are hopeful the winds of change are blowing through Chicago under new skipper Mike Quade.Mike Quade joined WSCR in Chicago with Dan McNeil and Matt Spiegel to discuss if he gives a damn what fans and media say about him, the ground rules he has given to the Cubs, if he’s a guy who believes every player on the team from one to twenty-five abides by the same rules, is he just Carlos Zambrano’s manager or does he help him more off the field and his thoughts on the Marlon Byrd and the Victor Conte situation.

Do you give a damn about what fans and media say about you?

“No, not really because I don’t know what they’re saying, nor do I care. The only thing I have to concern myself with is getting this club ready for April. You never know the twists and turns that are going to take place. You don’t know if it’s going to go smoothly. You make adjustments, like players do, and just make sure you deal with stuff and move on. I think more of it, again given spring training and kind of a down time right now, I think way more was made of any of this. And I don’t know, sometimes maybe a little civil war is good. But something needed to take place two or three days in, unfortunately it was that early. But man, we came out and had a great days work and played very well on Thursday. We got beat, but played well and that’s kind of what I’m looking for.”

What are your ground rules given to this team? Things a Mike Quade team has to understand and abide by?

“Well. I think really the way that I go about building respect and make my demands is by doing what I can for these guys whether, it’s creating a loose atmosphere, keeping the lineups up early so people know what’s going on, communicating with the guys. Okay that’s my end of the deal. Things from the other side. First and foremost, is effort and effort level and that’s not negotiable. You can negotiate with me on a lot of things, but you come out and play hard every day and you really believe. I think anytime a coach would say the rest will take care of itself. You’ll get the most out of your club if you start right there, so I think you start there. You ask for people to respect each other on the ball club and you ask for some kind of chemistry, which normally your veterans will orchestrate in the clubhouse. We’ve got some pretty good one’s here. Other than that you know let’s have some fun and go out and play.”

Are you a guy who believes every guy from number one to twenty-five abides by the same rules?

“Well I think the latter. I think that you know we’re all individuals. I rarely get into a situation where I would chastise the club for a few people mistakes. I look at it on a case-to-case basis. You know both from a standpoint of performance, of seniority, there’s so many things that go into it. You guys are aware of professional sports and you know a first year player probably doesn’t get treated like a ten-year player and so on. I think that’s understood and not just a team I’m managing, but throughout professional sports. You can take it case-by-case and again you’re talking to guys on a regular basis it should be easier when difficult times come and you have to make tough decisions because you’ve been upfront with them from day one.”

Are you just Carlos Zambrano’s manager or do you do more for him off the field?

“Oh my god anybody that knows me…a psychiatrist I’m not. I thought one of the greatest lines of the spring was I believe when he [Zambrano] said he was cured and they were letting him be by himself. I thought that was a great kind of maturity because look he’s a passionate guy and very competitive guy and we know that. In general he’s done a great job since his little sabbatical last year and I don’t know why I should look anywhere, but forward with him feeling like he’s matured and made some decisions and he’s going to follow through with them.”

Thoughts on Marlon Byrd and the Victor Conte situation?

“Not word one. I look at it to be perfectly honest with you guys as none of my business. Marlon’s [Byrd] had a nice career. He did a great job for us last year. He’s a grown-up and one of our leaders. I trust him to do the right thing and enough said. I really don’t concern myself with that individual or anything that surrounds him. I’ve got a player here. People can talk all they want. He can deal with that. I got plenty on my plate, so that’s not even a concern. It’s the furthest thing from my mind.”