“They’re going to score a lot of points and I do believe they’ll be in the Super Bowl. I think they have a real chance of doing that and that would be my pick.”Mike Martz perhaps isn’t wired appropriately to be an NFL head coach, but he’s sure one heck of an offensive coordinator and innovator. The former head coach of the St. Louis Rams and the architect of their ‘Greatest Show On Turf’ offenses, is now in broadcasting with the NFL Network after largely unsuccessful stints as the offensive coordinator in Detroit and San Francisco. Martz has been pretty good as an analyst, which is no surprise really considering how imaginative he is as a football mind. Coincidentally, I recently read an interesting article on the evolution of innovation in football that had a paragraph on Martz. The following is an excerpt from Chuck Klosterman’s recent book Eating the Dinosaur, which was posted recently on ESPN. 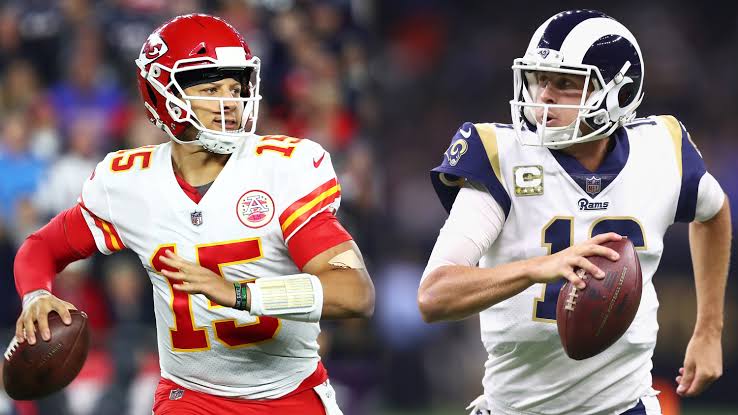 But sometimes his strange mind leads him to interesting places:

Fundamentally, it was always believed that receivers should run in straight lines and make their downfield cuts at hard angles. Martz considered the possibility of WRs running curved pass patterns, a subtle change that helped make the Rams impossible to contain during the late nineties.”Martz’s innovation resulted in ‘The Greatest Show On Turf’ in St. Louis in the final years of the  and early . It helps when you have Marshall Faulk, Torry Holt, Isaac Bruce and Kurt Warner doing the heavy lifting, but the exploits of those Rams’ offenses will forever give Martz a place in the annals of NFL history. Currently, there’s a team down South doing some similarly impressive things offensively. That would be the New Orleans Saints, who improved to last Sunday by beating the Miami Dolphins on the road. New Orleans has scored  points on the year and more than 45 points in four of their first six games. Steering the ship is the crafty and ridiculously accurate Drew Brees. But it’s not just a one-man show. Six Saints players have caught touchdown passes and perhaps more importantly, New Orleans is enjoying a balanced attack thanks to a productive running game. Martz joined ESPN Radio St. Louis to talk about what he misses most about coaching, how and why he never doubted his team heading in to big games, and to compare ‘The Greatest Show On Turf’ to the New Orleans Saints offense.

On what part of the NFL week he misses most:

“Oh by far Fridays. I love Fridays. DeMarco [Farr], you can remember Fridays for us was always dress rehearsal. It’s a chance where you get to see the offense, defense and the special teams against the opponent after it’s been refined during the week. You’ve got the scout teams doing their best. We were different – our Friday practices were pretty live, they were pretty active and going fast. You know, when we were really rolling, particularly on offense there now, the ball never touched the ground. It was just fun to watch those guys on Friday. You go in to a game after a Friday practice like that, the guys just feel like they’re invincible. But Fridays were always a lot of fun.”

On if his well-known self-confidence ever waned leading up to a big game when he was coaching the Rams:

“No, no. It’s just a question of trust. You trust the work that you’ve done during the week and the staff. At that point, I just never…that thought just never crossed my mind. My biggest issue was I just wanted to make sure I got the right plays called. And I really took that responsibility to heart and I would overwork it on Friday and Saturday nights – I’d spend hours and hours going through the play sheets, you know, making call sheets. They’d work so hard, the players and staff, during the week, I just didn’t want to get in a situation where I did something that put them kind of at risk, or in a bad situation. And that’s the only thing I really stressed over. But whether they’d play good or how it’d end up – never crossed my mind.”

On the  New Orleans Saints offense and how he thinks it compares to his ‘Greatest Show On Turf’ offenses:

“Well I think they’re very similar. I think the track is very quick that they play on down there. I do think that the multiple receivers that they have, I don’t know if any one of the receivers is of the quality that we had in our top two guys. But the quarterback is obviously a great player, he can get the ball out quick. I think they do so much that’s really hard to defend because they’ve got the quick step, the deep drop, the hard play-actions, they formation, they do all those things so well I think there’s a lot of similarities that I like to think we did as well. They don’t have Marshall Faulk – they just don’t have him. And I think that is probably the single most difference. And obviously Kurt – you know how biased I am to our guys, so I just always felt like we had better players. But I love [Sean] Payton and

I think he’s the top offensive mind in the league right now. He takes advantage of his talent and the offensive line is real good. They had that left tackle go down, they just filled in the ranks and kind of kept motoring. So they’re going to score a lot of points and I do believe they’ll be in the Super Bowl. I think they have a real chance of doing that and that would be my pick.”