Former Texas Tech Head Coach Mike Leach has been enjoying his new life  down in Key West, and has been enjoying his time away from coaching since being fired last season in the wake of allegations that he mistreated a player.  He spent the previous ten seasons working tirelessly to build the Texas Tech program to where it is today.  Even though he hasn’t been on the sidelines this fall, Leach has been busier than ever since joining the media as a radio and television broadcaster.  He has taken this time off to do some things he would never have been able to do otherwise while coaching such as: being a consultant to a pro football team in France, traveling to different colleges and consulting with their coaches, etc.  In the college football community, Leach has stood out because of his offbeat, outgoing personality and his candidness with the media.  Although he has enjoyed working in the broadcasting business, Leach is itching to get back into coaching. 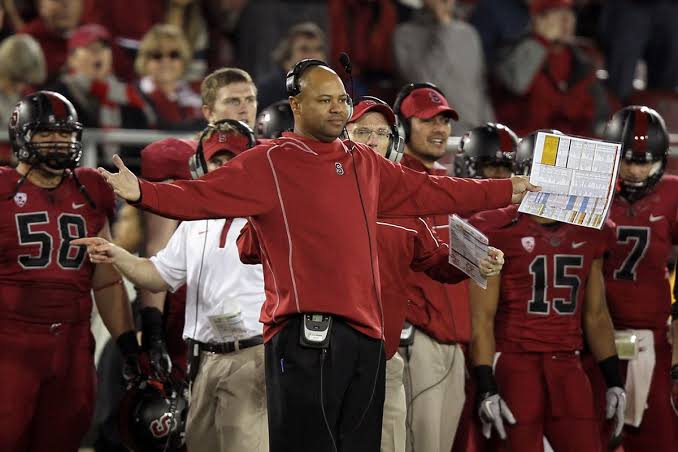 So with the recent firing of Randy Shannon from Miami, the talking heads have been speculating about the possibility of Jon Gruden being the next head coach of the Canes, but if it were up to Leach, it would be him because he believes he would be a great fit.  With the issues that led to his departure from Texas Tech and the ongoing litigation he is in the midst of, it seems highly unlikely that he would be on the university’s radar, but you never know.    Donald Trump recently sent a message to Miami’s president urging them to hire Leach.  Take that for what it’s worth, but you never know.  Crazier things have happened.Mike Leach joined ESPN 1080 in Orlando to talk about whether he would like to be the head coach at Miami, whether Cam Newton should win the Heisman Trophy, and why he thinks Jon Gruden would have a hard time adjusting to the college game.

Whether he would like to be the head coach at Miami:

“Sure, I think a lot of people would.  I think it is a great opportunity for anybody.  They have got a great tradition and all the rest.  A great recruiting base and you could do big things at Miami.”

Whether he interviewed with Miami a few years ago and what he is going to do to let them know he is interested:

“It wasn’t really much of an interview.  It was just kind of throwing stuff on the table.  I wanted to bring my staff and I think money was an issue too.”

How important the state of the athletic facilities and the fact that Miami doesn’t have an on-campus stadium comes into the decision-making process for a coach:

“Oh I do.  I have had success everywhere else, you know and I think it just has to do with everybody doing their role.  Players, coaches and everybody involved.  I mean no one guy does it himself but I think that you get a good staff, and you get good people and you work together every day I think your chances for success are pretty high and then the other thing you consider when you are at Texas Tech…  See Texas Tech started out in the border conference, which was a really soft conference, then Texas Tech went to the Southwest Conference, which was a pretty good conference, then they went to the Big XII, which was a great conference, but in that ten years that me and my staff were in the Big XII we won more bowl games than all of the years that Tech had the rest of the years combined.  You know so we have got a pretty good team and a good plan.”

Which offenses he has enjoyed to watch this season:

“I think Oregon does a real good job, first of all I think they are on the ground but what they do well is they utilize all their space and all the skill players put their hands on the ball and then they have got a really good quarterback.  A lot of teams talking about dual-threat quarterbacks, this guy or that guy, which generally means a guy can’t throw and that he runs pretty good and we are going to pretend we can throw. That guy at Oregon really is a dual-threat guy.  He can do both, and I think as good as the running back is I think that the quarterback is really the key because he can deal it off to everybody in a variety of directions and then of course you really have got a difference-making running back that multiplies their yards even further…  I would say that Oregon is a really good one.  The guys that throw it around pretty well.  I don’t like the ones where we had one or two guys where they are just going to hand it to him or throw it to one or two guys.  I want to see the field utilized and all of the skill positions used.”

What he thinks about TCU heading to the Big East:

Whether Cam Newton should win the Heisman Trophy:

“I would give it to him now.  He is the most imposing force in college football and any allegations against him I think you have got to prove before you take anything away from him or deny him anything.  I am in the middle of a bunch of false allegations and got a little litigation to clear my name going.  So if the allegations against him are false then I mean the worst thing in the world would be to deny him something.  So yeah as of this day and they have not proven anything, absolutely.”

Why he thinks Jon Gruden would have a hard time adjusting to the college game: