Mike Dunleavy Jr. Likes Duke’s Chances This Weekend
by timgunter
Indianapolis is the sight of this weekend NCAA Men’s Final Four and it is sure to be a great event.  The NCAA Tournament brings Alumni, from each of the schools, out of the woodwork because this is such a special time of year for current and former college basketball players.  You can bet that Duke’s Alumni will be there in full-force, as they always are, living vicariously through their alma mater’s team.  Mike Dunleavy will be part of the vast Duke Blue Devils crowd as this game will be played in his current hometown.  Dunleavy, who now plays for the Indiana Pacers, won the National Championship his junior year after Duke defeated Arizona in Minneapolis. 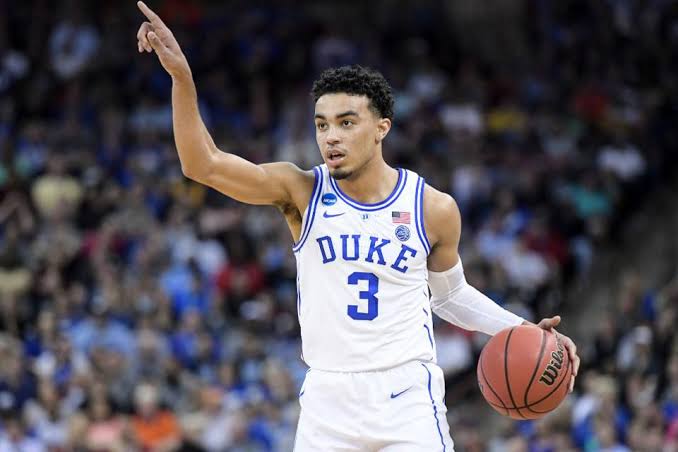 Dunleavy decided to enter the NBA Draft after that season and he was later selected by the Golden State Warriors as the number three overall pick.  Dunleavy often thinks about ‘what could have been’ if he stayed one more year in college because he has not enjoyed winning in the NBA like he became accustomed to while playing for Coach K at Duke.   In his eight-year NBA career, he has not been on a winning team, but he knows that he did make the right decision to turn pro. Mike Dunleavy joined 1070 The Fan in Indianapolis to talk about the Pacers recent success, what he most remembers about his days playing for Duke, whether he had Duke in his bracket going to the Final Four, and whether he has Duke winning it all.

On the Pacers recent success:
“Yeah, you know I think it starts out a little bit with you beat some teams that aren’t so good, they are down in the dumps and have some injuries.  From there it just kind of starts snowballing and you get some confidence and guys start playing a little better and just kind of rolled at home especially and unfortunately it is a little bit too late to make the playoffs, but hopefully we can build on it going into next year.”

How tough injuries are to battle with during a long season:
“Yeah it has been a long year, as long as I can remember.  It is just a lot of weird things have gone on and a lot of weird things have happened and certainly coming back from the knee injury last year and this summer, it has just been a strange year, really been hard for me to put into words.  I am sure when the season is over I will look back on it and have some more thoughts about it.  At this point it has just been a weird year and one that I am quite frankly looking to put behind me.”

What he most remembers about his days playing for Duke:
“Just the winning to be honest with you.  I have been in the NBA for eight years now and not been on a winning team.  That is the thing that I look back at Duke, just going out every night expecting to win.  Just playing with other great players, certainly playing for Coach K.  It was such a special thing and just the adrenaline.  Going out each night knowing that you are going to get the other team’s best shot because you have Duke on your chest.”

What he would tell a freshman in college that is having second thoughts about leaving early for the NBA:
“That is tough.  I was in that situation although I was a junior looking to come back for my senior year.  It is tough.  I wanted to stay in college so bad, but just from a financial standpoint and the opportunity at hand of reaching the NBA accomplishing your dreams.  It is really hard to turn down.  I would just recommend that you think things through thoroughly.  Follow your heart, but having been in the situation before it is really hard to turn down security that the NBA offers.”

Whether he had Duke in his bracket going to the Final Four:
“I did.  I did.  I have had Duke going into the Final Four the last eight years, but this year is something.  I thought that they had a good draw and then the way that they are playing towards the end of the season with the balance they had inside and outside.  It seemed like guys really understood their roles.  As I mentioned before, understanding your roles is a really important thing and I think they do a nice job inside rebounding, defending and the perimeter guys get it done offensively so it is a nice system.”

Whether he has Duke winning it all:
“I think they have got a great shot.  I think really any team that is in the Final Four can win it this year.  West Virginia is going to be a really tough out but they can do it.  They are playing well.  I hope that it will be a Duke vs. Butler Final Monday night.”
Mike Dunleavy Jr. on 1070 the Fan in Indy with Eddie White on Duke in the Final Four and the Pacers recent success
Tags: 2010 NCAA Final Four, 2010 NCAA Men’s Tournament, been injured almost his whole NBA career, Coach K, Duke Blue Devils Basketball, Final Four in Indianapolis, former Duke player, hasn’t been on a winning team in the NBA, Indiana Pacers, lottery pick after junior season, Mike Dunleavy