Philadelphia Eagles coach Andy Reid says Michael Vick is his starting quarterback. And we should probably believe him, right? I mean, the last time he said a guy who was coming back from an injury would be the starter, he held true to his word.Oh wait, about that, yeahhhh.anyway, the Eagles were on the bye this week and Vick’s been on the mend. It sounds like he’ll return against the Colts next week and the way Vick describes the rest of the season playing out, the game against the Colts may just be the first on the way to a Super Bowl.Michael Vick joined WIP in Philadelphia with Howard Eskin and Ike Reese to discuss how he’s getting ready to return to game action, whether he’ll be hesitant to run after suffering the injury, what it was like to sit out about a month, the dynamics of his relationship with fellow quarterback Kevin Kolb, his future beyond this year and the Eagles’ chances of making the Super Bowl. 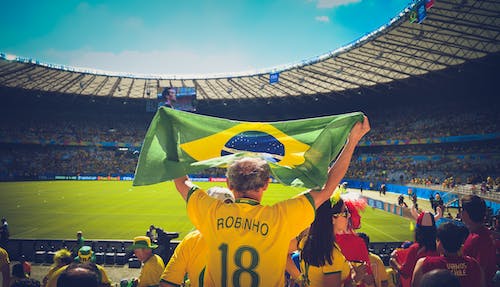 On how he’s getting ready to return to game action:

“I think the first thing you have to do is just get out and practice. Thank God I’ve got a full week of practice just to get my timing down and my rhythm. I went out and threw twice this week and it felt good throwing the ball. I really don’t feel like I lost a beat with my accuracy or talent or footwork. I think the most important thing is to just get back into the groove.”

On whether he thinks he’ll be hesitant to run because he was injured last time he did it:

“Just playing over the games in my head and knowing what’s coming in regards to our competition and the games that lie ahead, when I think about playing, I think about just playing the type of game I like to play, not just being so reckless when I’m doing it. I’ll still play the same way, the same type of football, and just be smart. A lot of times, I could’ve protected myself on a lot of hits I took this season, but there comes a point in time when you’ve got to go for the extra yard or you’ve got to give more effort. … It’ll be hard to balance that out, but I know I can do it because I’ve done it before.”

On sitting out for about the last month:

“It was tough because I got a taste of it and a glimpse of success again and going out and playing football and having fun doing it. … Being back out there as a starting quarterback again and then having the injury was devastating. At the same time, I just had to sit back and know that things happen for a reason. I didn’t like that I was out and couldn’t be there for my teammates, but those guys just went out and played two great games and got two big wins and almost got a third and played good football. It’s always tough when you’re watching from the sidelines.”

On the dynamic of his relationship with fellow Eagles quarterback Kevin Kolb:

“I’m very confident that it can all work out. Kevin and I both believe in ourselves and our abilities and the ability to run this offense and be effective doing it. When I’m out there, I feel like I can get it done. And when Kev’s out there, he feels like he can get it done. That’s a credit to our coaches and it’s pretty good to have two good quarterbacks who can go out there and get it done for you.”

On how he approaches this nine games knowing that it means a lot for his future in football:

“I won’t play the rest of this season thinking about my future. I’ll play the rest of this season trying to win each and every game. The thing that I have the ability to do is block out everything. I think back to 2004 when I was talking with the ownership and they was talking about extending my contract later in the season if I played well, I didn’t worry about the contract extension, I only worried about winning football games. I have so much pride and I take so much pride in what I do that winning games is first and foremost. … Even now, being in the position I’m in, I haven’t once, in the last two weeks, thought about what my future holds.”

On the Eagles’ Super Bowl chances:

“I really believe that this team has an opportunity to go to the Super Bowl. With this type of talent, I’ve never seen it before. I’ve never been a part of a team that was stacked at each and every position on both sides of the ball. Offensively, we just have so many weapons and we can go out and we can attack teams and get it done from a lot of different areas. I truly believe that when I say that and I think the rest of the guys have to feel that way, too. It’s not just lip service, I feel this is a special team here.”