If you’re a Philadelphia Eagles fan or even just an NFL fan, you’re aware of what Michael Vick did this past Monday night against the Washington Redskins. If for whatever reason you don’t know how Vick enhanced his redemption story tenfold against the ‘Skins, then I’ll send you here to watch these highlights. A remarkable six touchdown performance that has Vick positioned as a legitimate MVP candidate heading into the final seven weeks of the season.Vick joined WIP in Philadelphia to talk about just how emotional things were in the Eagles locker room in the final minutes before the game following LaRon Landry’s trash talking during warm-ups, on how he hopes to not come out of the ridiculous zone he’s in anytime soon, just how much Andy Reid and offensive coordinator Marty Mornhinweg have meant to his maturation as a quarterback, his take on having become a leader that the rest of the Eagles can rally around, not worrying about his contract situation for the time being, and already having begun thinking about next week’s huge divisional game against the New York Giants. 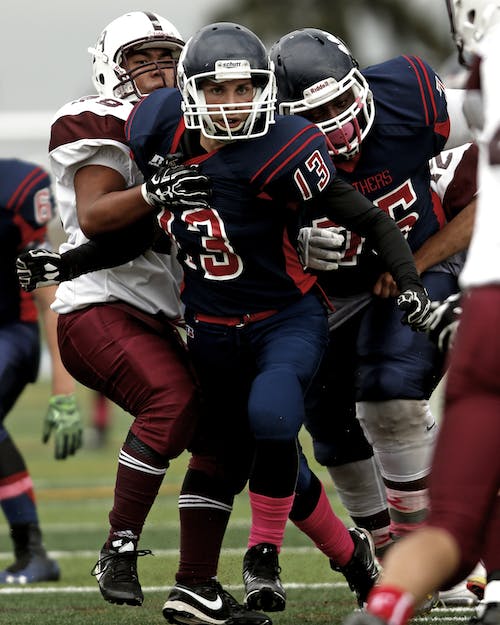 “It was very emotional in the locker room. We were fired up after the altercation leaving off the field after warm-ups. We were just ready to go, and like I said, there were just a lot of emotions tied into the game on both sides. They beat us last time and there were some things said that we didn’t like. We just wanted to go out and start fast, and one of the things I said, and the veteran guys did a great job of calming everybody down….was that was going to have them all fired up. We kept our cool, we were on the road and knew we had to play to our strengths and take advantage of what they did. It was exciting.”

On when he thinks he might ever come out of the ridiculous zone that he’s in:

“Hopefully never. I’m in a comfortable position right now, confidence is through the roof. I know not every game is going to be like yesterday. You’re not going to go out and have success….you know maybe three quarters, you might have to go out and turn it on in the fourth quarter. But I think the most important thing is to stay consistent, and if I can do that, I can give this team a chance to win.”

On just how much Andy Reid and offensive coordinator Marty Mornhinweg have meant to his maturation as a quarterback:

“Honestly I don’t think I would be where I’m at without Andy and Marty. They do such a great job of coaching quarterbacks, they demand so much out of the quarterback position that you take pride in what you do. Like I said before, you never want them to be disappointed, you always want them to trust in you. I just don’t know where I would be right now without being a Philadelphia Eagle. I dedicate myself because when nobody believed and I was down on my back, Andy stuck his hand out and picked me up. I knew that playing the position for him was going to take a lot of responsibility, I’ve seen that in watching him coach Donovan last year. But it’s all for the better. It’s definitely a challenge, but that’s what you want. You don’t want anything to come easy, you want to work for everything, so at the end of the day you can look back and say I worked hard and got it done.”

On how he’s been able to assume such a strong leadership role and be able to get the Eagles to rally around him:

“I think in this league it’s all about showing improvement. I don’t do a lot of talking, I do have fun with my teammates, but I don’t boast and brag that I’m going to go out and do this this week, I’m going to go out and make these types of plays. I go out and lead by example and let it happen. When it’s time to step up and be a leader, then I do it without even thinking because that’s my passion to win. And you know, in doing that, I think the guys see that from the outside looking in, and they just respect it. Same way if I was a player looking at the quarterback seeing him take control and charge. That’s what you have to do, and I think that’s one thing that has bonded the team and has given the guys a great deal of respect for me.”

On his contract situation and not being distracted by the inevitable onslaught of questions coming his way about deserving a new contract:

“Well the way I approach that is if the good Lord wants that to happen, then it will happen. Obviously I have no control over the situation. I can’t put the pen in the general manager’s hand or the president’s hand and say I want a new deal, let’s sign it right now. I think it will happen if it’s meant to happen, when it’s supposed to. I just have to continue to do my job, and if I continue to do that then maybe it will expedite the process. But for the most part, I’m not even going to think about it or worry about it because you’ve got to focus on the task at hand, and that’s winning week in or week out.”

On if he’s had much time to start thinking about the Eagles’ upcoming game, a divisional tilt with the rival New York Giants:

“Yeah, well I started thinking about it on the train ride back home last night. It’s the G-Men. They’re tough, and we’ve got to go out and execute like we did the last two games, and play with a tremendous amount of confidence, and just know when we step out on the field they’re football players just like us. We’re not going to hold anything back, and definitely going to attack.”