Michael Vick Admits to Being Lazy During His Time in Atlanta

Michael Vick has always been a tremendous athlete at the quarterback position and he has always been a ton of fun to watch when he is running in the open field. Vick’s always been faster than any other quarterback to ever play the game and his physical gifts are off the charts. Despite that, I’ve never really thought he was that good of a quarterback. Now I might have the answer as to why. He never dedicated himself the way he should have. He admitted as much in this interview in Atlanta. During his time in the NFL, Vick has never thrown for 3,000 yards in a season and he has thrown for 20 touchdowns or more just once in his career. On top of that, Vick’s career completion percentage is just 54 percent. Vick for his career has always been able to make plays with his legs and be a prototypical playmaker on the field, but I don’t care how fast or athletic you are, a 54 percent completion percentage for a quarterback in the NFL these days just won’t cut it. He is currently with the Eagles, but it would be hard to fathom them paying Vick around five million dollars to be a backup quarterback. He may get a chance this season to once again become a starting quarterback in the NFL and if that’s the case he will have about five years or so to create his legacy in the NFL and show that he is worth all the hype he gets when he walks out onto the field. Michael Vick joined 790 the Zone in Atlanta with Mayhem in the AM to talk about his new reality show on BET, whether or not he ever expected to go to Philadelphia, why teams should believe in him, and whether or not we’ve ever seen the best of Michael Vick. 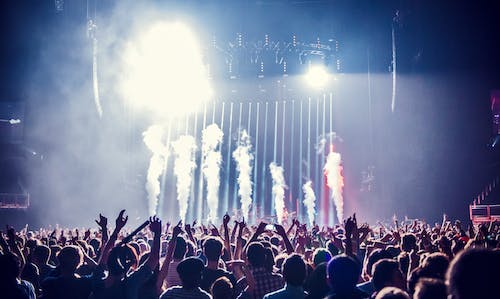 On whether or not he expected to go to Philadelphia:

“I didn’t even expect to go to Philadelphia. It was kind of a shock to me and my family. I just made the most of the situation and it was probably the best thing that has ever happened to me in football due to the fact that I was able to learn so much, sit back and be observant and use it as if it was a redshirt year. That part of the segment, I wanted to show early because a lot of people really wanted to see how that happened and what took place.”

On whether or not he thought he would ever actually go to jail:

“Yeah, I tried to stay optimistic throughout the duration of the whole process. I just felt like at some point something would happen. Even to the time that I was up in prison, they first put me in and they slammed the doors. Then when the doors opened, I thought the guard was coming to let me out on the first day. I tried to keep believing and didn’t want to believe that I was going to prison. Then after a while I came to the realization that it was going to happen. I just figured if I got with the right people and the right lawyers, they could make it all go away. That’s the realistic side of it. Sometimes celebrities and people with money feel like money can get you out of a situation.”

On him getting the opportunity to help out some of the rookies at the symposium:

“I think it’s going to be a great opportunity for me to share with the young guys coming in, not to take this opportunity for granted and to walk their straight path. You deserve it, you work hard to reach a certain point in your life and why jeopardize everything over pointless activity. It can be any form of violence. I think I’m Roger’s (Roger Goodell) greatest ally because I told Roger in the beginning that I wanted this to be a success story. That’s what he told me. He told me he wanted this to be a success story. I told him and gave him my word that in three of four years, I want him to look back and say ‘I gave you an opportunity, you made the most of it and I’m proud of you.”

On why people should believe that he will be the same guy he was three or four years ago:

“Because the Mike Vick that you seen this year started training one week when the season was over. I really didn’t have a chance to train the way that I wanted to after I was released from home confinement. I couldn’t get my legs in shape, I couldn’t really work out and train the way I wanted to. This year my off-season lasted one week as opposed to the last four or five years in my career when I played a full season. I didn’t start my off-season conditioning until the actual off-season conditioning started with the team. I’m in training mode right now, I’m stronger, I feel fast and I’m back on my old school workout. I think you will see a big difference this year.”

On whether or not people ever saw the best that he could’ve been:

“No. Not at all. I think if I woulda applied myself, there was a lot more I could have done off the field and also in the film room that could have elevated my game to a totally different level. I was complacent at the time, somewhat lazy, and I kinda settled for mediocrity. I thought what I was doing was enough. I thought that would suffice and I didn’t have to do anything else. I thought as my career went on I would continue to play at a high level. Everything that I was doing off the field, in regards to the marijuana and everything else, it didn’t slow me down, but it definitely slowed my developmental process because it made me lazy in a sense and I wasn’t really focused and didn’t take things seriously. Now, I want to make the most out of the next couple of years out of my career. I want to play my best football up until the age of 34 or 35, so that’s my plan. I’m gonna put everything into it. Put my all into it.”

On the fact that he still had success even when he didn’t dedicate himself completely:

“Just imagine what I could’ve been doing if I really would have been applying myself. That’s a regret that I have. I’m just glad that I have an opportunity to make amends for what I didn’t do and try to recap that. That’s what I wanted to show in my documentary because people didn’t know that. I wanted a clean slate, I wanted to put all of that out there so that once this documentary aired and the series is over, then I can move on with my life and I don’t have to answer a lot of questions. I can just answer them through my actions.”

On whether or not he think he will be back in Philadelphia:

“I don’t know. We’ll see. Wherever I end up, I’m gonna be happy and make the most out of my situation.”