The Memphis Grizzlies have been to the NBA playoffs three times in their 15-year existence. Coincidentally, those three years were the only winning seasons in franchise history. The Grizzlies’ winning percentage has gone up since moving to Memphis in, but they are still 126 games under . since then and hadn’t won more than 24 games in three seasons until going  last year.That said, with the recent squabbling between Grizzlies majority owner Michael Heisley and the agents of his incoming rookies, the Grizzlies could be heading back in the wrong direction. They are the only team in the league that hasn’t signed their first-round picks, which is usually a pretty fast and simple process in the Association.And after listening to the following radio interview, it’s not very hard to see why the franchise has struggled. 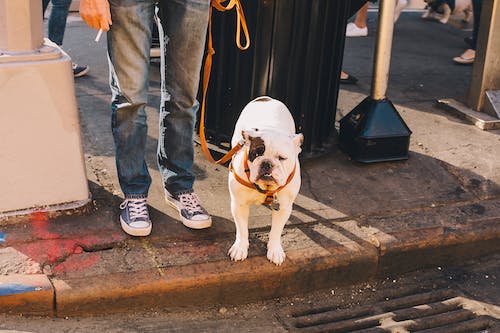 Sure, they’ve always been a small-market team in a big-market league, but I can’t imagine how Heisley would go over in a big market. If you’ve got the time, listen to the full 35+ minutes of his fifth-grade arguments and his interesting and sometimes oddball philosophies and decide for yourself. If you don’t have that much time, here are the highlights … or rather, lowlights.Memphis Grizzlies owner Michael Heisley joined 730 Fox Sports Memphis with The Chris Vernon Show to discuss the Xavier Henry contract situation, why the Grizzlies have decided to make it a situation, how the NBA owner has never read the Collective Bargaining Agreement, how he feels about the media, his signing of Allen Iverson, his drafting of Hasheem Thabeet, his not signing Hakeem Warrick (note that he doesn’t know how to pronounce Hakeem’s last name) and whether he’s got the right people surrounding him to make sound basketball decisions.

On the situation surrounding incoming rookie Xavier Henry and why the Grizzlies haven’t signed him:

“The situation is that, the facts are, that in the Collective Bargaining Agreement for draft contracts, there’s a 40 percent available for what they call a performance clause. So, in that, you can ask the players to make a reasonable performance factor. So we put in some performance criteria and the agent Arn Tellem, for Xavier, he thinks that’s not right and not fair so he has advised his client not to sign.”

On why he has added those performance clauses while most other NBA teams don’t use them in rookie contracts:

“I guess the good question is why doesn’t the rest of the league do it? They negotiated it. It’s part of the collective bargaining agreement. I assume it was put in there — I don’t know, I was not part of that negotiation — but normally you don’t put something like that into the wage scale thing unless you intend to have a performance criteria. Obviously other teams have chose not to use it. There have been teams that have used it. There are teams this year that are using it. But there’s absolutely no question the vast majority of teams have not used it.”

On the fact that teams likely do it to ensure agents aren’t representing players for free and to keep agents happy:

“Good agents, like Arn Tellem, does a lot more for his players than basically what we’re talking about. But I cannot believe that that’s the reason it was negotiated into the collective bargaining agreement. I guess the point is that I think it’s reasonable to have some reasonable performance situation or the league should have just basically said ‘We’re not doing this anymore.’ … I’m not trying to be a hard person about this. I do not have anything against Xavier Henry. I definitely don’t have anything against Arn Tellem. I’m just doing what I think is the proper thing to do. I understand that that may not sit well with the agents and with the player, but quite honestly, I think that’s part of the performance. It doesn’t sit well with me when I get a player that comes out and he’s a rookie and he turns out to be a long-term contract and … virtually doesn’t contribute anything to the team, either.”

On whether, then, Xavier Henry is paying the price for past rookies who have underperformed:

“I would say that’s not the case. In fact, I would say that has never been part of it. As a matter of fact, when we drafted [Hasheem] Thabeet, if you went back and looked at the record, we were very, very clear that this was going to be a project and we did not expect to have any kind of high performance out of him in the first year.”

On where the new idea of adding these performance clauses came from:

On why, then, those people decided to now add the performance clause idea into the contracts:

“In the collective bargaining agreement, it says, quote, and I don’t know if that’s a quote, but it in effect says  that you have 30 percent of the rookie salary, which is mandated, you don’t negotiate the salary, 30 percent of that can have performance criteria attached to it. This idea of basically having that was raised by somebody who negotiated the collective bargaining agreement, not me.”

On whether he’s afraid that he’ll anger players and agents because of the decision:

“If you do that and every time you turn around, if you run around saying ‘I’m not going to do anything because I don’t want to piss off, as you say it, piss off current players, other players and so on in this league. Let me tell you something … what we ought to do, is just, according to you, is just call up Arn and say ‘Tell me, what am I supposed to do?’”

On being the only team that hasn’t signed its rookies:

“That’s fine! I’ve got plenty of time to sign the rookies. We’re negotiating. There’s nothing going to happen for the next 30 days or 60 days. I’m sitting here, they didn’t come to summer camp, OK.”

On whether it’s bad PR to have this situation still sitting out in the open:

“It’s not bad public relations to me! OK? I’m basically negotiating a contract as was set out in the collective bargaining agreement.”

On whether the press affects his thoughts:

On whether Grizzlies fans should be embarrassed:

“If we’re in the playoffs, Grizzlies fans shouldn’t be embarrassed. In 10 years I’ve been in Memphis, we’ve made the playoffs three times. Go back and look at all of the small-market teams in the NBA and see how many over the last 10 years have been in the playoffs three times. I think you’d find out we’re about in the middle of the list. So if Grizzlies fans are embarrassed, I can’t help that. I am embarrassed because I hate to lose and I will admit that we haven’t won. And I’ll tell you something else, the hardest thing I ever did in my life was basically try to make a winner out of a small-market team in the NBA. There’s not many places that do it, but some of them do it. San Antonio did it. But they did it because in like three drafts, they basically picked number one and got two pre-cut damn good players.”

“We tried to sign Hakeem Warwick. He wouldn’t sign the contract. Finally it got down to the point where we had to make some decisions. If we hadn’t have withdrawn our offer, he would’ve had the right to hold us to that offer until … December, the trade deadline, if he didn’t go forward. We made the decision we couldn’t wait any longer. After that, he went out and signed for almost exactly what we had offered him because he thought he was going to get more money. I hated to lose Hakeem Warwick. We didn’t try to get rid of Hakeeem Warwick. We tried to keep Hakeem Warwick.”