For a minute there, it appeared the Miami Heat had figured things out. Once again, I now have no idea what to believe when it comes to the team with the Big Three who started the championship celebration before the team had ever even taken to the basketball court. The bipolar Heat tried to silence critics with a three-game winning streak that included victories over the Los Angeles Lakers and San Antonio Spurs. However, the Oklahoma City Thunder abruptly ended that streak by winning in Miami on Wednesday night.It was the Heat’s seventh loss in 10 outings, harkening some back to a skid that included a goofy national scene that involved members of the team crying in the locker room. Chris Bosh says that game might have been the low point, but the emotions shown after it were nothing to be ashamed of. Chris Bosh joined 790 the Ticket in Miami on the Dan LeBatard Showto discuss the low point in Miami’s struggles, why the team is so bad in critical situations, whether he has confidence in his teammates, former players criticizing the Heat, Crygate and Kobe Bryant taking 90 minutes after a game to shoot on Miami’s court. 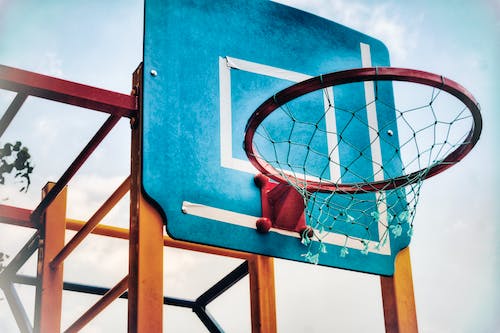 What was the low point in Miami’s recent struggles?:

“I think the low point for us is, I guess, the Chicago loss, probably, and then the Portland loss was just another part of it. The thing about the Chicago loss was that we had every chance in the world to win that game and then it came down to one missed box out and it cost us that game. We fought so hard just to get out of that streak … and every time it was close we just didn’t come out on top.”

Why is the team 1-for-18 in late-game critical situations?:

“We’re still coming together as a team. We’re still trying to figure out what plays work better for us. There’s not too many situations where you’re going to be in the last 10 seconds and need a shot. … You can’t practice that, you just have to experience that. … Everything’s a work in progress. I wish we could be 18-for-18, but that’s not the case.”

Was there a point where the team lost confidence in each other?:

“No, I didn’t feel like it was falling apart. For one, we all shared the same frustration, we all wanted to win. We all went out there and played hard, we just made mistakes. … When I look to my left and look to my right, all the guys feel the same way. … I know what the spirit and what the character of our guys are. The fact that we were pissed off and the fact that it did hurt us when we did lose, that shows a lot of character.”

What is the criticism that has hurt him the most?:

“It’s not the criticism that hurts me, it’s just kind of like when players say something, guys that used to be in the locker room and don’t play anymore, and they have these opinionated comments … it’s kind of strange. You were a player one day, too. … But at the same time, I don’t let stuff bother me. Being a skinny kid growing up in Dallas, Texas, it wasn’t easy to play basketball.”

Which players is he talking about there?:

“Anybody who is a former player. You can be opinionated, but when you get on the verge of being personal, it’s like, that’s enough.”

On the reaction around the league to Heat players crying in the locker room:

“Any player who says they haven’t cried over basketball, they’re lying. … It’s emotions. That don’t make you weak. It doesn’t make you weak as a man or as a player. That just shows how bad you want to win. It really doesn’t matter at the end of the day.”

On Kobe Bryant shooting for an extra 90 minutes on the Miami floor:

“I have no problem with guys wanting to get better, but if you think that any of us were going to be able to shoot on the Staples Center court for 90 minutes, you would be totally mistaken. I don’t think they should have allowed him to do that. … We should’ve shut the lights off.”