The coaching search at the University of Miami is over. The U has hired former Temple head coach Al Golden to try to restore the once proud program back to its glory days of yesteryear. Will he be successful? Who knows, but a big part of me believes that Miami will never rekindle the magic they once had. You’ll never hear anybody associated with the program utter those words though, including Golden who has grand visions of running a championship caliber program that also does everything the right way on and off the field.Golden joined The Michael Irvin Show on WQAM in Miami to talk about his coaching background as a defensive coordinator, a special teams coordinator, and as an offensive player, his background in sports psychology, how he disagrees with those who think that the tradition of the U is too much for kids to handle, what some of the primary lessons he’s learned from his mentors in the coaching profession, how he really wanted to be at Miami, and what he’ll be looking for as he determines who will make up his assistant coaching staff. 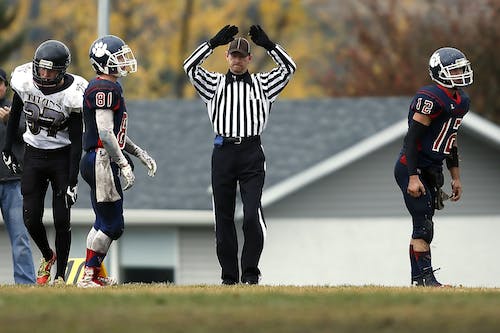 On if he considers himself an offensive or defensive coach first and foremost:

“I’ve been blessed because I’ve been a defensive coordinator, I’ve been a special teams coordinator, and I’ve spent time on the offensive side as you said earlier as a player. So I’ve had a chance to coordinate two of the three phases and obviously experienced the other one. So that just gives me a good background on all three systems that we employ during a game.”

On his background with sports psychology and how that helps him instill discipline:

“Well again I think it’s just kids need to be motivated. It’s not an easy ride to be a student-athlete at the Division 1 level. They need to be motivated. I think it helps me to instill core values, apply the discipline, and I’ve been thinking a lot about the University of Miami and what we’re going to do with the offseason program and to me it always comes back to Jimmy Johnson – everything begins and ends with conditioning. And we’ve got to get back to the point where we’re physically and mentally tough, where we have discipline. Everyone has their own impression of what discipline is, but it’s when it’s 98 degrees and it’s the fourth quarter and the game is on the line, you go on the snap count and you do the little things right, and that’s what we’ve got to get back to. You can’t have a championship team without discipline, and as I said last night, I’m going to make sure that the young people hear understand that you and those that came before them had.”

On if he agrees with those who think that the tradition of the U program is too much for the kids to handle:

“Well, number one, why would you relinquish a tradition that is second to none, and a brand that is second to none in college football. So I don’t agree with that part of it. I do agree with this though – once you teach them what this place is all about and they understand and people like you Michael come back and talk to them about the workouts and the energy and passion you played with, then it becomes about the process. I do believe that. It becomes about their process, their discipline, their decision making, those types of things. So I do agree with that part of it. Once they understand what our goals are and what we’re trying to achieve at the University of Miami, then it comes about executing on a daily basis, the plan and changing the daily culture. And we’re going to do that. But man, you’ve got so many great former U of M players, 45 players in the league right now, and over 275 drafted, boy I’ll tell you what, there’s a lot of schools that would love to recruit off that. And like I said last night, the quicker some of you guys can get down here and talk about how much the Notre Dame game means the better”

On what some of the main things he’s learned from his mentors in the coaching profession:

“Well with Coach Paterno, he kind of personifies what they do now down here at the University of Miami – they graduate kids, kids do a great job in the community, and they want to win championships. So I think that was obviously the foundation of Joe’s program: he wanted to graduate kids that also played at the highest level. Clearly Al Groh from a tactical standpoint, he was partnered and in that tribe with Coach Parcells and Coach Belichick, so I learned a lot of my tactical side from Coach Groh and my time with him. I had a chance to meet Coach Parcells when I was with New England in ’92 and ’93. Actually he released me because I wasn’t very good to be honest with you guys. But he’s always been a confidant, he’s always been a mentor to me. George Welsh, obviously College Football Hall of Fame. And then the thing about Tom O’Brien is we took over Boston College after the gambling scandal, so I learned how to implement a transition because it’s not easy. None of these transitions are ever easy, but there were alumni calling to end the program, that it’s an embarrassment, and there’s a gambling scandal and 18 guys had to be expelled and that whole mess. Then to turn it around three years later and go to Bowl games, and then he went on to be the winningest coach in Boston College program history. So I’ve been blessed from that standpoint. There’s always going to be skeptics, but to be honest, I could have taken a lot of jobs the last couple of years. I could have been one of those guys that jumped around a lot, but I wanted to build a program. And I left a program that I know now is going to be competing for championships for years to come. And I didn’t want to be one of those guys who turned it into a fire sale and a hit-and-run. So I think it’s important to grow roots and to be at a place for a long time. And really, my goal now is to be the first coach in 30 years to be here longer than five years. I don’t think anybody’s done it. I really want to be here a long time.”