Well, there goes any chance of seeing another team finish an NFL regular season undefeated. Two Saturdays ago it was New Orleans who went down after winning their first 13. On Sunday, the Indianapolis Colts joined the ranks of the defeated when they blew a lead against the New York Jets and lost 29-15. The Colts didn’t lose with their regular cast of characters though. Peyton Manning most notably, was pulled with the Colts leading 15-10. The Jets would go on to score the next 19 points and now control their own destiny in the AFC Wild Card picture.With the Saints and the Colts having now lost, the Miami Dolphins retain the title of being the only team to go through an entire regular season and postseason without losing. The New England Patriots of course came close several years ago but were denied by the New York Giants in the Super Bowl. The members of that Dolphins team can rest easy knowing their record’s safe for at least another year. One such guy was Mercury Morris, the mercurial running back who helped guide the ‘Fins to greatness during the ’70s only to see his life collapse before him following a cocaine bust 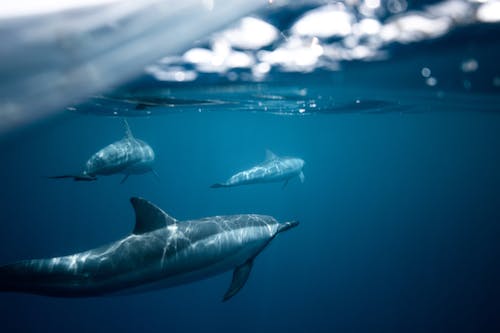 Morris joined The Dan LeBetard Show on 790 the Ticket in Miami to talk about Jim Caldwell’s decision to pull key starters during the Colts’ loss on Sunday, what he would have done if Don Shula had done something similar to him during his playing days, and throughout the interview, to remind everybody just how awesome the ‘72 Dolphins were.

On What He Thought Of The Colts Decision To Rest Key Players For Much Of Sunday’s Loss To The Jets:

“Honestly, I was disappointed. Because I would have liked to have seen them go on to where it really counts what they’re doing right now. Unfortunately for them, I understand that they wanted to rest their people and not take a chance of them getting hurt, but it would have been nice to continue the drama.”

On If He Would Have Been Verbally Upset With Coach Shula Had He Done Something Similar And Removed Him From An Important Game:

“Of course, of course. There’s nothing to do. Let me tell you something, not on that scale, in ‘73 in the last game that we played in ‘73 in the regular season – Zonk and I could have been…we were the first tandem 1,000 yard team. I went in to the game needing 46 yards and Zonk needed 54. Shula held me out that game because I had been hurt the two weeks prior to that and he wanted to rest me up for the playoffs. I didn’t give it a second thought. And even thought I lost a whopping $3,500 bucks if I had gained 1,000 yards, the most important thing was to get ready for the playoffs and go through and win that. Only about six or seven years ago I’d say did I get pissed off about it.”

On If He Thinks The Decision Was Jim Caldwell’s Or The Organization’s:

“I think it was Jim Caldwell’s decision with organizational backing. The most important thing is not doing something that somebody has never been done before. The most important thing is to win the championship. So when you put so much pressure – like what happened with the Patriots and like what happened to every team that succumbed to that – what people don’t realize is it was never our intention to go unbeaten, it just happened that way. Now, when you frontload intention and you frontload the possibility of greatness, you’re putting pressure on people that they’re simply not able to withstand, as is evidenced by the record which reflects only one team being able to do that. And no pressure was on that team except to do one thing – winning…based on the fact we had lost it the year before. So that gives us a purpose for doing what we did – winning every game. We just happened to do that because our main goal was to get back to that one game and win it. So we just happened to go unbeaten along the way. The minute you start making greatness a frontloading effort like has happened with the Patriots, and of course it happened last year with the Titans, they were 12-0 but that was a fiction. And now this year with two teams in the hunt, once again it lets you know how difficult it is to amass a team each week with a game plan that’s consistent enough each week to beat your opponent regardless of who it is. The fact that they took Peyton Manning out and they lost – that’s what I would be looking at. Because if something happens to Peyton Manning – you can look at the picture that he’s created – that they’re not going to be able to fare too well against anybody. So the last thing you want to do is put all your cards on Peyton Manning. Sometimes Peyton Manning plays extremely well, and other times this year which has been great, other teams…I mean, his team, has rallied around him and done things that are necessary for them to win football games. Because in the end, it’s not about Peyton Manning, it’s about the team.”