McNabb Looking for Jersey Shore Nickname as he Debuts in Washington

D-Mac seems to fit the bill, but is probably the easy way out. The Beard probably wouldn’t fly on the East Coast. If the Washington Redskins have their way, perhaps Donovan McNabb’s “Jersey Shore” nickname would be “The Solution.” McNabb, traded from the Philadelphia Eagles to division rival Washington, during the offseason, is 92-49-1 as a starter. You’ll have to excuse him for the tie mishap as has 216 touchdown passes and just 100 interceptions in 11 NFL seasons. However, he has yet to win a Super Bowl. But McNabb says he won’t judge his entire career based on whether he wins a Super Bowl. And we will do our best not to judge him for being a fan of MTV’s reality show. Donovan McNabb joined WQYK in Tampa with Shaun King and Toby David to discuss his memories of Philadelphia, his thoughts on his new team in Washington and his reality show preference. 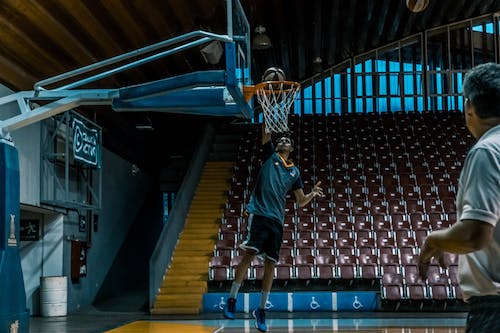 On being with the Washington Redskins:

“This is somewhat new to me after being with one ballclub for 11 years and having to go through offseason workouts here, going through new plays and new faces and new bodies surrounding me. But the exciting part about it is the challenge and I look forward to what we’ll be able to do.”

On best and worst memories with Philadelphia:

“I don’t look back and regret anything. If I had to do it all over again, I would do it the same way. Obviously I would make one game a different outcome. One thing that I’ve kind of looked back on is the ‘99 draft and a guy kind of sticking his neck out for me and taking a chance and having the confidence knowing that I could be his future quarterback. … I look forward to doing that here again in Washington.”

On his thoughts when he was traded to a division rival:

“I never wanted to go anywhere, but if I was traded or moved to another city, you want to go somewhere where you can contribute and have a good core around. … Playing against this team twice a year, you get a chance to see them and meet and greet them, become good friends with them. When it happened, I was just like everybody else, I was kind of shocked about it. But the move was made and I just want to make the best of it.”

On importance of winning a Super Bowl for his legacy:

“I’ve always been a big believer that winning a Super Bowl is an outstanding achievement, but that doesn’t really reflect on what type of career that a person has had. Many quarterbacks have won throughout their career and had a lot of success … and have a lot of wins, but were not able to win that Super Bowl. But that is the ultimate goal.”

“We kind of feel, going through this thing, like Albert’s going to be here. I think he’ll show up to training camp. I kind of got word that he lost 25 pounds and that’s an excellent thing. We just hope that his strength is definitely there.”

On whether he would consider having a reality show:

“That would be a negative. No way will I put my family and my life on the TV or be involved with something like a dating show or any type of reality show. A couple shows that I would like to join though, I know you don’t see too many black people on the Jersey Shore. I figure I can gather up a couple of my boys and we can go down there.”