Max Hall Has Brought Hope Back to the Desert

The Cardinals went into yesterday’s game as a heavy underdog and had a number of obstacles that they had to overcome. They were playing against the Super Bowl champs, they were coming off a loss against the Chargers where they got throttled, were missing a couple of wide receivers, and they were starting an undrafted rookie free agent for the first time in his career. There were 15 quarterbacks that were taken in the NFL draft and Max Hall wasn’t one of them, but he’s the only one with a win against New Orleans on his resume.While nobody in Arizona is making reservations in Dallas this season, the Cardinals have faced a ton of adversity already through five games and yet they still sit in a familiar spot. At the top of the NFC West looking to defend their crown with a 25-year-old rookie who has given the Cards a spark.Ken Whisenhunt joined KTAR in Phoenix with Doug and Wolf to talk about the win yesterday against the Saints, what it means to his team to be going into the bye week at 3-2 after facing a ton of adversity, what he thought of Max Hall’s performance, and what changed for the team this weekend on the defensive side of the ball. 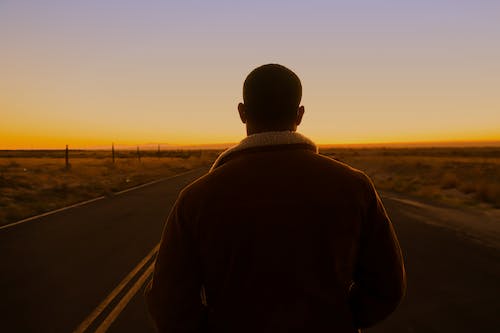 On how it feels to get a win over New Orleans:

“Well it feels a lot better today than it did last Monday morning. It was a lot of excitement in the locker room yesterday because there has been a lot said about our defense, our team, where we are, and our players have a lot of pride. The response that they showed over there at the stadium indicated that. It was a good thing. It’s always good when you come together as a group, you go against what everyone thinks is going to happen, and you have success. We’ve had that a number of times. The crowd yesterday was unbelievable. It was like a playoff game and it was a very satisfying day.”

On the best players playing well:

“It sure appears that way. If you think about the game yesterday, what really stands out is that it was team defense. You like at all the guys that made plays, it wasn’t one guy making all the plays. It was Clark Haggans with the sack, Kerry Rhodes obviously, Jerry Porter with the holding penalty, Dominique (Rodgers-Cromartie), we had a couple of guys breaking up passes, it just seems like there was guys all over the field. That to me is what you have got to have. Your best players had to play better and they did, but you have to have a group of guys that have that mentality that they’re going to go out there, make plays, and work together as a unit. If we can just continue to improve on that, we’re going to improve on our defense.”

“He won. That was way too easy. He played well enough to win. He made some big time throws and he did some good things managing the huddle. We’ve gotta get him to be a little bit smarter about trying to knock defensive lineman out and losing that battle, and he can’t put the ball on the ground. But as far as managing the offense and as a first step, there’s a tremendous amount of hope and a lot of things to look forward to. I sit here look at it in our bye week and we’re three and two. Our aspirations were to be better than this, but after the way we have played in the first five games, we’ll definitely take it. We’re going into our bye week, we haven’t played our best football, but yet we’ve won three games., I think that speaks a lot on the quality of the team and if we continue to improve, my gosh we have a chance to be a really good football team.”

On the confidence of Max Hall:

“There’s a difference between being confident and being confident and able to play. There’s a lot of guys that are confident that say I’m gonna do it coach. Then they get in there and they’re not able to get it done. What stands out with Max is that every test he has faced he has found a way to be successful. It’s not always perfect, but he will get better. That’s the thing about Max, he’ll process this, he’ll learn from this, and he will get better. He’s a sharp young man, he has lot of confidence, and I believe that’s the reason the team has kinda gravitated toward him a little bit. When he steps in that huddle, he takes control of it. He’s got a lot to learn, but yesterday was great experience for him. He played almost 60 snaps against the Super Bowl champs and won the game as the quarterback and that’s a great building block.”