The NFL Pro Bowl is a joke. It reminds me of the NBA All-Star game where no one plays any defense. None of the players try and tackle and they all play like pansies. I understand that the players want to stay healthy and avoid injury but it is hard to watch these amazing athletes lollygag around on the field after watching them rip each others heads off during the season. Some players, like Maurice Jones-Drew and London Fletcher, actually wanted to play because this was their first Pro Bowl and they wanted to make it special. The game seemed to pick up late in the fourth quarter because the game was up for grabs and the players wanted to cash in. The players weren’t playing for bragging rights rather for a paycheck. Each player on the winning team gets $45,000 while the losing team receives $22,000 and MJD was motivated not to lose his payday. He almost didn’t get to go down to Miami because his mother was diagnosed with meningitis and was in the hospital. Jones-Drew and his quarterback David Garrard were the only two Jaguars selected to the Pro Bowl but they weren’t alone. Jones-Drew treated fullback Greg Jones, his five starting offensive linemen and two reserves to the game. Talk about a thankful and humble athlete. I wish there were more of them. 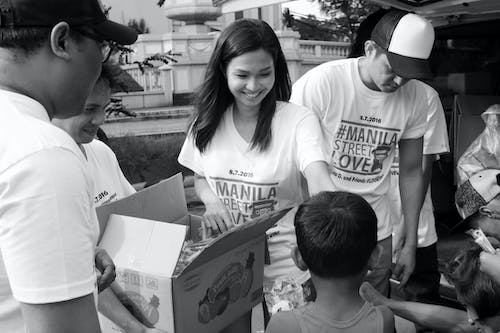 Maurice Jones-Drew joined the Dan Patrick Show to talk about why players do not tackle in the Pro Bowl, what he thinks about Wayne Weaver coming out saying that he would like to have Tim Tebow on the Jaguars, and whether he asked Wayne Weaver if he was interested in Tim Tebow.Whether players tackle in the Pro Bowl:“Yeah I think late in the game they were going to start playing a little bit because that 45 was on the line and we just wanted it more.”What the difference is running the ball in the Pro Bowl vs. regular season:“They are not tackling.”On how players do not tackle in a game that is tackle football:“Well because you are trying to come out healthy. You don’t want to go out there and out your shoulder down and your shoulder just falls off and it is just laying on the ground.”Whether he struck up a friendship at the Pro Bowl with anyone:“I knew really most of the guys there so you know…”Whether he got any memorabilia from another player:“I actually swapped helmets with a lineman but I really don’t like to bug people for autographs because I really didn’t want to walk up and seem like a groupie… That is just not my style.”What he thinks about Wayne Weaver coming out saying that he would like to have Tim Tebow:“He didn’t say that. (Host: He would love to have Tim Tebow in Jacksonville.) I don’t think our owner said that. I think someone just made that up… I talked to him actually.

I have the inside info. Do you want to know it?”Whether he asked Wayne Weaver if he was interested in Tim Tebow:“Yeah. (Host: And what did he say?) That is classified information… Let me tell you the truth. I think Tim would come to Jacksonville and there would be so much pressure on him because what he did at Florida, he is from the city, everybody is going to be all hyped up about it and if he doesn’t play well, which we hope he would. If he doesn’t play well, what is that going to do to his confidence?”Whether he wanted to play for the Raiders:“At first I did. I really did at first but then being back at home there is all that pressure. You have family calling for everything. Everybody wants to be around you. I think it was best for me to come out here to the Sunshine State.”