We are excited about the direction we are heading and what we are in for .”The Houston Texans have been mired in mediocrity for years now and each season NFL experts expect big things out of them but they tend to disappoint.  Last year, the Texans enjoyed their first winning season in franchise history.  Getting off to a great start and fading late during the season or the complete opposite was become somehwat of a stigma that has plagued the organization since joining the league, but winning their last game of the season to achieve the 9-7 record says something about where this team is heading.  With Matt Schaub under center the Texans offense has become a well-oiled, offensive machine that has been able to spread the ball around efficiently.  One thing that could hinder them this season is that their former offensive coordinator, Kyle Shanahan, decided to join his father’s staff in Washington. 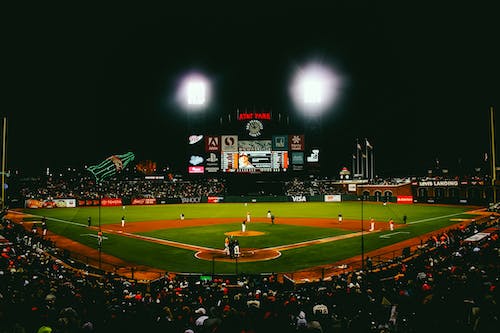 Under Shanahan’s tutelage, the Texans offense progressed each season and they were ranked amongst the best offenses in the NFL, in terms of team statistics.  Despite losing Shanahan, they still have some offensive weapons in Andre Johnson, Steve Slaton, Kevin Walter, and Owen Daniels to name a few.  To say the least, the Texans have everything going for them heading into the season.This could be the season that they finally put everything together and rise out of the Indianapolis Colts’ shadow.  The question is, will they?Matt Schaub joined KBME in Houston to talk about where he thinks the offense is headed with a new offensive coordinator and a new quarterbacks coach, whether he thinks their passing game is potent enough that if they have a better running game their offense will be one of the best, and whether he thinks being a top 3 offense in the NFL means they would be more efficient in scoring touchdowns.

Where he thinks the offense is headed with a new offensive coordinator and a new quarterbacks coach:

“Well I think we are going to remain the same type of offense.  Obviously we want to get the running game going as you mentioned.  It is difficult here when you are limited contact here and everything like that.  But as far as the scheme goes and how we are going to operate things are going to remain pretty much the same way.  We spent a lot of time, Rick and Greg Knapp and myself, and Coach Kubiak, the other guys watching film and breaking it down all offseason just so we were caught up to speed with everything and brought those new pieces to the puzzle along just so we are on the same page going into training camp.  Once you get to training camp the season is right around the corner.  We have to be full-speed ahead.  I felt like we had a good OTA session as a group, really improved.  We got the young guys up to speed.  They really jumped into the playbook.  We have got some bright guys that can digest that book and really helps us out and start this year.  So we are excited about the direction we are heading and what we are in for .”

Whether he thinks their passing game is potent enough that if they have a better running game their offense will be one of the best:

“Well I think so.  We just want to be more efficient and effective with our run game looking at our totals and everything looking at the year.  In certain situations, you are right.  We want to be situationally a better running team.  At the same time, we want to be able to run the ball and be consistent with it for 60 minutes, 16 games of the year because it helps so many different things.  In helps your passing game, it helps you to control the clock.  It helps you to control the tempo of the game.  It helps your defense get a break for a longer period of time, not be on the field so much if you can move the football running it down in the red zone.  The most effective thing you can do is to be able to run the football because there is not enough space in pass-coverage so it makes it tougher to throw down there.  So there are so many different things to tie into that just to be more efficient and effective with it is the main goal.”

Whether being a top 3 offense in the NFL means they would be more efficient in scoring touchdowns:

“I think the things that would make a better way to judge it is your wins.  It ultimately comes down to winning football games.  We took a step in a positive direction going 9-7 last year winning our last four putting ourselves into position barring some help in Week 17 there to get into the postseason, but those other two teams have been in the postseason for a few years now and that is the direction that we want to go.  That is where we want to get to and that is the ultimate place where we want to be at the end of the season, anything less than that would be a disappointment.”

Whether he thinks playing an outdoor game in Houston would be an advantage:

“I don’t know about that.  There is maybe a slight advantage, but I don’t think it is as great as you think having the roof open early in the year to play.  We had a bunch of games when Hurricane Ike hit when the roof was damaged and we had to play the whole rest of the season, almost our whole slate of games with the roof open.  So I don’t know if it gives us too much of an advantage.  It might a little bit but at the same time we practice out in the heat.  In the afternoon hours in two-a-days, we do go into our bubble a few times just to get out of the heat.  I don’t really think that it plays too much of a factor but we are welcome to try it.”