I have a theory about Matt Hasselbeck and his future with the Seattle Seahawks. I think the NFL Lockout is a blessing in disguise for the veteran signal caller. Why? Well, I think that the Seahawks are ultimately going to decide to re-sign Hasselbeck once the lockout finally gets resolved if for no other reason than they won’t want to deal with yet another potentially adverse PR hit. Sure, there’s plenty of folks here in Seattle that would rather the team go in another direction and part ways with him. But an even bigger percentage would view the move as one that doesn’t show any loyalty to a guy that’s done so much for the organization and community over the years. Just my two cents. Hasselbeck joined 950 KJR in Seattle with Dave “Softy” Mahler to talk about what it’s been like dealing with a prolonged lockout at this stage in his career, how difficult it’s been to round up teammates to do passing drills with, the Seahawks facing Cleveland in 2011 and facing his former coach Mike Holmgren if he’s still with Seattle, if he’s worried about the perception of players and the league in the eyes of fans throughout this lockout, how nothing’s changed with his contract negotiations with the Seahawks because of the simple fact that he’s not allowed to have any contact with the team, and if he would find it disappointing to have to end his career somewhere other than Seattle. 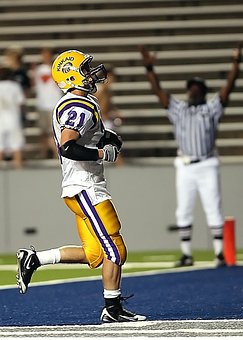 On what it’s like been dealing with a lockout at this stage in his career:

“It’s been weird, it’s been really weird. I think everyone was okay with it because it was February, March, April, it’s really not that big a deal. Then the schedule comes out and I think as players, your juices get going and you’re ready to get back and play football. You just hope the lockout ends soon, and I hate to say it — I’ve never said it — but you kind of miss your coaches. I haven’t seen a coach, I haven’t been able to talk to a coach, and you miss those guys. You spend a lot of time with them during the season and you just kind of wonder what’s up with them. I don’t know what it is, but it’s this time of year your body just starts getting ready, it’s just like ‘okay, this is the time.’ But I think we’re replacing it with working out with each other without the coaches, so we’re having fun with it. But the quicker it can be over the better.”

How much has he been trying to round up guys to just go do some passing drills:

“It’s a challenge, it’s really challenge. You know, we would do that in college, but we did that constantly in Green Bay. Green Bay was not somewhere where people wanted to live in the offseason, so there weren’t too many guys. Even when I first started in Seattle with Mike Holmgren, we didn’t have OTAs and all that stuff. It was just like ‘okay, get a quarterback and a receiver and a safety or middle linebacker, he’ll call the defense, you call the offense.’ But with the amount of free agents that we have on our team, there aren’t a lot of guys that stuck around. And the guys that are here are here because they had offseason surgeries and are doing rehab. It’s been a challenge to get guys to come live here in Seattle in the offseason, because they don’t know they’re going to be on the Seahawks next year. So it’s been disappointing that way. But at the same time, it’s been an opportunity to work with guys on other teams, former teammates, Seneca Wallace, Nate Burleson, I’m working out with John Carlson who’s kind of my workout partner.  And he’s an absolute beast, so he’s the perfect partner to workout with because he really gets after it.”

“You know what, I haven’t even had a chance to look at the schedule, I just came in here. It’s all exciting. You hear about the nationally televised games which for Seattle is important, we never get those. And I just think our fans have deserved it and they’ve earned it, and it’s about time. It kind of makes me mad when those people in New York dis us the way they do. So that’s good for our fans. But it’s one of those things where it doesn’t really matter when the game is or where the game is, it’s just exciting to have games. And I think that’s probably been the lesson through this lockout just that it can be taken away from you at any moment. And as players, we’re just chomping at the bit to get back.”

If he’s worried about the perception of the players and league in the eyes of the fans throughout this whole lockout mess:

“Well if it goes that route. To this point, at least on our end it’s been nothing about greed. It’s just been about we want to play. There’s absolutely nothing we’re asking for. We’re asking to play, I mean, that’s it. We’re saying let’s play. We’re not asking for anything new. I mean, we proposed a rookie wage scale so I guess that’s asking for something. So I don’t know. I guess you can make the argument that we get health insurance for five years after we’re done playing, we have asked for ten, we’ve asked for ten. So that is greedy. I apologize. My apologies.”

Does he feel confident that he’ll be back with the Seahawks and has anything changed with negotiations with the team:

“Well really nothing’s changed since that starting date… what was it, March 3rd when the lockout came, or when we thought it was a lockout and then there was an extension. But teams aren’t allowed to talk to players; players aren’t allowed to talk to teams; you’re not allowed to talk to coaches. I was at my five year old’s youth soccer games, I saw one of the coaches on one of the other fields — I kind of gave him the wave like I’m not going to come say hi, I don’t want to get in trouble. So it’s just a weird year, it’s weird that way. But absolutely nothing has gone on in terms of talks because nothing can go on. So we’re in the exact situation that we were on March 3rd. It’s funny, you’ll be on vacation or be somewhere and you’ll see something come across the ticker like it’s news. I mean, nothing can happen. So I guess the Draft will happen and that will change things for some teams and positions. But right now, all we’re doing, all you can do is bust your butt, work out really hard, you’re not going to get that world-class coaching that you’re used to getting from your position coach or your strength coach. So you’ve just got to find ways, find people that you know can help you, and work with other teammates and push each other to get better.”

If he would be disappointed by having to finish his career somewhere than Seattle:

“I really haven’t thought about it. We just kind of sent some feelers out there to our children, like ‘what would you guys think about…’ And they did not take it well. They were like ‘no, no, no!’ We were like ‘it’s just hypothetical, don’t worry about it.’ So I don’t know. You never know when your last game is going to be — coaches say that all the time. Definitely not something I’ve put much thought into, but you truly never know. My hope is that I’m back, but some things are out of your control. And if they don’t want you back, they don’t want you back, and there’s nothing I can do about that.”