With the non-stop, never-ending, and somewhat depressing news of the NFL lockout, dominating the most popular professional sport in the U.S. the athletes that play the game of football are left to spend even more down time in their off-seasons until the matter is resolved. Jets quarterback, Mark Sanchez, started his off-season with a bit of a black cloud under him due to a “rumored” romance with a New York City teen, Eliza Kruger. It’s not our place here at SRI to tell you if there was any truth behind the Mark Sanchez-Eliza Kruger story, but the former USC stud has laid relatively low since the story had been reported. Sanchez has been enjoying his off-season, spending his time where else but in Southern California. He recently dropped by USC practice to speak with coach Lane Kiffin. The man who lead the New York Jets to back-to-back AFC championship game appearances is hoping the lockout can end as soon as possible because he believes New York has a great group to make another run at an eventual Super Bowl title. Mark Sanchez joined Fox Sports Radio with Petros and Money to discuss getting stuck in an elevator over the weekend at his alma mater USC, what did he make of the media reaction to his rumored romance with NYC teen Eliza Kruger, how hard is it for him to go out in New York and if he enjoyed the Hard Knocks experience last season. 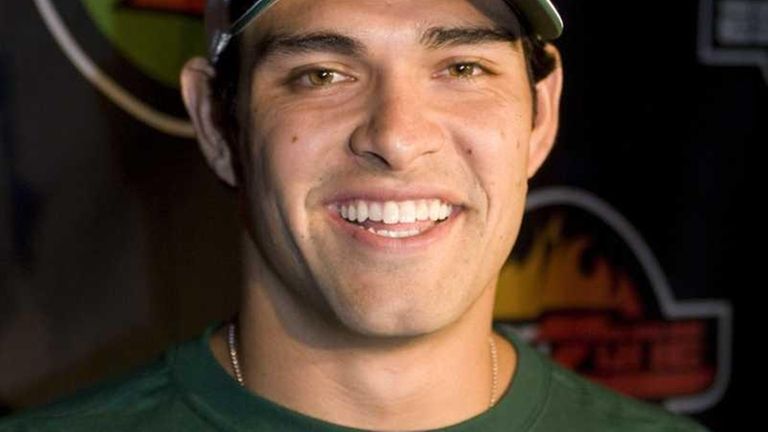 How did you get stuck in an elevator yesterday? Who was with you? How were you rescued?

“Actually the fire department came, which was weird. Yesterday, I went up to USC. I got up their early, pretty much all day and got to see the likes of Tino, Pops and Russ and everybody in the training room and the equipment room. I went over and saw coach [Lane] Kiffin, got a chance to speak to the football team and watched practice. Than right after that you know I worked out a little bit. My brother represents Damian Williams and Patrick Turner and my best friend Scotty McKnight. Keary Colbert was out there, so we all threw the ball around a little bit, staying in shape and [we] worked out. Later on that night I got a a chance to speak at the Annenberg School for Communication. A professor invited me back to speak on a panel. We’re getting ready to go downstairs, down below in the auditorium, and instead of taking the stairs we all got in the elevator and got stuck for like an hour. It was me and about five other people. Leigh Steinberg was there. A couple of people, oh Willie Gault of the ’85 [Chicago] Bears wide receiver was there. It was so funny.” (Editor’s note:  This interview took place on Friday)

What did you make of the media reaction to your rumored romance with a New York City teen (Eliza Kruger)? Were you affected by that? You seemed to lay low for awhile? Did it bum you out?

“You know it’s just one of those things that it’s an internet deal and I mean you know this very well being in the media. I’m playing in New York. One of the biggest cities in the country and you’re going to get scrutiny on-and-off the field, no matter what you do. You know you just gotta be smart about who you hang out with and it’s not even worth talking about at this point anymore. It’s a few months old. It’s just that’s the nature of gossip in the city. I mean that’s kind of the way things go and it’s…you know this better than anybody. I mean people embellish stories, fabricate stories, to try to drive traffic to their website, to try and get people to start talking about their publication. It didn’t bother me. It was just too bad that somebody had to go do stuff like that, but it’s a probably a great lesson about playing in New York and being in the spotlight. You know you learn from those things. Just I think yesterday they were talking… somebody told me about me hanging out with Hayden Panettiere. I was like yeah okay let’s be smart here. She’s got a boyfriend. Her family is like all Jets fans. She’s from New York, so we have some mutual friends. She knows one of my best friends Scotty [McKnight].”

How hard is it to go out now in New York?

“Come on man don’t give away my spot. You just gotta be smart. I’m with Scotty [McKnight] most of the time. You know people have usually been cool, but there’s always people trying to catch you, taking a picture of you doing something that oh yeah him and Hayden [Panettiere] are doing that. It’s like come on. We’re sitting at a club hanging out and we happen to be at the same place or something like that. It’s just too bad, but that’s the way it goes. It’s totally worth it to be where I’m at and get all the perks of playing in the NFL. If that’s one of the downsides I can live with it.”

“You know it was fun. It was actually really fun. I think for the fans it was one of the best things, especially the hardcore Jets fans. They loved it. They loved the chance to get to see all the personalities, to get to actually meet Rex Ryan and feel what it’s like in the meeting with him to understand what it’s like in a meeting with coach [Brian] Schottenheimer and coach [Matt] Cavanaugh, to see what our practices are like and to see how close our team really is. We have such a great group. I’m just hoping this lockout is over soon. We get as many guys back as possible, Braylon [Edwards], [Santonio] Holmes, everybody, and we make another run at this thing because we have a great group. It was fun to be a part of. I was a little hesitant, but I was just myself and I think that was the best part of our team. Nobody ‘hammed’ it up for the camera. Everybody was just themselves and people got to see that we have a bunch of characters on our team.”