If I absolutely had to wager everything on whether or not I thought Mark Sanchez would go on to have a very productive NFL career, I’m just not sure what position I’d take. Obviously it’s extremely tough to be consistently great in the NFL as a signal caller. A whole lot of folks have tried, and only a select few have succeeded. I can tell that Sanchez has something special about him when it comes to leadership and commitment to football. But does he simply have the skill set and tools necessary to get the job done week in and week out in the uber-competitive National Football League? Maybe. Too early to tell I suppose. The sophomore campaign for QBs is often a difficult one, as evidenced most recently by guys like Matt Ryan and Joe Flacco. Sanchez joined KLAC in Los Angeles to talk about the rough weekend his former USC teammate Joe McKnight had during the Jets first set of OTAs last weekend, how he thinks McKnight will be just fine once he relaxes a bit, what he thinks of the Jets off-season acquisitions, how the new guys were excited to get to work once they had spent some time around Rex Ryan, how he approaches his personal life away from football, the loss of Alan Faneca, how he’s not in fact dating Sopranos star Jamie-Lynn Sigler who he was photographed next to recently (she could do much better according to Sanchez), and his appearance on Saturday Night Live. 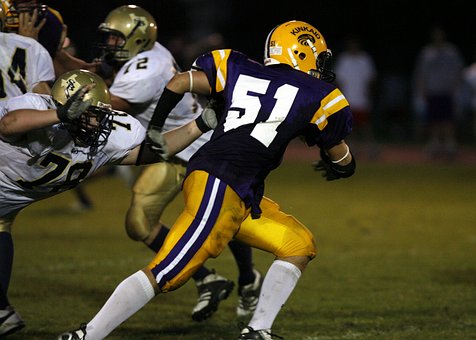 On the rough weekend his former college teammate Joe McKnight had:

“My man Joe had a tough time. He had a rough first weekend, but from what I hear, he showed flashes. And that’s all you need to really show in rookie mini-camp anyway, to show a couple of flashes and do alright. And he just had a tough time. I don’t think he was in the very best shape, and I know he was real nervous. I texted back and forth with him, and he was feeling some nerves. He was getting excited about playing, and felt like he almost had to do too much. So once he settled down by Sunday, he got his act together and had a better practice. But he’ll be just fine and I’ll help him out when I’m out there, so it’ll be fun.”

On the Jets off-seasons moves and if he thinks they signal New York’s urgency to try to win now:

“I think it felt like that last year anyway, we had these expectations with a new coach. Sure, I was a rookie quarterback so people didn’t know what to expect, but after the way we started, we knew we could take it far in the playoffs. We knew we could make a serious run. And now, making the moves that Mr. Tannenbaum, Mr. Johnson and the upstairs part of this facility did, I mean, they felt like these guys could really help us win, and they obviously wanted them to contribute right away, and hopefully this year we’ll be right where we were last year, and hopefully a step farther. So, I’m thrilled about the decisions. The guys they brought in aren’t just…you know, a lot of people have questioned their character, but I think they’re some of the best guys I’ve been around. And once they’ve been in our culture, they’ve been around other Jets players, once they get around Rex, they’re all just ready to play, and they just want the season to start now. So I can’t wait to play with these guys, and it’s a real treat. Especially a guy like LaDainian. This is a guy, I grew up with posters of him in my room growing up, and this guys’ now on the team. And he talks to me about protections. It’s unbelievable. So I’m fired up to have those guys.”

On how he approaches his personal/social life knowing what he knows about how Roger Goodell enforces the league’s personal conduct policy:

“I’m pretty normal man. I just have Brandon with me normally, if not I’m with my buddy Scotty. But it’s one of those things where Mr. Goodell is really trying to protect the shield, you know, the NFL logo. And his whole initiative is basically any kind of incident with alcohol, he’s cracking down hard; any incident with domestic violence, he’s cracking down real hard. And he doesn’t want any of that to interfere with the NFL and what we’re doing on the field. He wants to be respectable individuals and law abiding citizens obviously off the field. So some of these punishments may seem to people on the outside as either unjust or really hard, but I understand where he’s coming from and think he’s really doing his best to clean up the act around the league. So it’s good.”

On being filmed next to Sopranos star Jamie-Lynn Sigler recently and if he’s dating her:

“Come on guys, you’re killing me! No, I met her at an event at the Tribeca Film Festival, and we were both compensated for being there and both happened to be at the same place. So they took all these pictures of us watching the video, kind of doing what we were supposed to do so it looked like we were awfully close. But yeah, she’s a sweetheart, we’ve hung out across New York. She’s a great girl but I mean she could probably do much better than me.”

On the limo full of eight women that he was pictured in following his appearance on Saturday Night Live:

“That one, I wish I could say it was a really cool story and tell you something off the air. But it is about as harmless of a story. So, my best friend Rebecca who I’ve known forever, she’s like a sister, she was the first person to get in the car. This other girl I knew from college, her uncle was one of our coaches, and so another girl who you would never touch or try to date because her uncle was a coach and would probably kill you. Then the other girls were there friends and they got in the car. So I’m like squished in and we go two blocks to this other place and everybody got out and I pretty much never saw those girls again except for Rebecca and the other girl. So it was, I mean, I wish I had a cooler story but it was pretty lame.”