I don’t read Mark Cuban’s blog nearly as much as I’d like to. It’s usually chock full of interesting perspectives and insights about sports, business, and other relevant current events.  And not just in the world of sports either. His solution to the problem of the failing newspaper industrywas probably the most rationale and interesting take I’ve read/heard about the subject. Anyway, Cuban’s latest commentary came on The Dan Patrick Show on Wednesday, when he joined DP to talk about Rush Limbaugh’s attempt to purchase the St. Louis Rams as well as referees. You can also read his take on the matter on his blog. 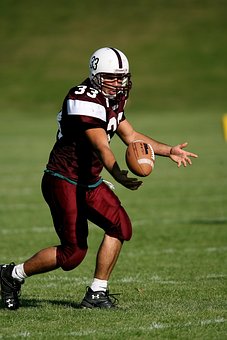 On how extensive the background check was when he was attempting to buy the Dallas Mavericks, and on how aware he was of how rigorous the process was:

“You  know, they didn’t tell me specifically but I sure heard from a whole lot of friends I hadn’t heard from in a long time and from former business associates who said people were calling them asking about me. So I don’t know all the details and for new owners who have come in since me, I haven’t asked what we do, so I couldn’t really tell you in depth what the specifics are.”

On if he thinks Limbaugh should be an NFL Owner:

“No, not at all. For the reasons I wrote on my blog. I don’t think the concern is really what he has said in the past even though they’re kind of using that as a starting point. I think the real question is what’s the upside for the NFL. This isn’t a guy who’s coming in and saying, know what, I’m going to pay $2 billion for this team and jack up all the valuations of every franchise in to the stratosphere. This is a guy who’s just a small minority owner – and that’s no disrespect to Rush. His money is green and it’s a lot of money whatever he’s investing. But relative to the bigger picture he’s a small minority owner that could create a lot of problems for the league. There’s just no upside to the league.”

On if he expects Limbaugh to be approved:

“If he has the money, then it wouldn’t shock me at all if they did not approve it; it would shock me if they did approve him.”

On why he would be shocked if he was approved:

On the replacement refs in the NBA:

“I want to see the traditional – the old refs – come back. They’ve worked their butts off and given a lot of blood, sweat and tears and so have their families to the NBA. So I want to see them come back, but I think everybody expected the replacement refs just to crash and burn and they haven’t. The three games that we’ve had, they’ve done a really, really good job. There’s no agenda, there’s no game management, it’s just call the game the best you can and to me that’s refreshing.”