I’m still trying to digest what former college basketball coach Tom Penders throws out in the following interview. On the one hand, he’s got some pretty funny and witty one-liners that come across as making some sense. On the other hand, some of the ideas he throws around sound flat-out senile. But hey, with all the new ideas and proposals being thrown around and rumored recently, no proposal or idea should be entirely dismissed. Penders believes we’re on our way to having 64 college football programs branching out into their own entity. He’s certainly not alone in feeling like that could be a possibility. Then he’s asked what that means for basketball, particularly schools that don’t have basketball programs. He’s got a pretty wild idea about what they should do to form America’s best conference. He’d even call it that. Tom Penders joined 106.7 The Fan in Washington D.C. with The Junkies to discuss Pitt and Syracuse moving to the ACC, the hypocrisy of former Big East commish Mike Tranghese crying on television, what he thinks will be the future fallout from those moves, what it means for basketball programs like Georgetown and St. John’s when so much of the realignment talks seem to be based on football, and how those teams could build a basketball mega-conference. 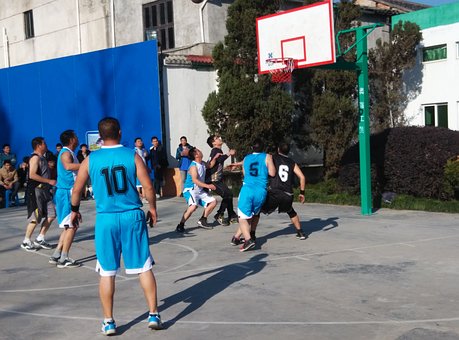 What were your thoughts on Pitt and Syracuse moving to the ACC?

“It’s all football-driven, no question. They want to be  a part of the big deal, the Super 64. If you read Joe Lunardi’s column on ESPN today, he’s got a tremendous column on what the future’s going to look like and I totally agree with it and came out with that same statement last week. It’s going to be a Super 64, they’re going to break away from the NCAA, they’re going to make their own television deal because they don’t want to split it with the MEAC, the SWAC, the MAC, the other MAAC, etc. … They want the money. It’s all about greed, all about money.”

“He was on national television crying, literally crying. And Mike raided Conference USA for the Big East just a few years ago. They took Louisville, Cincinnati, Marquette, DePaul and just totally just stripped our conference bare. Now he’s talking about loyalty. Give me a break. It’s dog eat dog, honesty and loyalty thrown out the window.”

More on the realignment:

“Some schools now, West Virginia’s finding out they’re not the prettiest girl at the dance. That’s the reality. Sometimes it’s hard to believe. It depends on how cloudy the mirror is that you’re looking into. … The word out of New York last night was the Big East now is thinking about really upgrading. They’re going after Army, Navy, Air Force, and George O’Leary said from UCF, probably the Coast Guard, too. … It looks to me like the ACC is going to be in great shape. And if they grab UConn, they’ve got another power that’s going to be continually super in basketball and they’re going to be getting better in football. … Syracuse football, I wouldn’t pay two dollars to watch, but you watch their program get better and better.”

How do good Big East programs like St. John’s that have traditionally good basketball programs fit in to all this?:

“Everything changes, and usually for the good. Maybe this will all shake out and be good, but I think the Georgetowns and the Catholic schools in the league that don’t have football can build a very, very strong and sell it as the basketball conference — maybe America’s best conference. That could be the title of the league. And go out and get Xavier and Dayton, maybe St. Louis and cherry-pick here. Maybe Rhode Island, UMass.”

“I’m talking about not limiting yourself with a number. … I’m just saying look at Xavier, what they’ve done, compared to what Maryland’s done in the last five years. … Butler, grab Butler. You have to have some public schools in there. … What’s the best thing for Georgetown? Well, try to find a place. It’s like joining a country club. You want to go to a country club where everybody smokes cigars in the locker room but you don’t smoke? … Maybe that’s not you. Go with people you have some things in common with.”