Execution. It’s as simple as that. In the second half on Sunday, the Baltimore Ravens defense came to play and shut out the New England Patriots’ high-scoring offense. The hurry-up offense was ineffective and wasn’t fooling anyone on the Ravens defense. Tom Brady got out of his rhythm and never looked comfortable. Now the Ravens are moving on to Super Sunday against the San Francisco 49ers. Logan Mankins is one of several Patriots players who immediately withdrew from the Pro Bowl after the loss in the AFC Championship Game. Mankins gives his take on what went wrong for the Pats’ offense in a 28-13 loss to the Ravens. Logan Mankins joined WEEI in Boston with Mut and Lou to discuss the Baltimore Ravens executing in the second half to shut out the Patriots’ offense, the Ravens being more prepared for the Patriots’ hurry-up offense, the Patriots’ offense poorly handling clock management at the end of the first half, the Pats’ use of the hurry-up offense overall against the Ravens and watching the Super Bowl in two weeks. 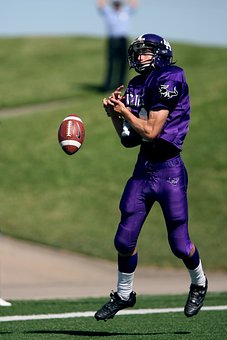 “Well they changed a little. They did some of the same things. Overall we didn’t execute good enough and we didn’t score any points. That’s what happens. You don’t score, you don’t win.”

Were the Ravens more prepared than the Texans were for the hurry-up offense?

“Oh definitely. They’ve got a good coordinator and you got Ray Lewis out there getting everyone lined up, so they did a good job. They played good defense and they showed it.”

Were you surprised that Tom Brady didn’t call a timeout near the end of the first half to allow you guys to run another play rather than having to go for the field goal?

“As linemen in that situation, we do what is told of us. We don’t pay attention to the clock. We know it is down close to zero, but if they say get on the ball and spike it, we are going to do that. If they are calling a play, we are doing that. If they call timeout, we are doing that, so that’s not our job to worry about that situation because if we wanted to call timeout we couldn’t anyway, so we are just doing whatever we were told.”

Did you use the hurry-up offense more or less than you guys had anticipated going into the game against the Ravens?

Will you watch the Super Bowl in a couple of weeks?

“It depends. My daughter usually has basketball on Sundays, so I’ve missed a bunch of those games. If she has one on that Sunday I will be there. If I am at home with nothing going on, I will watch the game for sure.”

Don Nelson on Getting the Hall Call: “I feel really unworthy to be quite honest with you”