Leonard Weaver Is Optimistic About Returning to the NFL

Eagles Pro Bowl fullback, Leonard Weaver, suffered a catastrophic knee injury during the first game of the year and missed the rest of last season.  On that carry, he suffered a torn ACL, a torn posterior lateral corner, and nerve damage in his left knee, which left him unable to lift his left foot.  Doctors performed three major surgeries to help him regain his ability to lift his foot and regain the stability he needs in his knee to support his big body.  During this volatile time in the NFL, as one can imagine, rehabbing an injury, especially a knee, has been hard for Weaver because of the uncertainty of his future and that of the NFL’s.  His displeasure and anger of the situation was clearly on display when he referenced and agreed to the ignorant slave remarks Adrian Peterson made after the lockout.  Since then he has apologized for that, but has since started to answer another question.  According to multiple reports, his career may be over, but Weaver hopes to play football again someday.  When that day will come is still up in the air.Leonard Weaver joined WIP in Philadelphia to talk about what last season was like for him, if having to rehab during the lockout is a difficult thing for him, his support of Adrian Peterson’s slavery comments and then subsequent apology, and if there is a lot of anger amongst the players right now. 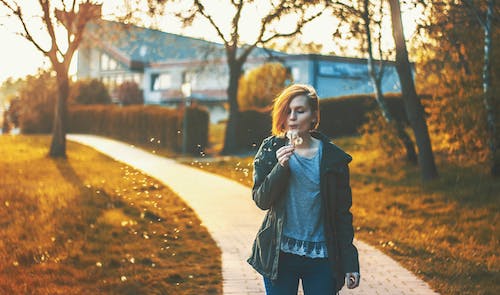 “It was good, I mean, it was hard in the beginning of course of getting hurt and going through an injury, but by any means I am so proud of how the guys really came out and responded…how guys stepped up, of course, Mike (Vick) stepping in went Kolb went down, McCoy having a great year, offensive line doing good, I am very proud of those guys.  Defense did a great job this year and man I am real proud of them.  It was a blessing to see them have the success that they had.” (Editor’s note:  The Eagles defense was not good.  They’re defense inside the red zone was historically bad.)

Whether he is ever going to play football again:

“Yeah there has been a lot of reports that have come out about I am not playing again. My thing is this, I serve a god who is able to do anything.  I do not listen to what people say or write, the bottom line is, it falls upon me, and I am optimistic about it.  I believe I can come back and play, and we are just going to come and see what happens.”

If having to rehab during the lockout is a difficult thing for him:

“Yeah, that is not only one of the things that is difficult but it is also difficult thinking about, ‘Man, what if this is my last season?’ as some people have written, you know.  A lot of things have been on my mind.  It has been very frustrating from so many angles…rehab has been frustrating at times because I am not getting sometimes the results I want to get right away, sometimes I am a little inpatient because I see myself being out there at the beginning of the year and I am not.  It is very, very frustrating, but you know what…That is something that I have to work through and we as players have to work through as well as the fans and hope that we can have a season this next season.”

Whether it was the frustration people heard when he backed up Adrian Peterson’s comments about slavery:

“It was a lot of frustration.  Like I said, I have apologized.  I am not going to apologize anymore.  I have made my statements and, basically my point is the principal of business.  You know the principle of business is we have owners and then we have employees and when the owners are going to take a hit then the employees have to take a hit, and it is up to the employees to whether they feel like, ‘Hey, I am not being appreciated or not.’  It is up to them to say, ‘Look, I am not going to take this bullcrap.  I am going to do what you have to do and you are going to do what you have to do.’  So those are the points I was trying to make, so man it came off the wrong way so I have apologized and no longer interested in doing that.  It is just time to move on from the situation.”

If there is a lot of anger amongst the players right now:

“It is man.  We are upset as players because our fans are upset, and we bust our butts, not only for the fans but as well as for the owners and it is upsetting for us as players because we love coming to work, we love performing, and we love entertaining and that is what we do man.  It is nothing like coming out to the football field pregame, you smell the hot dogs burning on the grill, you see the grass out there is greener than ever, and you see that common fan screaming for you and asking for your autograph, there is no other feeling like that, and we miss that as players and we are sad that things are not going the way that we want them to go.”