Lenny Dykstra, once at the pinnacle of the baseball world, is now fighting for his sanity and well-being in bankruptcy court after losing his fortune when the markets tanked two years ago.  After baseball, Dykstra owned a successful chain of car washes, which he sold and parlayed his $50 million earnings into his next venture: The Players Club.  TPC was a lifestyle and business venture specifically targeting professional athletes and that ended up being an epic failure.  He then turned his ambitions into playing the stock market and that eventually sputtered and faltered as well.  Dykstra, who once fashioned himself as a high-flying investor and stock guru, is now mired in debt and facing numerous lawsuits accusing him of fraud and financial impropriety, but according to him, JP Morgan’s predatory lending practice is the one at fault, not him.Lenny Dykstra joined WIP in Philly with Howard Eskin and Ike Reese to talk about why it took him so long to speak out publicly about his story, where things went wrong for him when he lost all of his money, and whether calling JP Morgan criminals is a big accusation. 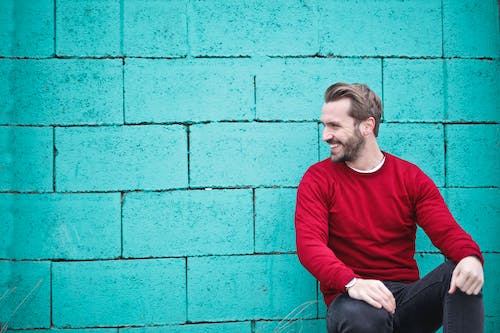 Why it took him so long to speak out publicly about his story:

“Anyway so here is the deal, other than that one thing, walking the talk, ok, I don’t like to talk about things that happened or, I am not looking for somebody to cry for me, I am not looking for someone to feel sorry for me.  I am looking for reality and the reality is, what have you done for me lately?  So it took me two years to get through this death chamber that they call ‘bankruptcy’ but you know the bottom line is, it is what it is and where I go is where I go and that is all that matters.”

Where things went wrong for him when he lost all of his money:

“It is very simple and it is called, predatory lending, meaning, look, I don’t want to get into this ‘new world order’ stuff.  I am a normal guy meaning I don’t believe in ghosts.  I am not afraid of the dark, a basic guy alright, meaning never in my life did I think there was such corporate crime.  JP Morgan, those guys are criminals.  They are criminals and they are going to have to pay.  Fireman’s Fund?  Criminals!  Meaning, I have to set an example and my example is the help through other people.  The bottom line is, I didn’t get stupid overnight, ok?  These people, some of the stuff I read, I don’t read much because I feel bad for my eyes, but I see some of the stuff, it’s insanity!  The only one that got this thing right was [Jim] Cramer.  Cramer.  Cramer has been the only guy right.”

Whether calling JP Morgan criminals is a big accusation:

“JP Morgan accusations?  Wait until you see it.  I got the facts, and my attorney in New York his name is Moshe Mortner, ok?  He is an orthodox Jewish man, great guy and one of the smartest guys that I have met, and we took on JP Morgan and we spun them around through the TILA, ok?  That is the Truth in Lending Act.   As you know they have a discretionary duty, all banks, to give you a loan and make sure that you qualify for that loan, and the bottom line is that is why this country is in the way it is right now and these families are being dismantled piece by piece because of these crazy banks, ok?  Now did I ever think I would be preaching on this?  No, I thought I was on this Earth to entertain people on the baseball field, which I was pretty good at.  As it turns out I am here for something else and that assistant company called it predatory lending recovery.  I can now show people how they can save their homes, ok?  There is two million people right now in foreclosure, five more million coming, ok?  What happens is they set you up to fail.  It is called equity stripping.”

Whether it was his responsibility to make sure he looked after himself and not sign a loan that was set up to fail:
“Howard, here is the deal.  When they tell you your payment is going to be this and it turns out to be that, and then you say to yourself, I’m only bringing in $125.  I mean you are not into bankrupting your own customer are you?  They were into it.  Yes, they were…and guess what?  I am not looking to whine.  Look, I had to go into the trenches and I went under the rail.  I looked like a submarine bro.  I went under and I fought through this, ok, and I executed everybody in my way.  Now.  Now, I am coming out because I can walk the talk.  I can stand tall.   I didn’t beg anybody.  I didn’t do anything.  I went under and took care of business, and now I am coming out and doing what I do.”

If he expects to come out with $150 million after his attorney does his job:

“No, come one Howard…  You know how I am man.  I like to play for in areas where there is a wide moat.  I like to save it away from the middle.  Meaning, with risk comes reward, ok?  Now, the only difference with me is that when I win I make sure I win before the game starts or I don’t play.  So I got into a situation here where I was lied to, defrauded and basically put into a predatory loan.  JP Morgan’s own expert on the stand said it was not only predatory or it was unconscionable.  That is when my attorney said that we stipulate him as our expert.”