LeGarrette Blount: Byron Hout Said Something “Way More Harsh And Disrespectful Than” ‘How About That Ass-whuppin?’

I’m sure LeGarrette Blount wants to move on to playing the LenDale White role behind Chris Johnson in the Tennessee Titans offense. It would be a great story to see him make the team, contribute and have a modest NFL career free from incident. In all honesty, I’m rooting for that (not to mention his status as fantasy sleeper/touchdown vulture). But the truth is that he punched a guy in the face on national television. Does anyone remember anything about the five seasons Kermit Washington played in the NBA (or the tremendous amount of charity he work he did in Africa) after he punched Rudy Tomjanovich? It’s a hard image to shake and will always be connected with Blount’s name. But why did he do it?Not that there is much, if anything, that can justify that type of physical violence, but more details are starting to come out. Byron Hout, the Boise State player Blount hit after Blount’s Oregon Ducks lost a physical 19-8 game in Boise in the college football season’s first big game of the year, is talking. Hout claims that all he said to Blount was “How about that ass-whuppin?” Not cool at all, but definitely not enough to induce a punch that would cost Blount much of his season and millions of dollars from a high NFL draft choice. Blount claims it was much worse, but isn’t opening up more than that. He’s dodged the topic long enough and may just want to tell his side of the story so he can move on and try to be LeGarrette Blount, Tennessee Titan runningback.LeGarrette Blount joined Isaac and Big Suke on KFXX in Portland to open up about what Boise State’s Byron Hout said to him before “the punch,” how he can make people forget about that night, why he decided to sign with the Tennessee Titans after having a deal in place to go to San Francisco and his chances of making the team behind Chris Johnson. 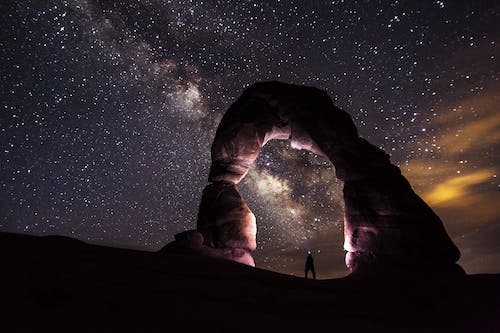 On if Byron Hout said “How about that ass-whuppin?” before “The Punch:”

“That was half the truth, but that’s not the whole thing. I’m not going to repeat what else he said. That was just a hostile environment there with the fans and the players. (Host: Did he say something personally offensive to you or about you?) Definitely. I’ve had people talking trash to me my whole career of football. Something like that is never going to trigger me to do what I did. Nothing like that is going to trigger me to act the way that I did – by saying ‘How about that ass-whuppin?’ He definitely said something way more harsh and disrespectful to me than what he said.”

On what would have happened if he had not been held back from the Boise State fans:

“By then, I knew what was going on. One of the fans hit me in the face and I kind of got pissed off about that. I didn’t have the intentions of going over the fence to go over there and actually try to fight those guys.”

On how to move past “The Punch:”

“Come out and play football and do everything I can or whatever I can to help people forget. For the most part, everyone has forgotten about it. Actually, you guys are the first people to bring it up in a long time. After the whole incident I told Coach Kelly to close me off from the media. I didn’t want to talk about it. He did it. He protected me from the media. I really appreciate it. He stuck with me through thick and thin.”

On his decision to sign with Tennessee instead of San Francisco:

“I thought that it was a better opportunity for me to come here with LenDale leaving and them not drafting a running back. I thought my chances were pretty good. San Francisco drafted Anthony Dixon which is another big running back like myself. I just didn’t understand where was my services needed if they got a guy exactly like him.”

On if he thinks he has earned a roster spot yet: