For the Miami Heat in the goal was simple. It was an NBA Championship. They made that clear in the introductory party that was thrown in Miami shortly after LeBron James, Dwyane Wade, and Chris Bosh all got together in the same offseason. The Heat fell short of that expectation though and even though many people pointed the finger at Chris Bosh throughout the season saying he was the weak link, that wasn’t the case in the NBA Finals. After squandering a big fourth quarter lead in game four and having the NBA Championship ripped from them by the Dallas Mavericks, it wasn’t Chris Bosh who deserved the criticism. The finger could only be pointed at one person. LeBron James. The self-proclaimed king turned into a prince and played the worst series of his life at the worst possible moment. 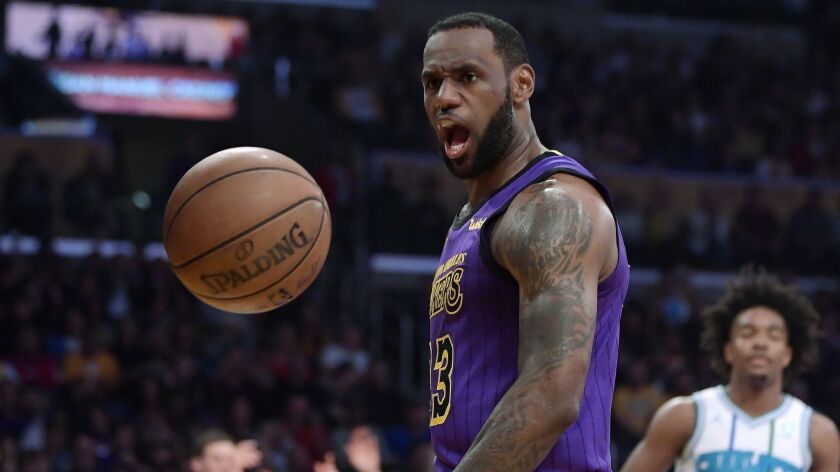 It led to questions about his heart, his toughness, and his guts. Now after watching the Mavericks celebrate an NBA Championship that was right there in James’ grasp and after an offseason filled with criticism about his shortcomings on the games’ biggest stage, LeBron James is back with a supposed post-up game looking to rebound after his biggest basketball failure and deliver on his decree to Miami fans. LeBron James joined 790 The Ticket in Miami on the Dan LeBatard Show with Stugotz to talk about what kind of tight end he thinks he would be if he played football for the Packers, whether or not he thinks about what it would be like to play in college, what he would do differently in the Finals a year ago, if he thought winning a championship would be easy, whether or not he thought it would be more fun, and what it was like for him shortly after the Heat lost in the Finals.

How successful he thinks he would be as an NFL tight end:

“I think I’d be successful. I don’t know the numbers, but with Aaron Rodgers anything is possible man. This is the year of the tight ends. With Jimmy Graham, Tony Gonzalez has been doing work all these years, (Rob) Gronkowski setting a tight end record for receiving touchdowns so I can see myself doing a little bit out there.”

Whether or not he thinks about what it would’ve been like to play in college:

“Absolutely and it always runs around like March Madness, that’s when I wish I had the opportunity to go to college. Getting to see those games and if you don’t win you go home, having your home fans going on the road and seeing the other fans and all the chants they have, yeah I miss it.”

What he would do differently in the Finals a year ago if he had the chance:

“I would do everything differently to see if we could change the outcome but you learn from those experiences and at the end of the day they have to help you get better for the next opportunity.”

Whether or not he thought winning an NBA Championship would be easy:

“I never thought it was going to be that easy. It’s all about team and I know how long it takes for camaraderie and team chemistry to come around. I knew it was going to be very challenging. Think we had 11 new guys or more than 10 new guys being on a team and all those guys had to play significant minutes and we didn’t know each other at all. It took us a while and we reached our goal but we didn’t come all the way through with it. We wanted to win the Finals but we fell a little short.”

If he thought it would’ve been more fun last year:

“Absolutely. For me, my whole life I have had a lot of fun playing the game of basketball and personally I kinda got away from that last year. I definitely lost that aspect of it my first year here in Miami, but I’m back to myself and looking forward to having it.”

How he handled things shortly after the loss in the Finals:

“You definitely didn’t want to be around me the first couple of weeks after the Finals. I kinda sheltered myself and covered myself away from everybody and it just gave me time to just sit back and think about ways I could become a better person, better man, and better basketball player. I was devastated. I’ve had a few low points in my life and that was definitely one of them.”

Whether or not he slept after losing in the Finals:

“I didn’t. (Host: For how long?) It took me about two or three weeks before I started to relax and started to move on just a little bit.”