Larry Fitzgerald: “Now we expect to go to the playoffs year in and year out…”

It doesn’t appear as if too much is expected of the Arizona Cardinals in 2010. With Kurt Warner opting to retire, the assumption is that Arizona will tail off quite a bit with Matt Leinart under center. Maybe so, but Coach Ken Whisenhunt has assembled a nice roster of talent on both sides of the ball that may just be a lot more complete unit that some are realizing. One guy who’s a safe bet to be productive is All World wide receiver Larry Fitzgerald, who actually had somewhat of a down year. Don’t count on that happening again, as it’s like that Leinart will look to Fitzgerald early and often as he acclimates himself to life as a starter.Fitzgerald joined WQYK in Tampa Bay with Shaun King and Toby David to talk about how Coach Ken Whisenhunt has transformed the Cardinals into perennial contenders, how he thinks the roster is more talented aside from losing Kurt Warner, the loss of Anquan Boldin, Donald Penn’s contract situation down in Tampa, and what he’s heard through the grapevine about young Buccaneers signal caller, Josh Freeman. 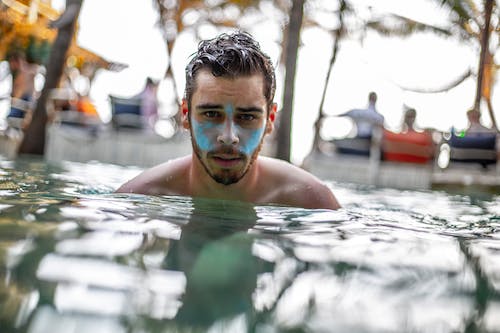 On being a part of the nucleus that has transformed Arizona into a perennial contender in recent years:

“It’s all about getting the right group of guys together. I think Coach Whisenhunt did a really good job of taking the talent that Denny Green brought in and just developing it and getting us moving in the right direction. So we’ve always had the talent…We just didn’t know how to win. I think you guys saw that down in Tampa several years ago when you were playing down at the Big Sombrero. You’ve got Derrick Brooks, you’ve got guys like Warren Sapp in there who changed the culture of the organization so that guys are suddenly expecting to win ball games. That’s kind of how we’ve done it here in Arizona. Now we expect to go to the playoffs year in and year out because we’ve got a great group of guys.”

On how things are looking at quarterback in the post Kurt Warner era:

“Well it’s going to be different. You lose a Hall of Famer, it’s going to be difficult to replace him. But I think we have more talent, besides losing Q [Anquan Boldin], but the development of Beanie Wells, and having our tight end improvement, you know, myself back, and going out and getting Alan Faneca and the depth we have at the offensive line now – I think we’re better than we were around the quarterback position. So I think there’s not going to be as much pressure on Matt, or Derek, or whoever’s going to play for us to have to do too much. They just have to do what they need to do and the guys around them will make plays for them.”

On the loss of Anquan Boldin:

“Well losing a competitor like Q is definitely going to hurt our team. He was a big part of what we were able to accomplish here over the years. One of the pieces of the foundation and losing him is going to hurt. So I don’t think there’s going to be any one guy that’s going to step up and do that role. I think we’re going to do it by committee and just have a couple guys go out there and play and be productive. I don’t think we can replace him, but we have some guys that are definitely going to step up and try to fill that void.”

Being that it’s a Tampa radio station, Fitzgerald was asked about Tampa’s young QB, Josh Freeman:

“Well I’ve heard he throws a really good ball. He’s got some leadership abilities, he’s a big guy, he can see over the pocket and he can make all the throws, pretty decent athlete. But I haven’t really seen much of it, these are just the things that I’ve heard…”

On what he thinks of Donald Penn’s contract situation and the general framework in which restricted free agents are dealing with at the moment:

“It’s really a tough situation to be in because as a player, when it’s your opportunity to get paid, you want to be compensated for the work that you’ve put in. But again, you have no control over it  – the CBA and what’s going on behind the scenes. So it’s really unfortunate, I feel bad for those guys. But I think it’s important to be there with your team and not lose the progress that you’ve been able to have. I mean, having success in the NFL is so difficult and that’s why I’m such a strong believer in if you can go out with your teammates and improve, it’s only going to raise your stock and make your team want to re-sign you even that much more because they’re going to know that you’re committed to them.”