Larry Bowa: MLB Has the Right to Investigate Alex Rodriguez

News broke yesterday that Major League Baseball officials are hoping to meet with Alex Rodriguez regarding his participation in some illegal, high stakes poker games. Reports that have come out say that Rodriguez has been warned repeatedly about playing in such games, particularly because of the other people who play in them and some of the activity thought to have occurred during them.It brings up the question of how much MLB should really be able to scrutinize players’ personal lives. On the one hand, Rodriguez should seemingly be able to choose the activities he wants to participate in, but if he’s hanging out with some seedy individuals, then it becomes a matter of conduct. As former MLB player, coach and manager Larry Bowa puts it, if you’re playing in a game with your neighbors, the league should probably butt out, but since it has warned A-Rod in the past, they’ve probably got a right to look into matters more closely.Larry Bowa joined 98.5 The Sports Hub in Boston with Massarotti and Bertrand to discuss the MLB’s rights when it comes to looking into players’ personal lives, how aware players are that the league would like they to not associate themselves with gambling, if players play cards on road trips, why the league probably has a right to investigate A-Rod, his personal opinion on A-Rod after working a few seasons and the best teams in baseball right now. 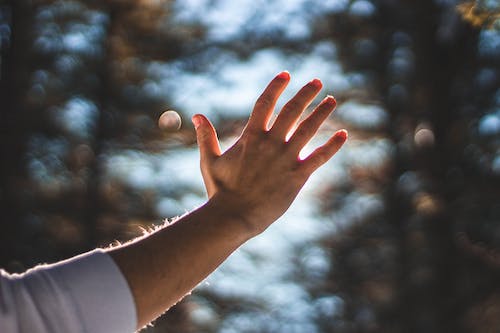 Does MLB have the right to look into players’ personal lives like they’re doing with this Alex Rodriguez deal?:

“That’s a tough question. I would think if the people that are associated with a card game, if they’re not good people or they have a reputation of being in trouble with the law, they have every right to. But I don’t understand if it’s your neighbor and you’re going next door to play poker with your buddies, if that’s a big deal. I think it all comes down to the people he’s associating himself with.”

How aware are players and managers of the fear that MLB has that its people would be associated with any form of gambling?:

“They’re very aware. They have meetings every spring training and people come in and tell you not to hang out with the wrong people, people trying to take advantage with you. … You’re warned. Believe me, you’re warned more than one time.”

We hear about card games on flights and such in the NBA, but is that common in MLB as well?:

More on the A-Rod situation:

“Alex was warned already once from MLB and obviously they felt it was necessary to warn him and now this has come up. And so I’m sure they’re going to look into it. I guess they have every right to look into it, especially with what’s going on in other sports, you have the basketball debacle with gambling.”

What were your personal opinions of him when you coached him for a couple seasons?:

“I had a great relationship with Alex as far as the work ethic was concerned. In the clubhouse, there were no problems. He was always in spring training, the first guy out there for extra work. What he did off the field, I have no idea. But if he saw me in a restaurant, he’d always pick up the check. As far as anything like that, or did I ever see him hang out with people that were shady? I can honestly say I didn’t when I was there.”

Are Boston and Philadelphia clearly the two best teams in baseball?:

“Yes, by far. I think Boston has the best hitting team I’ve seen in a long time, top to bottom. If Buchholz has a chance to come back, obviously that would help them a lot. … The one thing Boston does that impresses me is they hit good pitching. A lot of teams hit good, but they beat up on 4 and 5 guys. Boston hits good pitching and that’s why I think it’ll be a good matchup with the Phillies because the Phillies do have good pitching.”