Could Super Bowl XLV be the final game for LaMarr Woodley in a Pittsburgh Steelers uniform? Steeler Nation sure hopes not, but Woodley’s contract will be up after this year, and with the uncertainty surrounding the labor situation, not to mention how expensive Woodley might be to retain, it’s certainly possible.  For the season, Woodley registered 10 sacks, giving him a total of 39 QB takedowns in his first four years in the league. As good as he’s been in the regular season, Woodley’s been even better in the playoffs. He recently set an NFL record by recording at least one sack in six straight postseason games, a record he’ll look to extend two Sundays from now when the Steelers face Aaron Rodgers and the Packers in Super Bowl XLV.Woodley joined The Jim Rome Show to talk about whether he thinks the Steelers will benefit from having lots of guys with previous SB experience, what it was like running on to the field for his first SB back in ’08, whether he thinks it will be a shootout like when the teams last met in ’09, what the ‘Steeler way’ means to him and his teammates, the rich tradition of outstanding linebacker play throughout the Steelers’ history, whether he thinks this year’s defense is better than the ’08 unit, and his thoughts on his alma mater, Michigan, hiring Brady Hoke as its new head coach. 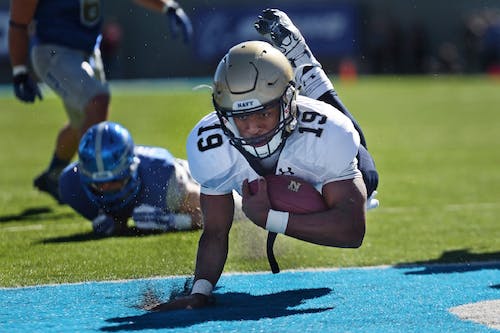 Whether he thinks the Steelers will have an advantage over the Packers because of their previous Super Bowl experience:

“It’s not just me but most of the guys on the team — either they were around for the Super Bowl back in ’05 before I got here, and most of the same guys were around in ’08. They just showed the young guys the correct way of doing the right things, and not getting caught up in all the hype and things and parties that’s going on around the city. We’re down here for one reason, and one reason only, and that’s to go out and win the Super Bowl.”

On what it was like running on to the field at the Super Bowl for the first time back in ’08:

“Well it was unbelievable because after watching the Super Bowl all these years and actually being in the game, you see all the cameras going off, you’re like man, this is really happening, I’m in the game. But now it’s time to go out and win the game. That’s what we did back in ’08.”

Whether he thinks it will be a shootout like it was the last time the two teams played in ’09:

“You know, hard nosed football, somebody that’s going to play each and every snap, somebody that’s going to be respectful on and off the field, those are the types of guys they bring in here. You know, guys they’re not thinking about themselves, they’re thinking about the team and putting the team in front of them. That’s why I think Pittsburgh has been successful even before I got here and still successful now — because of the type of guys they bring in here, the kind of character that these guys have on this team.”

Whether linebackers on the Steelers feel an obligation to hold up the rich tradition of LBs in Pittsburgh over the years:

If this year’s defense is better than the ’08 unit:

On the hiring of Brady Hoke at his alma mater Michigan:

“It was great because everybody always wanted a Michigan guy back in there. But it’s going to take some time to probably turn that team back around. I just don’t want us to get into that whole Michigan State thing where Michigan State was hiring and firing coaches. So we’re going to have to stick with Brady Hoke until we get that thing turned around.”