I love the NBA, I love what David Stern has done for the league, and I was giddy that the lockout was ending and the regular season was going to commence on Christmas Day. Yet every now and then something happens in the league that turns me off completely and makes me question why I even support the product. Yesterday was one of those days for me. Just one day before players around the NBA were set to report to camp and the lockout was going to officially end, a blockbuster trade started brewing between three teams: The New Orleans Hornets, the Los Angeles Lakers, and the Houston Rockets. The three team deal centered around Chris Paul, arguably the point guard in the game, heading to Los Angeles to team up with Kobe Bryant and make a run at another championship. It was a day to celebrate for Lakers fans and it was a day that would finally allow NBA fans to quit talking about basketball related income, luxury tax, amnesty clauses, and other issues that contributed to a shortened regular season. 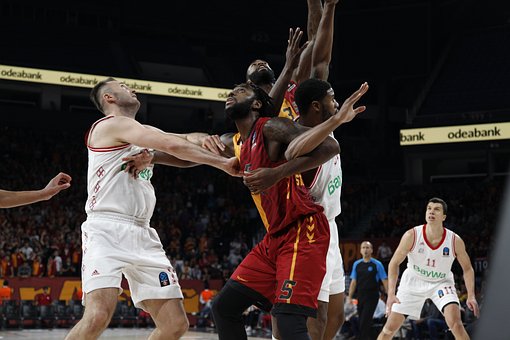 Instead of Chris Paul hopping on a plane to meet Kobe Bryant at the airport, he was told he would be staying in New Orleans. And why?

Because David Stern and the NBA decided to veto the trade saying it was in their best interest to have Chris Paul with the Hornets. Best interest for whom? Other owners around the league including Dan Gilbert, who fired off an e-mail where he sounded like a baby once again? How quickly we forget that he was completely fine with two lopsided deals that his franchise pulled off to get Shaquille O’Neal and Antawn Jamison.

The argument can be made that a team, owned by the league, can’t afford to lose its main attraction. The question is at what cost?

People around the league know that Chris Paul is not long for New Orleans. He is a free agent and has made his intentions of leaving very clear. The Hornets have no choice but to move Chris Paul and get something for him now. Not only would they have gotten something in the proposed deal, they would’ve made out as best they could and were thrilled with the haul they received. The Lakers were prepared to give up an All-Star Center (Pau Gasol), and the reigning Sixth Man of the Year (Lamar Odom). The Rockets were ready to trade away their two best players, Kevin Martin and Luis Scola. The Hornets were going to get exactly what they wanted out of the deal but yet it was vetoed. Someone tell me what was wrong with the trade.

Are you telling me Chris Paul is allowed to be traded, just not to Los Angeles?

That’s a great precedent to set. There are reasons why the NBA is losing fans and there is a reason why people have talked about the league being rigged. David Stern just gave more ammunition to all those people in a travesty of a decision that has spun the NBA into a chaotic state. Lamar Odom joined ESPN Radio in Los Angeles on the Stephen A. Smith Show to talk about the rumors that he has been traded to the New Orleans Hornets, whether or not he heard from the Lakers about possibly being traded, why he is so bummed about the possibility of being traded, why he thinks the Lakers might want to move him, if he is stunned that the Lakers look like they want to move him, and what he would like to say to the Los Angeles fans.

On the rumors that he has been traded to the Hornets:

“Yeah you know with those things you’ve got to let them happen first. If it happens I would think I wouldn’t be treated like a number. I had a dream that I walked into camp and there were people laughing. (Host: What did that dream mean to you?) I don’t know. I don’t know but it’s crazy. I thought I was gonna be here my whole life. Nothing happened yet and I would think I would get a call at least.”

Whether or not he or his agent has heard from the Lakers:

“Jeff did say that it could be a possibility.”

Whether or not he is bummed by the news:

“You know L.A. is home for me for more than one reason. At 19, came here and played for another team, the Clippers, and was able to win a championship and got that award last year that meant a lot. Felt like something was undone but I let it all hang out last. Maybe I rubbed people the wrong way with doing the show. (Host: You mean the reality show with Khloe Kardashian?) I don’t know. When things come up you start to wonder and start to guess. I thought I showed that doing other things didn’t affect me but maybe it affected other. I’m not sure. Again now I’m guessing because of what’s in the air.”

Whether or not he feels like the organization has an issue with him being on TV:

“I mean I got the 6th Man of the Year Award and my teammates came, but my coaches didn’t come to see me get the award. That was weird. We were in the playoffs and I was like maybe they are just scouting, in the room going over tape. I don’t know. If it does happen, it was a great time. I got to play in front of Jack (Nicholson), meet Denzel (Washington), I found my wife in LA, my family, and I had a lot of pride playing for them.”

If he is stunned by the news:

If he was surprised that the Lakers went out the way they did in the playoffs:

“Because I know sometimes you get to a time and a place in your life when you know they’re looking. (Host: Who is looking?) The league, you know everybody. No more sneaking up on people you know what I’m saying? You’re doing big things everywhere. We got the best player in Europe, arguably one of the best players ever and player they are comparing to Michael Jordan, we’ve got the youngest best center in the league, we’ve got Phil Jackson, and we wear the purple and gold. We’ve got this dude coming on TV. Coming on TV on Sunday twice. Some people are like to hell with that, we’re tired of seeing this. I felt that pressure and this is our time and we came up short. I was surprised that we didn’t respond to that pressure when everyone was watching.”

How he would feel if he gets traded:

“I can’t even say until it happens.”

“They already know how I feel. What’s home. My family is here. I feel like this is – LA is a part of me. Everywhere I go people show me a lot of love, I love the fans and who I was able to play in front of, the people I met, the connections, my book, it’s been a great ride, a great story, and it would be a great movie.”