If at first one blockbuster trade does not succeed, try try again. At least that appears to be the philosophy of the New Jersey Nets.The Nets, and general manager Billy King, were once hopeful they’d find a way to bring in Carmelo Anthony from Denver. Then the team declared itself out of the race for Anthony. Then, this week, it appeared they were back in before the Nuggets shipped Melo to the New York Knicks.One day later, the Nets went ahead and made a big deal anyway, snagging point guard Deron Williams from Utah on Wednesday. The Nets had to give up Derrick Favors, Devin Harris, a couple picks and some cash to do it, but they landed a premiere point guard to now build their team around with up-and-coming Brook Lopez.And, while he didn’t admit to anything of the sort in the following interview, King got the chance to steal some of the Knicks’ thunder.Billy King joined WFAN in New York with Joe and Evan to discuss how the deal came about so quickly, the reports Deron Williams wasn’t happy about it, if they’ll make more trades, if they were close to landing Carmelo Anthony, if the CBA is playing a role in the blockbusters at the deadline and how Williams makes the Nets better. 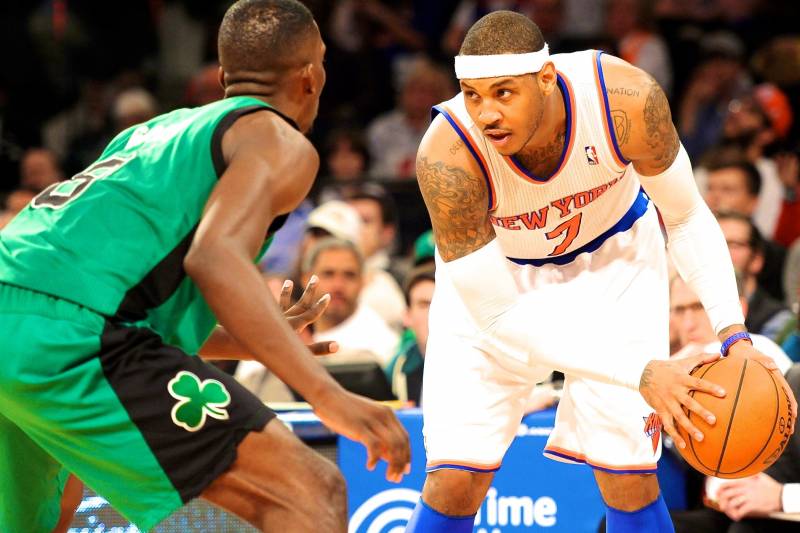 Where did this trade come from?:

“I had to move on yesterday morning and put a call in and I had it in the back of my mind that this is something I may propose down the road and I did and we discussed it a couple times yesterday and then this morning we came to an agreement.”

How close was he to moving Devin Harris before this?:

On the reports that Deron Williams isn’t happy with the trade:

“That’s not true. I’ve spoken to Deron. He’s excited and ecstatic. The one concern is his wife is due and having a baby, but he’s excited and ready to go. I told him what we have, $19 million in cap space this summer, we still have picks. … I said, ‘We’re going to build something special and you’re going to help lead us this way.’ And he’s excited about it.”

Could they make more trades?:

“It’s no secret of me, I will address the trade situation here soon and get something done with that.”

How close were they to getting Carmelo Anthony?:

“I know we had a great meeting with him and I think we had a great deal on the table with him and at the end of the day I think Denver chose to do the New York deal. That’s the deal they wanted. We knew that if New York added certain pieces that they would take their deal.”

How much is the labor uncertainty playing a role in these trade deadline deals?:

“I don’t think that’s it. I think you should look at it, there’s been major trades made like this. Jason Kidd was traded from Phoenix to the Nets. There have been a lot of blockbuster trades around this league at trade deadline time and I don’t think the CBA has anything to do with it.”

But how do you look at it when trying to figure out cap space going forward?:

“I think you just look at the fact that if you have that much now and you see what other people have. If the cap goes down, you’ve still got more than other people.”

On how Deron Williams can make players around him, including Brook Lopez, better:

“I think he will. I just think he’ll make a lot of people better because he’s great at running the pick and roll, great at shooting the 3-point, he’s got a strong body and he’s a great leader. I’m looking forward to seeing him play.”