It seems to be a forgone conclusion at this point that Duke guard Kyrie Irving will be selected by the Cleveland Cavaliers with the No. 1 overall pick in tonight’s NBA Draft. But good luck getting Irving to admit that before he hears his name called. Dan Patrick basically tried to do just that for nearly the entire following interview, pressing Irving on whether he’s heard he’ll go number one and whether he’s got his number picked out already. Irving does his best to laugh and brush off all of those questions, but let’s be honest, he knows what is going to happen. 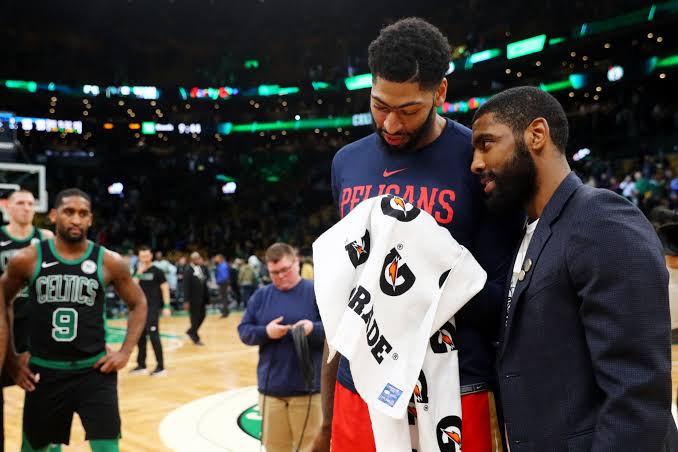 The Cavs have the No. 1 and the No. 4 overall picks, which makes a draft which many feel lacks a lot of superstar power pretty intriguing. The Cavs and Irving will likely make it official tonight, then he’ll have to wait and see who joins him as Cleveland tries to pick up the pieces after LeBron James’ departure.Kyrie Irving joined The Dan Patrick Show to discuss what he thinks will happen in tonight’s draft, what he’s heard from Mike Krzyzewski, why he’s not concerned about a foot injury that kept him from playing most of his freshman year at Duke, his strengths and if there will be any pressure to be the next LeBron.

Are you going to Cleveland?:

They haven’t told you?:

Have you shopped for housing in Cleveland yet?:

“No, I have not shopped for housing in Cleveland yet.”

What did Mike Krzyzewski say to you?:

“He just told me to enjoy this process, honestly, just take my time with it. He’s really supportive of me during this process and is going to continue to offer me wisdom.”

What’s more concerning to you, that you didn’t get to play a lot of college games or the toe injury that kept you from playing in those games?:

“I’m not even concerned about either one of those. More or less I’m concerned about the time management at the next level. I’ve heard there’s a lot of down time. Just getting used to playing back-to-backs and flying and taking care of your body and playing again. I just think that’s a transition that I’m going to have to experience myself.”

What is it that you do better than everyone else?:

“I just think my basketball IQ and the way I play the game. I’m an up-tempo kind of guy and I really excel on the fastbreak. Also, I can run a half-court offense. I just think I try to be the most complete point guard in general.”

How much pressure will there be to be the next LeBron James?:

“I’m not really looking to be the next LeBron James unless I grow about six inches in the next two hours or the next week or so. Right now, I’m just really looking forward to contributing to any team that wants to take me.”

Do you have a Cleveland Cavaliers colored tie for the draft?:

“No, no Dan, I’m not having a Cleveland Cavalier-colored tie on.”

Do you own one that you’ll be able to wear at your first press conference?:

“No, I don’t have a Cleveland Cavalier tie prepared.”

What’s your number in Cleveland?:

“In the NBA, Dan, I think hopefully my number will either be number 1 or number 11.”

Who are you most looking forward to guarding?: