In 1999, after one of the more unique 14 season careers in NBA history, Kurt Rambis took the reigns of a Los Angeles Lakers team with which he played nine of those seasons. Even if it was for the latter portion of a strike-shortened season after Del Harris’ firing, Rambis got his shot as a head coach very early at the age of 40. His team responded by winning 65% of its games before being swept by the San Antonio Spurs in the Western Conference Semifinals. Enter Phil Jackson. Rambis spent time in the Lakers’ front office and as an assistant coach to Jackson, but he didn’t get another shot at head coach until last season, 11 years after his first, successful stint. That season didn’t go as well. Apparently Shaq and Kobe don’t play for the Timberwolves. In a year when eight Western Conference teams won 50 games, Minnesota finished the year with just 15 wins. No other team, but the Nets won less than 25. The luck hasn’t improved through the draft. Last season’s top pick for the Timberwolves, Ricky Rubio, is still in Spain and doubts linger about whether he will ever play for Minnesota. This season, the Timberwolves had the second best chance to win the lottery – and ended up with the fourth choice. Not to mention that the previous top pick to Rubio, Kevin Love, has proven that he cannot coexist well on the court with the Timberwolves’ best player, Al Jefferson. 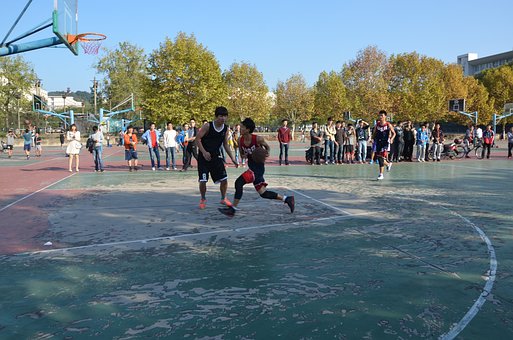 The Timberwolves have a long way to go. Can Rambis be the man who takes them to down it?

On if he will be disappointed if he does not get to coach Ricky Rubio:

“Even when he does come and he will eventually be playing for the Timberwolves, it’s not going to be everything resolved in his first year. He’s still going to have to grow and have experiences playing in this league. It’s going to take two or three years after he gets here to get to some level. I’m excited about coaching him and I believe he’s going to be in a Timberwolves uniform after next season.”

On if he believes that the Wolves can succeed with Al Jefferson and Kevin Love playing together:

“Not for extended minutes, no. I don’t believe that. Particularly when matchups become so critically important in the playoffs and you look at athleticism, speed, quickness, length, teams that can shoot from the outside, it just makes it very difficult. They’re basically two power forwards…. We still feel like they are integral parts of our team, but we know that we need to add pieces.”

On Kobe Bryant and the Lakers in Game Five:

“I saw a Laker team that was stagnant. I saw an awful lot of players that were either indecisive, non-aggressive or making improper decisions when it came to executing shots or sequences offensively. It was just stagnant. It was dead. I thought that he did a good job of jump starting the team to motivating them to play better. But, in a lot of ways it didn’t. The players didn’t seem to ride his coattails of momentum. They just stood around and watched him – which puts a lot of pressure on him. I can’t tell you how many times they are executing their offense and they pass up 2-3 shots. Finally, Kobe gets the ball in his hands and he has to find his shot… This is where he has to move the basketball on and his team has to step up. I think that fine line was not adhered to. It usually is with him. But in that ballgame, more of the responsibility falls on his teammates. They weren’t executing. They weren’t being aggressive. They were being very timid last night. That’s why he had to step up. I don’t think he had a choice.”

On Pau Gasol’s regression during the series:

“I think Pau really made an adjustment after the Lakers lost to the Celtics two playoffs ago. Throughout the playoffs, Pau did a lot of bitching and complaining and whining to the referees. Then the following year, when the Lakers won the championship against Orlando, that year Pau did a great job of just playing. He absorbed a lot of abuse. I think it got a point where teams saw that they couldn’t intimidate him. They couldn’t take him out of the game by being physical with him. Then they had to deal with two players. They had to deal with Pau and they had to deal with Kobe. I told him in Orlando after we won that championship that he was the biggest reason why we won that championship because he learned that lesson. He started that way against the Celtics, but… it just looks to me like he is tired. He still has that aggressive mindset, but just physically he cannot absorb the punishment that the Celtics are putting out.”

On which attribute the Timberwolves need to add:

“Clearly, we need competitors. We need hard workers. I’ve even talked about an essence of nastiness that you need to have. When you look at those really competitive people, they’re just driven and they overcome a lot of obstacles in order to achieve their goals. But that has to be followed up by having a certain level of talent as well and size… When you just look at the teams that are playing for an NBA championship right now, those teams are very talented. They have talented players on them. We have to add that sort of talent along with the competitiveness.”

And on flopping in the NBA Playoffs:

“There’s a difference between when a player is actually fouled and he just does a good job of adding a little bit extra to it to sell it to the referees and when there is an awful lot of flopping going on by the players. I just feel like if the players are not rewarded for their flopping, then they will just quit doing it because they are not getting any sort of reward. It’s up to the referees to do a great job of deciphering what is a flop and what is actual contact. They have to a good job of studying players and studying physical actions to see if that would actually cause that behavior by a player. There are so many things that players do that, just physically, they wouldn’t move in that direction from a certain perspective. Some of it just doesn’t make any sense… It would change the behavior if they just ignored it. I don’t know if they need to punish the flopper, but if they just ignore it, it will slowly go away.”