Kurt Busch Looks To Sweep Both Atlanta Races This Season

With two races to go before the Chase begins, the next stop for NASCAR is Sunday’s Emory Healthcare 500 at Atlanta Motor Speedway.  There are a few drivers on the bubble that have a chance to win at AMS that could help improve their position in the points standings.  Miller Lite Dodge driver Kurt Busch is currently tenth in points and is one of the favorite to win the race after capturing the checkered flag in Atlanta in March.  In fact, Busch has won two out of the last three races, and seven top-ten finishes in nineteen starts at Atlanta. 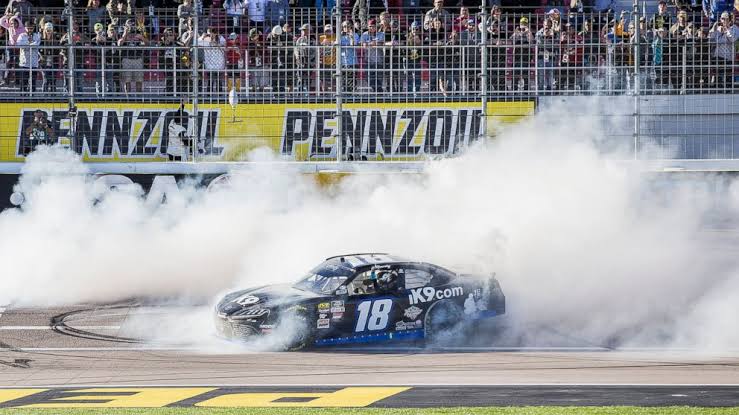 He is hoping to continue that level of competitive strength this weekend and send him into the Chase with the best chances possible to claim his second series championship.  If he finishes ninth or better with no laps led; tenth or better with at least one lap led or eleventh or better with the most laps led, Busch can clinch a spot in the Chase this weekend and join Kevin Harvick and Jeff Gordon as the only other drivers to have already clinched spots in the top-twelve.Kurt Busch on 790 the Zone in Atlanta to talk about what goes on during a race that gets him angry, what it is about Atlanta Motor Speedway that works so well for him, and on the notion that his brother Kyle likes the booing he gets from the crowd and how that fuels his fire.

What goes on during a race that gets him angry:

“It has got to be just one of those circumstances that happens out on the track where a driver makes a mistake or does something intentionally to spin you out or wreck you, just do something completely stupid.  Then you have those days where you blow your motor or your team gives you a bad pit stop.  That is just part of it when your own team does something.  You have got to deal with that because you win as a team together and you die as a team together, but if a another competitor does a quick jab at you or something wrong that is when the blood gets pumping.”

What it is about Atlanta Motor Speedway that works so well for him:

“It is a fun race track and it is really cool how you can race there in any groove, low groove, middle groove, high groove.  Just depends on when your tires start to fade a little bit on your car and you have got to adjust your racing line.  That is what is so fun about it is that just the options you have in Atlanta and if your car is not perfect, you change your line around and you find something different.  All of the race fans that go there get a great front row seat action in seeing the drivers slide coming out of the corners, and we are doing 180 while we are doing it.”

Whether he knows right away when someone intentionally wrecks him:

“Yeah you got a pretty good sense of it but then there are those times where you watch the tape and you see that there was as third party involved or something that couldn’t avoid and something happened but most of the time you pretty much have to have a good understanding because you have to know all the time who you are racing around whether it is a rookie or a veteran or somebody that you had run-ins with.”

What he would do if his brother Kyle ever wrecks him and whether they would just fight right there on the track:

“That hasn’t happened.  We’ve raced each other pretty clean over the years.  There is a good incident we had at the All Star Race a few years back where he passed me front solo on the straightaway and I thought he was on the grass, so I said, ‘If you want to go that low, here I am going to give you the low line going into turn one.’  So I pinched him down and he ended up spinning out and wrecking us both.”

On the notion that his brother Kyle likes the booing he gets from the crowd and how that fuels his fire:

“Yeah he has definitely done an interesting job handling the media, enticing the fans, doing the things that he has done to be a different type of person out on the race track.”

Which race car driver he has ‘beef’ with:

“There are plenty of guys that each driver has on their list and for me I have learned that it is better to have more friends than enemies on your list.  Right now, the four-time champion Jimmie Johnson keep running into each other and my scorecard ends up going into the wrong favor every time.  If I have to race Jimmie pretty hard, you will see that coming up.”