OJ Mayo and the Grizzlies take on the NBA’s defending champions, the Los Angeles Lakers, tonight in what will sure be a strong test for Mayo.  Kobe Bryant is expected to return from an ankle injury and Mayo is going to get the dreaded assignment of trying to guard the game’s most skilled offensive player, but he is not backing down.  As a heralded player coming out of high school, Mayo was known for his offensive skills and not so much for his defense.  After spending a year at USC, Coach Tim Floyd instilled in him that in order to be a great player you need to be able to defend.  That is something that Mayo took to heart and he has vastly improved his defense since his arrival in the NBA. He is still not up to par to guard Kobe, but going up against the best should help him polish his defensive skills and who knows, maybe Mayo will get the best of Kobe this time.OJ Mayo joined ESPN Los Angeles to talk about whether the team uses games against great teams like the Lakers as a measuring stick for their success, whether making the playoffs would be considered a success, and whether he wants Kobe Bryant to play tonight. 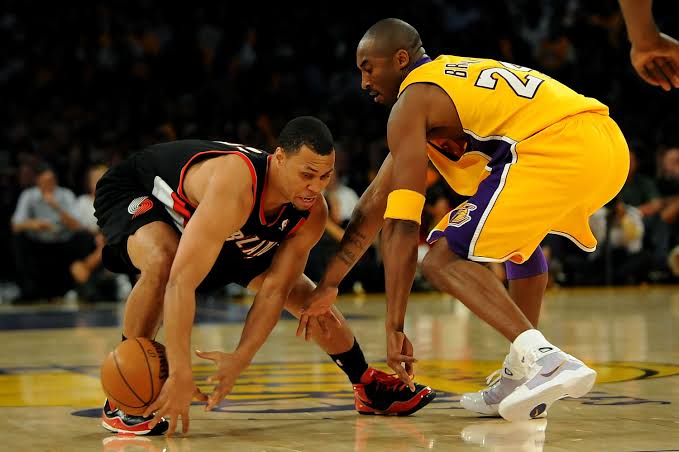 Whether the team uses games against great teams like the Lakers as a measuring stick for their success:

“Well team wise, we use a game like the Lakers game to gauge where we are as a team and obviously they seem to have every piece to build a winning organization.  We are a young team right now and we just use our team against them just to gauge where we are into the Western Conference and then to a man and see where we get better at.”

Whether playing games that have importance is an adjustment for the team:

“I think so.  I think earlier in our win streak we caught a lot of teams by surprise and then we kind of found ourselves in a groove and a rhythm and won some big games then I think we got kind of in a relaxed mode and then teams definitely started gearing up for us and understanding that we were a team to be reckoned with.  I think we just needed to focus and bring our intensity up another level or just stay on track and try to change the organization around and have the opportunity to play for the playoffs.”

Whether making the playoffs would be considered a success:

“Well, it definitely is our goal to make it to the playoffs.  I think realistically at the beginning of the season we wanted to be a much better team than we were last year and then we seen when we had the opportunity to make the playoffs as hot as we got and won some big games and had a big time home winning streak.  Now you just see the West and we go on a little slump and that fast you go from seventh to tenth and hopefully we can get one of these teams in the west to hopefully try and do the same thing we did to try and give us a chance to get back up in the eighth spot and have the opportunity to play for the playoffs”

What type of teammate Zach Randolph is:

“Zach Randolph has been a great guy in the locker room and I think he has had a roller coaster kind of career just starting off with the Portland team and how well they did when they had Rasheed, Sabonis and Steve Smith.  Then that kind of falling apart and just moving around a bit losing and I think he came into an opportunity where he came into a young team and this can be a big point in his career where he could turn it around and get some positive things going.  He has done a tremendous job on the court and he does a great job each and every night playing at a high level and I think he was well-deserved being in the All-Star game.”

Whether he wants Kobe to play tonight:

“I do want him to play.  Any time you look at the schedule you are going to look at the Lakers and Pau Gasol and the World Champions.  You look at Kobe Bryant and he is one of the best players in our league and still the best player in my eyes in our league and it is such an honor to go out and compete against him and lace them up and compete against him anytime.  I am really looking forward to playing him tomorrow and I hope he gets better and I heard the comment that if he wasn’t back Tuesday then people are going to get fired.  So I think everyone wants to keep their job and make sure that he comes to play.”

Whether there are any other guards in the league that posts up as much as Kobe Bryant does:

“Not too many people.  The only guy who does and I think is kind of underrated but he does a good deal of it against me is Joe Johnson.  He is a big two guard and does a great job at planting out at that mid-post.  Those are the only two and do a great deal of posting up at the two-position, against me.”

Whether going to college for a year helped him in any way:

“Well, I wish all guys go to college.  It’s a one time experience.  I can tell you one thing, Coach Tim Floyd did a great job helping my game.  I think whenever you are called the so-called stud in high school you tend to start doing things that aren’t good on the defensive end because you are so much better talently and so much better then the competition.  In college and playing for a coach like Coach Floyd was the big-time defensive minded coach really helped me prepare for this level.  Just mentally, it is good for you to mature and you are really kind of on your own in college and you have a different perspective on what is going on with yourself and life.  It is just a big transition and I think that it is great for college.  One year, two years or how ever many years you need for that maturity before you get to this NBA because it is a whole different lifestyle and if you are mature you can very easily be mislead and one or two year out this league and so I think college is a great thing for players.”