In case you didn’t hear, Kobe Bryant was fined $100,000 for barking an homophobic slur at NBA referee Bennie Adams during the Los Angeles Lakers’ victory over the San Antonio Spurs on Tuesday night. You can watch the video of the incident if you’re inclined, but  basically Kobe heads to the bench in the third quarter after picking up his fourth foul, then proceeds to get Adams’ attention with a loud call before sharing his anti-gay outburst with the official. On Wednesday night before the Lakers season finale against the Sacramento Kings, Bryant joined ESPN Radio Los Angeles to get a word in about what happened. To apologize presumably, but it didn’t exactly sound like that, not to me at least. Instead, all I heard was Bryant essentially say that what he did wasn’t wrong because he (1) didn’t actually mean that and (2) he was just caught up in the emotions of the game, something that’s common place in the NBA. Maybe both those things are true, but sheesh, just say you’re sorry and that you chose a terrible way to express your frustrations. The kicker for me though was his decision to appeal the fine. He talks about personal responsibility for one’s actions, but then admits that he’s appealing the ruling that he deserved to be fine. Bravo!  Maybe you’ll interpret his explanations differently, but color me unimpressed.Bryant joined ESPN Radio Los Angeles to talk about how frustration got the best of him during Tuesday night’s outburst, how he wasn’t being serious or literal with his derogatory remark to referee Bennie Adams, what he would say to Adams if he were sitting there during the interview, what he plans to say to gay and lesbian individuals as well as the groups and coalitions that represent them in the near future, how he feels he’s taking personal responsibility for his actions despite appealing the fine he received, how he was too caught up in the moment of the game to realize at the time that he had made a big mistake, and finally, a bit of basketball talk about the Lakers’ upcoming challenges as they try to repeat as NBA champions for the third consecutive year. 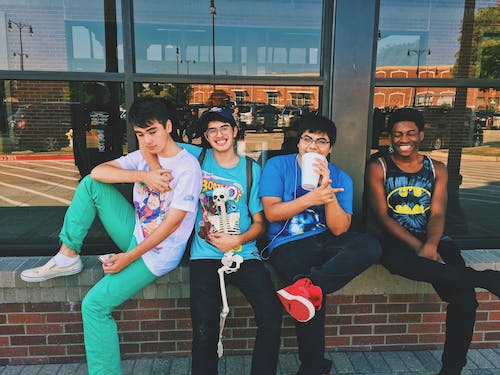 How he would explain Tuesday night’s unfortunate event:

“Just frustration. Pure frustration. When you’re in an emotional game and in the heat of the moment, you have outbursts and you say things. That doesn’t mean you mean what you say. But you know, you have emotional outbursts throughout the courses of games.”

On what he meant with his comment if it wasn’t something to be taken literally:

“Obviously nothing to that effect, which is why I wanted to talk about it. I mean, obviously I issued a statement and things of that nature, but the concern that I have is for those that follow what I say, or inspired by how I play or look to me as a role model or whatever it is, to not take what was said as something as a message of hate, or a license to degrade, or embarrass or tease. Because that’s something I don’t want to have happen. It’s important for me to talk about that issue because it’s important to be who you are, and I don’t want this issue to be a part of, or magnify, something that shouldn’t be.”

What would he say to Bennie Adams if he were sitting here now:

What he would say to groups that represent gays and lesbians, as well as to gay individuals themselves:

“Well I will be saying something to them, I will be talking to them, because I think out of this, it’s our responsibility as athletes and those who are in the spotlight to bring awareness to certain issues. Now where this stems from? It stems from a negative light, but it’s our responsibility to turn this into a positive and try to raise as much awareness as we possibly can and say that’s not okay. To insult and disrespect is not the right thing to do. So I will be saying something to them, saying plenty to them. And hopefully we can do some things to try to prohibit violence, prohibit hate crimes and things of that nature, because it’s extremely important to do that.”

If he will be appealing the fine levied against him today:

“We are appealing it. That’s just the typical protocol and what we do. What the response will be we’ll wait and see. But as an individual you have to be responsible for your own actions. The comment that I made, even though it was not meant as it is perceived to be, is nonetheless wrong. So it’s important to own that.”

If he thought that he had just made a big mistake right after letting the derogatory comment leave his mouth:

“I was thinking about the game, I wasn’t thinking about anything else. I was thinking about the game, how I’m sitting on the bench and this is a big game for us and we need to win it. Because I was in the moment and the emotions obviously of the game. So, being wrapped up in the moment and having those outbursts is totally normal. And hopefully other players will look at what happened with me and what I said and understand that if you have cameras around the league, there’s a lot of things being said that should not be said. So hopefully we’ll all kind of learn from this experience and follow suit.”

On what he thinks the most important thing for the Lakers to take care of as they try to three-peat:

“Effort, effort. Obviously there’s the execution of things to it like our rotations and minimizing those mistakes. But the effort and playing with energy every time you step out on the floor, you just play as hard as you can.”