For the last few years the Golden State Warriors have been known as a team that likes to get up and down the court in a hurry and light up the scoreboard as much as possible on offense. That strategy has led to them being one of the worst teams in the NBA recently and it seemed like that direction of the team was going to change with the addition of Mark Jackson on the sidelines. I guess not. With the 11th pick in the NBA Draft, the Warriors added sharpshooting Klay Thompson. Even though he flew under the radar for much of the season playing at Washington State, he was one of the best pure shooters in college basketball and along with Jimmer Fredette was the best shooter in the draft.With Monta Ellis’ name continuing to get floated around in trade talks, a shooting guard like Thompson could allow Stephen Curry to make the full-time switch to point guard. While the Golden State Warriors still look like a team that will continue to ignore the defensive end of the floor, they have shooters all over the court with Ellis, Curry, Dorrell Wright, and now the son of former NBA player Mychal Thompson. The Warriors look like they have the makings of being a dangerous offense. You know what Mark Jackson would say: Hand down. Man down.Klay Thompson joined Into the Night with Tony Bruno to talk about when he learned he was going to be drafted by the Warriors, whether or not he thought he would go as early as number 11, what he was told by Mark Jackson after he was drafted, what he learned from his dad, and when he felt he was ready for the NBA. 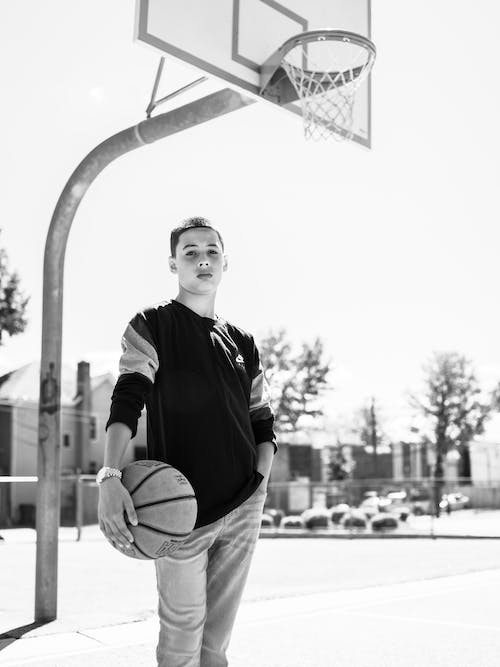 When he knew he was going to be drafted by the Warriors:

“About a minute before they made their selection just because the cameras circle your table, bring you over your hat, but until they call your name the weight of the world is on your shoulders waiting for that opportunity and man every good emotion went through my body at that time. It was a surreal moment for me.”

If he felt the Warriors at number 11 were a realistic landing spot:

“I thought I’d be in that area and I thought this was a perfect fit for me just with the style of play the Warriors play and the new direction that this organization is going, I think I can be a great asset to this team. Being a California kid I couldn’t be more excited to move back home.”

What message Mark Jackson gave him after being drafted:

“I talked to him briefly after I got drafted. He just told me to enjoy this process and enjoy the night. We didn’t really talk basketball, we just talked about what was going through my mind. He was grateful to have me here. I was just happy to talk to him and get his blessings. I knew he thought highly of me. I’m very excited to get to know the guys up there and the whole organization.”

What he learned from being around his dad, who was an NBA player:

“Yeah I grew up being around the game because he worked for the Blazers and Lakers when I was a kid. I was very blessed to be around both of those teams a lot, similar to Stephen Curry. I think we both got an edge growing up around the game. I think we can probably attribute our basketball IQ’s to growing up around that atmosphere. I’m just thankful my dad has always been there for me, he has so much knowledge about the game, and it’s a great feeling. It was a great moment that we got to share with each other.”

When he felt he was ready to be an NBA player:

“Probably coming into this year. I felt like I was ready and I felt like I was one of the better players in the Pac-10, if not the country, at my position. I just felt like I knew I could come in and make some noise this year  in the Pac-10. Each year at Washington State I added a new dimension to my game and I felt like I was finally ready to make that jump for my dreams. It’s crazy how they can find you nowadays. Even being in Pullman I got a lot of love from GM’s and scouts. I’m very grateful that they made that trip out. It’s not an easy trip and I just really appreciated that.”