They might not have as much talent as other teams around the league and their roster is full of youthful exuberance, but the Arizona Diamondbacks look like a team ready to take the division crown from the reigning World Champions. Not only does it look like Arizona has San Francisco’s number, but the D’Backs have won 13 of their last 15 games to open up a seven game lead in the NFL West with 19 games left on the schedule.A lot of the credit has to go to manger Kirk Gibson. Gibson has done an outstanding job in his second season keeping the team focused, not allowing a young roster to get too high or too low in a pennant race, and maximizing the team’s potential. While there have been a number of great stories in baseball like the Pirates and Indians early, the only team that has stayed at the top is Arizona and Gibson should be the Manager of the Year in the National League.Kirk Gibson joined KTAR in Phoenix with Burns and Gambo to talk about why the D’Backs have had so much success against Tim Lincecum, if he thinks the momentum shifted when Paul Goldschmidt hit the home run off Lincecum, what Aaron Hill has brought to Arizona, and who he plans to start third in his playoff rotation if they make it that far. 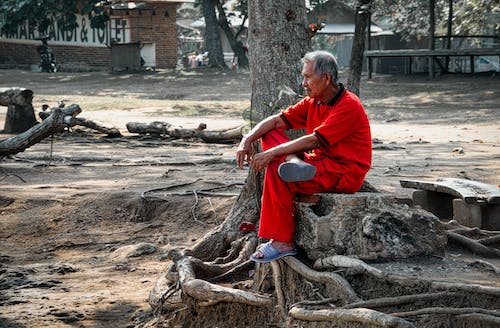 On why his team has had so much success against Tim Lincecum this year:

“I don’t know. I just think the guys have had a decent approach. The other thing is when you’ve got (Ian) Kennedy and (Daniel) Hudson on the mound they hang in there. It’s been a good pitching duel. You just kinda hang in there, hang in there and when there’s one mistake it’s huge. That’s kinda how we’ve knocked him out the last couple of times. Once it starts going we’ve tagged on and put a string of hits together. We’ve been patient with him, we’ve made him put some balls in the middle of the plate and we’ve responded. He can make you expand your zone sometimes and he’s very deceiving. We’ve done a better job of making him throw the ball over the plate and we’ve had great results.”

If he feels like the momentum shifted the other day when Paul Goldschmidt hit the home run off Lincecum:

“No not really. I think for Goldy to hit two home runs off him in back-to-back games probably surprised him a little bit. We know he’s got the power. You just kinda stay with your game plan, you don’t look over in the other dugout and say ‘oh they’re gonna roll over because we know better.’ They’re the World Champions and they’re not going to do that. Last year in August I got asked by Barry Bloom what was going on with Lincecum because he wasn’t throwing 95 anymore. I just said he’s got four good pitches. I think he’s throwing the ball great. I don’t think he lost another game. So that’s what they’re capable of. You always have to keep that in perspective. You have to remain humble about it and we do.”

How he would explain Aaron Hill’s jump in production since arriving in Arizona:

“Not trying to explain that. That’s what we hoped would happen. Defensively we thought he’d make us better. He really moves around. He’s got a real sense of where the pitch is gonna go, he’s very comfortable away from second base. Like I know when he gets farther away from second base maybe over in the three/four hole, more towards first base he communicates with the shortstop. That’s kinda the fear of second basemen. When they get too far away from the bag they can’t turn the double play but I would argue you’re playing the percentages of where the ball is going to be hit so if it is hit to the shortstop first of all you’re not really anticipating it being there but if it is then you just maybe have to concede no double play. On the other hand if they pull the ball like you think they’re gonna pull it and you know where we’re gonna pitch him then we’re gonna make many more plays. He’s made many, many more plays just as far as offensively he’s feeling much more comfortable and no matter where we put him he’s barreling the ball for us. He’s just comfortable with being in Arizona and on this team. I was talking with him last night for a while. What we’re focused on here is what he needed. The Eastern division where he was with the Yankees, Boston, and Tampa, they’re always playing for something a little different over there. You’ve gotta win 95 games to get in basically. Over here he walked into a situation where it’s totally team oriented. We only think about what we have to do to win the ballgame and nothing else. He’s refreshed by that.”

On who he plans on starting third in his playoff pitching rotation:

“Earmuffs. (Host: I would start (Josh) Collmenter in game three in a playoff series.) You’re welcome to discuss whatever you want. I’m gonna focus on this game tonight. Then the next game, the next game, and the next game. When it’s time to start thinking about those, when we’ve earned the right to think about that then it will be open for discussion. Until then I just don’t think it’s appropriate right now.”