Kim Kardashian Talks About Reggie Bush and Making it Rain

Kim Kardashian. Now that, folks, is a must-hear interview. Okay, it is a pretty funny scene when she appears with Jorge Sedano on 790 the Ticket, and while it might not be “must-hear,” it’s definitely worth a listen just to hear the many different possibilities of Kimmy K fumbling a question and turning it into a total nightmare.In the end though, she holds up pretty well, as she talks about photo shoots with Reggie Bush, making it rain in Miami, her cellulite, Jennifer Aniston being the hottest woman in America, and panty-sniffers. (She doesn’t like them, which is sad classy.) 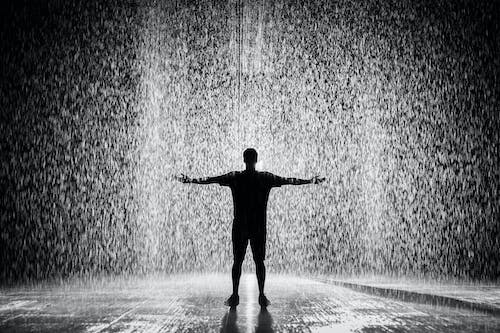 On the GQ photoshoot with Reggie Bush:

“Reggie had done the magazine before and they really liked the outcome of that so they wanted to do it this time with the both of us. It was our first shoot together, but we had a good time and we loved the pictures.”

“Yeah, of course all the time. He says the guys will have the pictures brought up to his locker and tape them to his locker. They all mess with each other all the time. They don’t take anything too seriously, Reggie definitely has a sense of humor.”Kim on airbrushing, and making it rain plus more pics of Kim and the full interview after the jump.

“I definitely am a fan of airbrush, but as far as your everyday stuff I don’t think anyone should do it now. There are all these programs you can do. I think that it’s really unrealistic and that’s why I posted it on my site first. I have a little bit of cellulite and who cares.”

On “making it rain” with Reggie Bush:

I don’t know. I wasn’t there … it was my sisters and Reggie, they were in Miami and I was at home in bed with the flu. I have no idea what they were doing, I think they were definitely having a good time and partying and Reggie’s birthday was the next day. That’s not really Reggie’s personality but that sounds like Khloe’s personality.