It appears the Boston Celtics have been underestimated all season long. The team that was once considered too old is now just one win away from capturing the Eastern Conference crown and advancing to the NBA Finals after their 94-90 win over the Miami Heat. What the Celtics have done since the Big Three was assembled and in this series against Miami is completely admirable. While Miami is wilting down the stretch of games and looking to the officials for some help, the Celtics have fought for 48 minutes every game, they have not taken possessions off, they have had role players step up in a huge way and they have shown the heart of a champion. The series isn’t officially over but with the way the Celtics are playing it would be hard to imagine anything other than another appearance in the NBA Finals for the Celtics. Keyon Dooling joined 98.5 the Sports Hub in Boston to talk about Miami complaining to the officials in transition, whether he always saw this kind of complaining from the players on Miami, if their defensive game plan is to shut down Dwyane Wade, how the team looks so fresh given how old they are and the fact that games are being played every other night, on the bench production for the Celtics and what he is going to say to fire up the team tomorrow before Game Six. 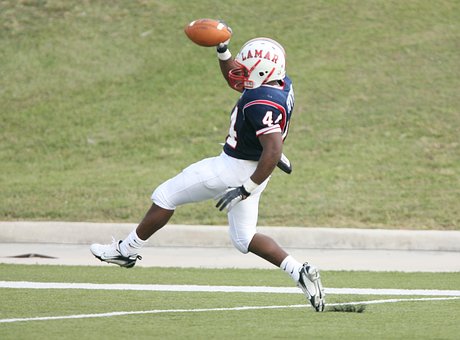 On Miami complaining to the officials:

“I want them to keep complaining. That’s fine with me. I hope they break that habit after this series so we can continue to take advantage of our fast break opportunities. Don’t let the cat out of the bag. Let them keep complaining.”

Whether he always saw this kind of complaining from the players on the Heat:

“When we see them complaining it means they’re frustrated. That means we’re doing our job, that means we’re aggravating them on defense, we’re agitating, we’re contesting shots and that means we’re making things hard for them so I kind of like to see that but it’s been a frustrating series for them. They thought they were just going to walk in and have their way with us and we saw it a little bit different.”

Whether the strategy on defense is to shut down Dwyane Wade:

“Obviously those guys are their marquee players. It’s impossible to stop those guys and it’s even harder to contain them. We’ve just been playing man. We want to stop everybody. We want our team defense to be impeccable. Kevin (Garnett) quarterbacks the whole thing from a defensive perspective the same way (Rajon) Rondo quarterbacks us on the offensive end. It’s been pretty fun.”

How the team has been able to stay so fresh despite their age and the fact that games are played every other night:

“Well we have a great training staff and I have to tip my hat to our guys. Our guys are like totally dedicated to their craft. You should see the way our guys prepare their bodies and prepare their minds and you should see the perfect balance of rest and mental work that Doc Rivers gives us as a team. It’s just a truly unique bunch. If we didn’t have as much experience and so many veterans like we have we wouldn’t be able to do the mental and physical challenges of these quick turnarounds but we have a very unique bunch of guys.”

If he can see Miami complaining to the officials as the game is going on:

“Those guys are so hard to stop that I don’t have time to hear them cry or complain. You don’t really see that until you watch the film. During the game it seems like those guys are always in attack mode. The moment you focus on them working the refs or trying to work the next possession sometimes you can take your eye off the play and they’ll be going and dunking the thing. We just try to stay focused and stay the course a little bit.”

On the play of Boston’s bench:

“We’ve been able to produce and not only in the scoring category. Everybody comes in with a defensive mentality first because you don’t want to make any mistakes on the defensive end. Your energy, your effort and your toughness, the playoffs are about toughness and it’s about the grind. We have a lot of guys who can step up on a lot of different occasions. (Mickael) Pietrus was great for us last game. I think his two offensive rebounds in the previous game and his offensive foul on LeBron kind of did something good for his mental because he knew he could affect the game by more ways than just scoring. Now that he had that run it kind of built into making shots and he’s feeling good. When he’s feeling good, he’s a confident player and he’s very critical for us.”

What he is going to say to fire up the team before Game Six:

“You’re putting too much pressure on me. I didn’t even think about it yet. I will have our guys ready. I don’t know what I’m going to say but you best believe I’m going to have our guys ready to run through a wall literally. We’re going to be so focused, we’re going to be so ready, we’re going to be feeding off the energy of our crowd and we have to go out there and do our thing. I’m not sure what I’m going to say but don’t worry, I’ll be thinking about it. I have to come up with some of my best stuff. (Host: Then get the fans ready.) Listen all my fans that are coming out tomorrow…see we don’t have to do themes in our arena. We don’t have to have ‘White Hot’ or themes because our fans are coming. They’re coming, they’re screaming, they’re yelling, they’re ready to go, Red (Auerbach) is looking down us, the banners are up, we’re crunk, we’re ready to go and it’s going down.”