Kevin Youkilis Defends John Lackey: “Anyone that wants to boo him and judge him, you might want to check yourself in the mirror.”

I’m not the biggest baseball fan these days, and I don’t have a horse in the famed Yankees-Red Sox rivalry, but I was very engaged and captivated by Kevin Youkilis’s interview this morning. Youkilis was well-spoken and opinionated on a wide range of topics which I’ve summarized first, and then transcribed below. The Red Sox of course are coming off a three-game sweep of the Yankees this past weekend, and they ran their winning streak to four games Monday night with a ninth inning rally to defeat Baltimore 8-7.  Game two of their series against the O’s was just one of several east coast games postponed Tuesday night due to rain. Let’s hear what Youkilis had to say earlier on Tuesday about the sweep of the Yankees, the difference between Joe Girardi and Terry Francona in his eyes, why fans need to get off John Lackey’s back, and much more.Youkilis joined The Hill-Man Morning Show on WAAF in Boston to talk about Boston’s impressive three-game sweep of the rival Yankees this past weekend, if he can relate as a competitor to what Jorge Posada is going through after being demoted to ninth in the Yankees’ lineup, Joe Girardi’s poor handling of the situation, this being the second communication snafu that Girardi has had recently (the first being with Jeter being scratched from the lineup when he was expecting to play), being glad that Terry Francona would never handle his players in that kind of way, why he thinks Boston has turned things around in the past week and a half, how much he loves hitting behind Adrian Gonzalez, why he’s not ready to strip Manny Ramirez of the crown as the best hitter he’s ever seen in favor of Gonzalez, how inconsistent umpiring accounts for why he’s been swinging at more pitches out of the zone this year, why he’s resolute on not letting that affect his approach at the plate moving forward, John Lackey’s struggles, his elbow injury, why he really wants people to get off Lackey’s back and start supporting him, and the Sox’s upcoming inter-league series with the Chicago Cubs. 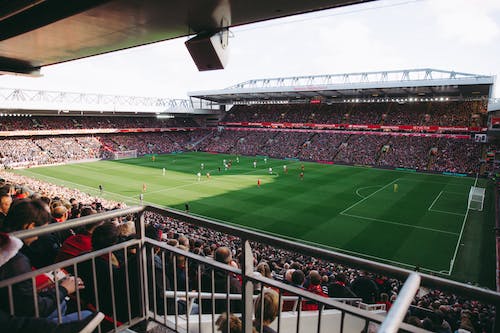 On the impressive three-game sweep of the Yankees this past weekend:

“Yeah, it definitely was a great weekend for us. We put together some good games offensively and defensively, and did everything that we needed to do. And that’s what we’re looking for. I know it’s a big deal that we beat the Yankees, but I think it’s just as big a deal that we were playing good baseball. So we don’t care who our opponent is right now, we just want to go out and win each series from here on out and just try to play the best baseball that we can.”

If he can relate as a competitor to the way Jorge Posada might be feeling or thinking after being demoted to ninth in the lineup:

“I don’t know, this whole thing has blown out of proportion in a lot of ways. I think it was poorly handled, and if that ever happened to me, I would be the first one to go to management and tell them ‘hey, you’re not really doing a great job here.’ I personally think, and with Tito and Theo, that never would have happened with us. That just doesn’t happen, that’s not the way we work. If a guy needs a day off, give him a day off. There’s no need to make it a scene like they did. And now they’re backtracking.”

On this being the second miscommunication that Girardi has had in about a week, the first being with accidentally scratching Derek Jeter from the lineup:

“The one thing I want to say too is I don’t think the sources, or the source on this and that — don’t believe all of it. I think a lot of it is people making up stuff, and I think a lot of people are saying this or that….and by the end of the line it’s not even close to what’s said at first . So it’s hard for me to believe everything that’s being said. But the only thing I can say, for me, I’m just glad and grateful for a manager that would never do that to me.”

On being glad that the Sox’s manager, Terry Francona, would never do that:

“Yeah, he’s great. But there’s guys that take days for whatever reasons; things come up.  People are laughing at the whole mental side, but if they’re not mentally prepared that day for baseball with the grind, whether it’s getting in at 3 am in the morning, something at home. I know a lot of people are frustrated and go ‘we paid good money!’ or this and that. But I tell you what, there are some days when you’re dragging mentally and you’ve got to push yourself through it. And it’s not about money or this, there’s just things that happen off the field that overtake and consume your thoughts.”

On what accounts for Boston’s turnaround recently and what it’s like hitting behind Adrian Gonzalez:

“Well I think the biggest thing when you’re hitting good is just winning. When you’re losing and hitting good, it doesn’t matter. It’s all kind of amplified by that. But for me personally, it’s kind of been a crazy year. I feel like I’m not hitting the ball that bad, but we haven’t had a lot of luck. I mean, even last night, I’ve never seen so many balls hit so hard right at people. I mean, we could have had 15 runs last night it seems like. But that’s just the way the game works sometimes. Last night we were very fortunate to find some holes at the end and get some breaks, but I’ll tell you hitting behind Adrian is awesome. I can’t believe I have as many RBIs as I do because this guy just clears the bases all the time. So it’s great, he’s a tremendous hitter, you can’t say enough good things about the way he hits. Somebody asked me last night if he was the best hitter I’ve ever seen in person and I said ‘woah, woah, I can’t go that far yet’ just for the fact that I played with Manny Ramirez who is one of the most amazing hitters you’ll ever see. So hopefully he’ll get to that level where we’ll look back and go this was the best hitter I’ve ever played with. So it’s incredible what he does.”

If he’d agree that he’s swinging at pitches outside the strike-zone more frequently this year:

“Yes, this year I’ve definitely swung at pitches that have been a little bit out of the zone. But there’s a reasoning for that.”
Knowing that Youk was alluding to, he was then asked just how bad and inconsistent umpires have been with

how they’ve been calling balls and strikes:

“The problem I have and it’s been a big issue and I won’t state, I can’t say it with my own words but it’s been a thing where I get outside because I don’t want to strike out looking. Which is the wrong mindset, it’s on me. I should be the one who says ‘you know what, I’m go to go up and hit, stick to my strengths, stick to my strike-zone, and whatever happens happens. And that’s what I’m going to do from here on out. I’ve just got to really stay with that mental picture that I put up in my head that ‘this is the zone, stay with it.’ There’s not much you can do, they’re going to call a ball a foot off the plate, everyone’s going to see it — it’s on TV, it’s on everything. There’s not much you can do about it. I know people are going to say the other side of that — ‘if you know they’re calling it, you got to swing at it.’ But that’s what happens when you start doing that. When you start expanding your strike-zone, that’s when you start swinging at bad pitches.”

On John Lackey going to the Disabled List and if he thinks that time away might be good for him:

“Well I think there’s a little something there, otherwise he wouldn’t have gone on the DL. I think he’s having some inflammation in his elbow or something like that which can mean a lot. It can mean he can’t control his pitches as well because he doesn’t have a good feel for the ball. He might have velocity but that might be from the shoulder or… I’m not a doctor or anything like that. But there’s just times if there’s something with your elbow, you just don’t get a feel for the ball. So the guy’s going through a really tough time in his life. So just sit back. And anyone that wants to boo him and judge him and that, you might want to check yourself in the mirror. Because there’s a lot of people going through some stuff that you will never ever go through in your life, so check yourself at the front door because you don’t understand how tough it is to deal with something that he’s going through in his life.”

On fans being more supportive of Lackey when he comes back from the DL:

“I hope so because it’s a lot more than baseball. I’m not the one here to say what it is, but there’s a lot more to it than baseball. And like I said earlier, there’s times when stuff happens off the field. I mean, at time it’s tough. It is tough. It’s tough to go to the ballpark, it’s very tough. So he’s dealing with a lot of stuff in his life and I think he’s going to turn it around.  And all of his teammates are there to support him, and Red Sox Nation is definitely behind him. They’ll come back back and support him well.”

Is he excited to be playing the Cubs in interleague play this weekend:

“The Cubbies! Yeah, it’s fun to play against the Cubs. It’s always fun going to Wrigley Field. It’d be more exciting I think to go to Wrigley Field when you get to play the Cubs because it’s fun there and it’s such a great city. Going to Wrigley is just a lot of fun. But it will be fun to have them here. The only thing not fun about playing the Cubs is that Sunday Night Baseball game again.”